Has the fate of Market Square been decided? 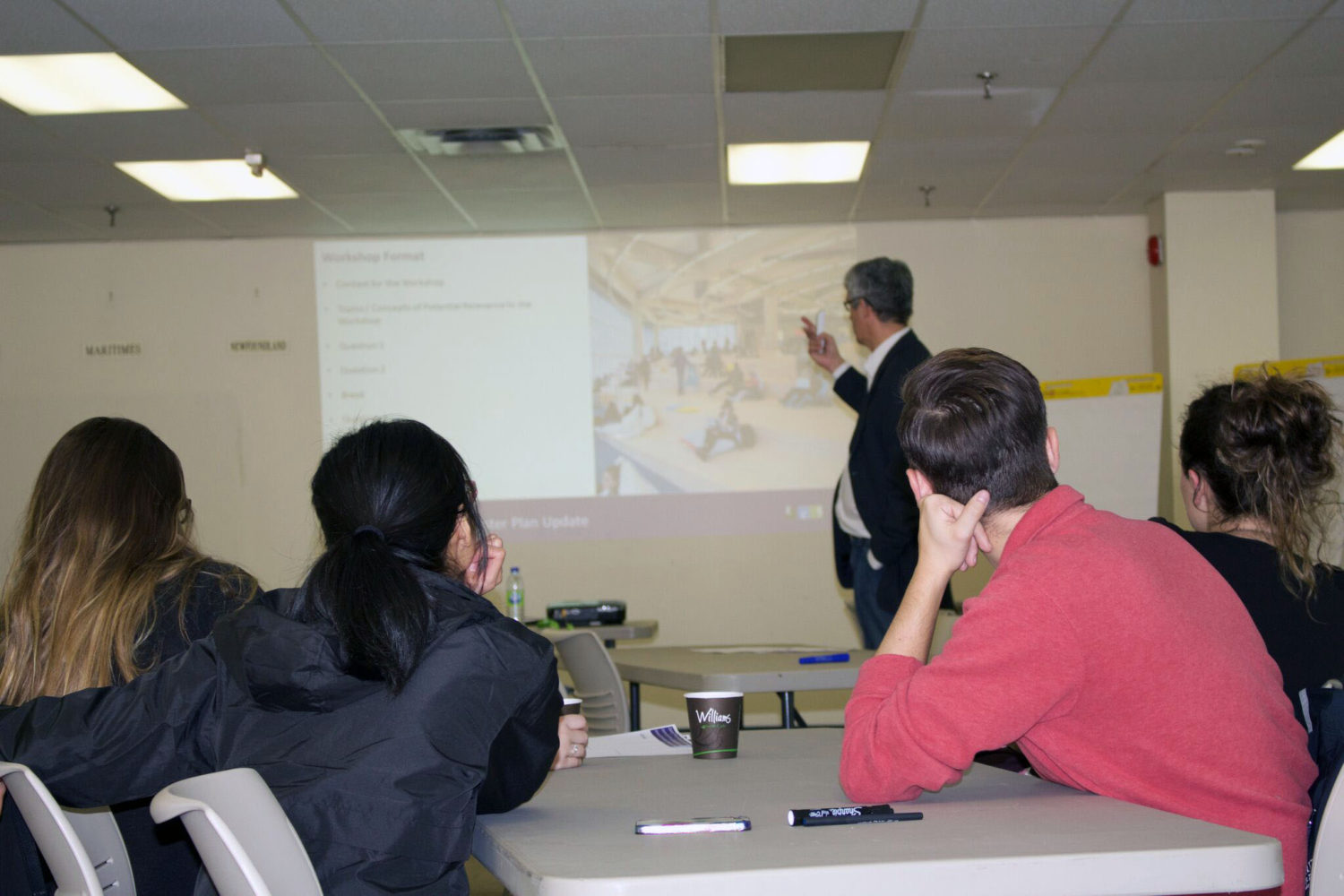 On Nov. 3, Laurier held its final town hall meeting about the future of Market Square.

At the meeting, groups were asked to answer a series of questions regarding future plans for Market Square. Questions pertained to topics such as the campus being tightly interwoven within the downtown Brantford community, as well as which university affairs should take place in the square and how those would impact campus life.

Students and faculty who attended saw positives in having the campus interwoven with downtown. Ideas such as easy access to stores, learning opportunities, BA partnership programs, volunteer opportunities, housing options and the variety of jobs available were all mentioned.

There were also some concerns voiced regarding the safety of students and not having enough spaces catered to only university students. There was also a concern that Brantford was becoming too reliant on Laurier to help fix issues in the downtown area. One student was concerned about the sustainability of local businesses once Market Square is updated.

There were many suggestions for non-academic use of the space Market Square has to offer. The most common idea was a 24-hour food court, so there would always be somewhere for students to get something to eat on campus. A larger study space, rooms available to be booked for studying or meetings, a convertible space for clubs to hold meetings and a space for holding events were all suggested.

The idea of an indoor park was also addressed where having places to eat and relax with some sort of plant life and possibly a slide.

It was suggested that Market Square may end up being the main campus building due to its size. This brought up the suggestion of relocating the info centre and adding a triage desk to the main floor of Market Square.

A multi-faith prayer space and some representation for the indigenous community were also suggested as a use of space.

Students and faculty struggled at first to come up with partnership and collaboration ideas, but after some time they came up with some great answers. The first suggestion was to have government services available for our international students, including help with passports and student visas.

The idea of having spaces for physicians, eye doctors, and a pharmacy on campus was also brought up. Having a Launch Pad similar to the one in Hanover was suggested so students would have the opportunity to work with young children on campus.

A place for community services such as social workers and a daycare were suggested because they would benefit students’ everyday lives as well as create more study and co-op opportunities for relevant programs on campus.

A research innovation hub, focused primarily on the Game Design and Development program was recommended as well. To go along with the focus of the game design program, the relocation of the world’s largest video game collection was suggested because it is already in Brantford, but needs a larger space. Becoming involved with other groups within the community that could help enhance the academic experience such as the Brant Historical Society was recommended as well.

The attendance for this meeting was not very high. It is possible that because the event wasn’t advertised on Laurier’s social media platforms, many students were unaware it was happening. The timing of the meeting could have also played a factor because many students have classes throughout the afternoon.

Even with the small attendance, many ideas were generated and the coordinators have many ideas to consider. At the end of the meeting, De Jocas explained that moving forward all suggestions would need to be taken into consideration along with the information from previous town hall meetings.