The fate of Arrowdale Golf Course 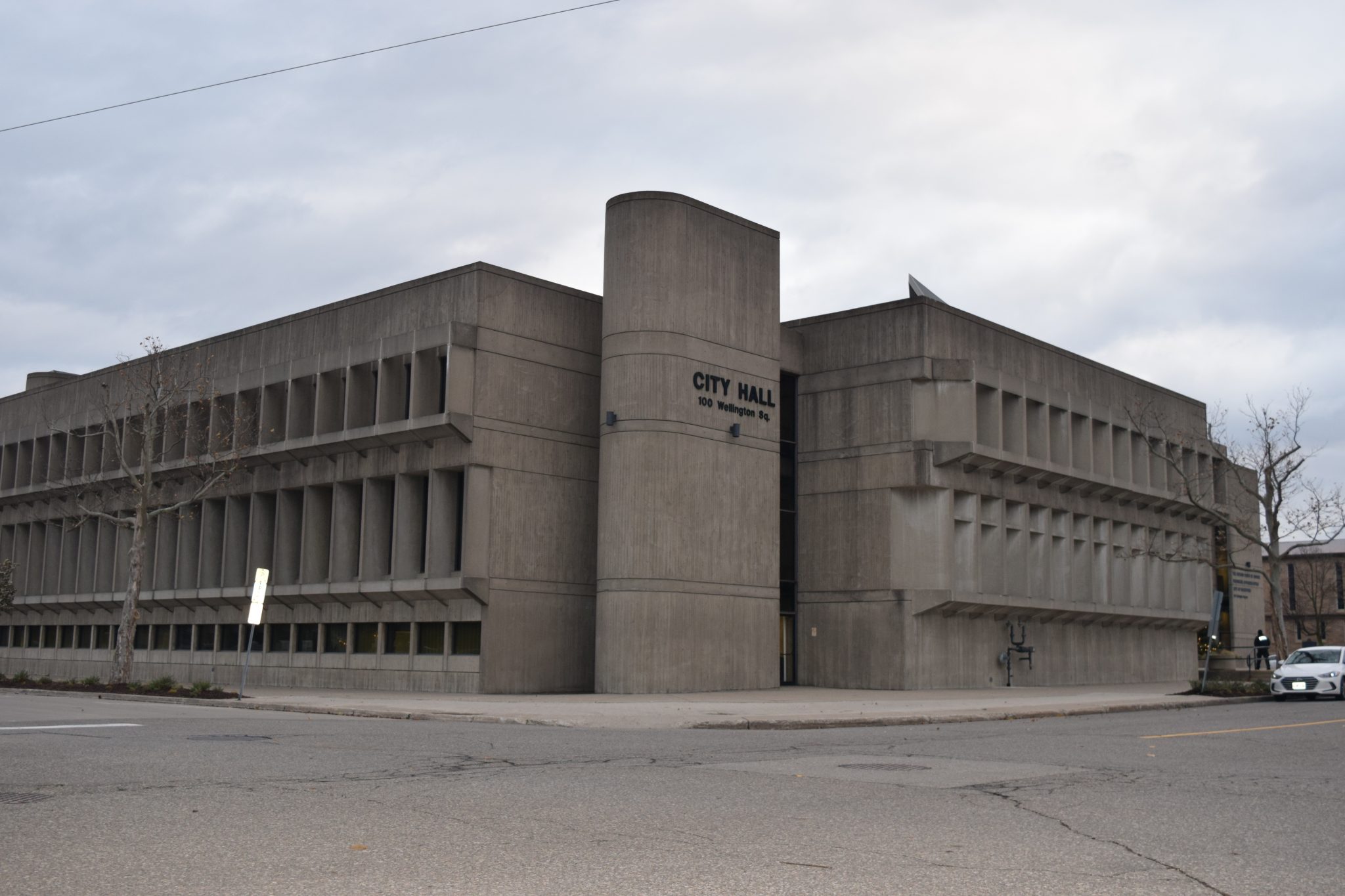 In a strong vote, Arrowdale golf course is to be sold to developers and the profits will go towards affordable housing.

In a vote on December 10, 2019, city council; voted 8 to 3 in favour of City Councillor Jan Vanderstelt’s motion which was ratified on Dec. 17.

Councillor Joshua Wall, who voted in favour of Councillor Vanderstelt’s motion, states on his Facebook that, “nearly no one from the public spoke up or spoke out… and my exact thoughts were this; why are we paying for a golf course… two of them… when we need places for people to live?”

Arrowdale is located in the neighborhoods along Elgin St., Stanley St., and Rawdon St. Many in these areas have built a strong connection to the local golf course.

For generations, the course gave many people happiness as local and out-of-town golfers enjoyed the oldest 9-hole course in North America.

Arrowdale is almost 100 years old, however its history dates back to 1883 with the Brantford Golf and Country Club. After being moved and redesigned as Arrowdale in 1908 it has not changed or moved like others in the nation.

The golf course is open year round unlike most courses. In the wintertime the hills provide many a place to go tobogganing with their families.

The golf course has deep historical roots in Brantford and many of the city’s elderly still go there for activities.

These decisions by the City Council and Mayor Kevin Davis would spark a series of protests by neighborhood members, golf enthusiasts, environmentalists, and historians alike around the downtown area in Harmony Square and in front of City Hall.

The fight continues to this day, as potential contract buyers for the property are not found yet and the movement against the sale and redevelopment continues to grow stronger.

This is not the first time the golf course has been on the chopping block.

According to Peter Sheere, organizer and one of the admins of the Friends of Arrowdale group, since 1996 they have kept fighting every four to five years when the issue is brought up by council.

In 2016, a proposition to sell the golf course was met with strong opposition by locals and was defeated. The city council of Brantford at the time promised that the course would then be invested into and maintained by the city.

However, three years later another motion led by Vanderstelt called for the sale and redevelopment of the course into affordable housing and a portion of it for parkland.

This motion was met with fury by many who have thought that the issue was tabled at 2016.

With the housing crisis and alarming amounts of homelessness all throughout the country, members of the city council saw it fit to get rid of the historic golf course and use the proceeds to attempt a solution to the crisis.

“If you think that subsidizing golf and the city operating a golf course(s) is more important than building affordable housing I’m willing to listen to whatever you have to say… I stand by my vote and I stand by the statements I made at council,” said Wall on Facebook.

A week prior to the vote, the property was pointed out as land that could be sold for close to $20 million to developers and possibly create approximately $3 million in tax revenue.

Three fellow councillors however strongly opposed the motion; Cheryl Antoski, Brian Van Tillborg, and Richard Carpenter. Who were also in the previous city council when the motion to help preserve Arrowdale was passed.

“Arrowdale has been on the block for a long time… it seems that affordable housing was a sacrificial lamb and it worked,” said Councillor Cheryl Antoski at the council meeting on Friday.

“We know that everyone [here] cares about affordable housing, but this is not about it… there’s a lot of different ways of addressing that,” she said.

The affordable housing argument was pushed hard by Councillor Wall and Vanderstelt as a means of pushing for the sale and eventual redevelopment of the property. However, there are those who claim that this argument is a ruse not based on empirical data but rather manipulates the emotional heartstrings of the people.

“It was the wrong way to go about it… it’s not big enough… we don’t need it all at once and we can’t build it all at once… why not find maybe ten other properties… I’m perplexed that we don’t have a vision and tell staff to go back and find some money,” argues Antoski.

In regards to the arguments made by Councillor Wall and others about them speaking to the public and nobody speaking out in support of Arrowdale, many in the Friends of Arrowdale meetings would beg to differ.

“They must be talking to a mirror or their personal friends… they surely weren’t speaking to community members most affected by all of it and those that live in the neighborhood,” said Carpenter.

“None of the housing that they are going to build on this land would be affordable,” he continued.

The vote on 2016 by city council was unanimous in support of Arrowdale and the maintenance of it, Antoski and Carpenter remembers, and money was promised to be used for the upkeep of the course.

However, it is argued that the funds did not come to the aid of Arrowdale as promised and led to the “continued decline” that some of the councillors saw. It was a shock to many how the process slid through city council in 2019 without the proper informing of the neighborhoods that would be affected and the city as a whole.

“The neighborhood here didn’t even know about it or that it was even up for discussion,” said Councillor Richard Carpenter, “they [city council] followed the minimum requirements under the Municipal Act and they could have done much better than that.”

“[The proposal] was rushed through in November and run through council during the busiest time of people’s lives, in the middle of the Christmas shopping season. People were only given two and a half hours to even give their opinion about it to councillors … you need to discuss it in a neighborhood or Ward meeting and that didn’t happen either,” said Carpenter

The councillors in favour of selling and redeveloping Arrowdale are questioned by many as possibly not having real interest in their affordable housing argument by some in the meetings. There are claims of affordable land outside the city that were sold off and none of it were used for affordable housing.

Some believe that those council members took advantage of the public’s attention on “tent cities” and the old police station becoming a homeless shelter to rush the motion without doing thorough research. There are many open properties in West Brantford or in the downtown area, many point out, that could be redeveloped for far less cost without the destruction of green space.

“The only one who moved resolutions for money from property that was sold to go into affordable housing account was me… nobody else moved that motion… that really tells you where their heads are at… and they expect everyone to give up and forget it by February,” states Councillor Richard Carpenter.

There were 19 properties sold from 2017 to 2019 by the city adding up to 40 million dollars, and much of that money remains unused for any potential affordable housing according to Peter Sheere.

However, the eight members who voted in favour of selling Arrowdale maintain their positions and keep pushing the argument that selling the golf course will be beneficial for those of lower income. Either through living in the proposed housing or the reduction of tax money needed to maintain the course.

Councillor Jan Vanderstelt and those on his side argue that the golf course is not making enough money, garnering only 146 official members in 2018.

Peter Sheere however argues that many of the the times recorded at Arrowdale in the past year far exceeds what only 146 members could do, stating that many golfers are non-members and come from many places.

Many on the side of preserving Arrowdale dismiss the idea that many in the community do not care, arguing that those whose opinions are apathetic to the motion are unaware and need to be educated to the effects this can take on the neighborhoods around and the city as a whole.

“[Arrowdale] encapsulates the sport, one of the original sports that included both men and women together in community, and instilled comradery lifting people up… clouding it as the only solution to the housing crisis is not acceptable,” said Lauren O’Neill  admin of Friends of Arrowdale page on Facebook.

The social impact on the community is questioned by both sides of the argument. pro-development side argues that this will be beneficial in providing construction and other skilled trades jobs into the area and giving many a chance to afford housing in a market that continues to struggle.

While pro-preservationists argue that many retirees and youth will lose the opportunities they have at the golf course as well as turn off the many who do want to move to Brantford away from metropolitan areas like the greater Toronto area.

The motion for the sale and redevelopment of Arrowdale has gotten local environmentalists to speak up as well. Some find hypocrisy in the council as they voted to declare a climate emergency in the same month.

They claim that Arrowdale provides the green space needed to keep the city beautiful and attractive to newcomers who want to get away from the hustle and bustle of the bigger city areas like Toronto and Hamilton.

Local history enthusiasts also declare that the reason many are attracted to the city is the historical side of Brantford.  By selling Arrowdale, they believe the city is becoming less attractive to newcomers, thus arguing that there would be a struggle in finding those willing to live in the housing proposed in the area.

As of right now, the property has not been sold and everyone is kept waiting until a developer takes on the project.

This article was updated on Jan. 22 to more accurately reflect the council decision.

4 thoughts on “The fate of Arrowdale Golf Course”