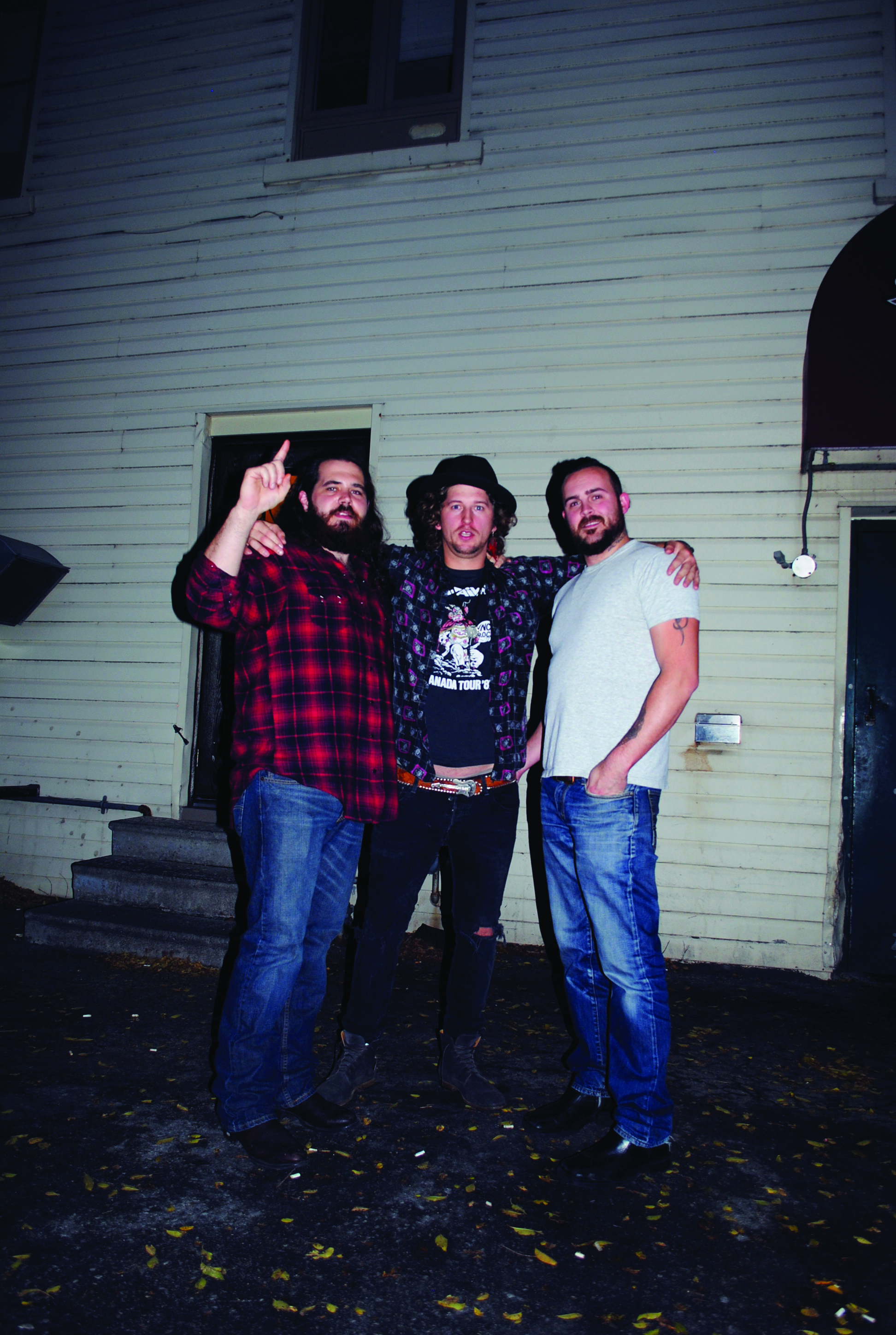 Flamingo Báy is a trio based in Hamilton, consisting of Kris Gies on bass and vocals, Vince Rankin on drums and vocals and Dillon Henningson on guitar and vocals. The band doesn’t come with all the bells and whistles like synths, extra percussions and keys, but they do play “Rock and Roll in its purest form,” something that can’t be said of most bands out there today. They play covers and originals, adding their own special touch to each tune. While playing live, they seem to tailor their performances directly to the audience and venue. I saw them live at a small bar in Mississauga and it’s really easy to over-perform in a place like that. Instead, they stayed mellow and performed with the exact amount of enthusiasm needed for that particular crowd. Flamingo Báy is sure to impress any crowd, at any location.

All answers below were answered by bassist Kris Gies.

How did you come up with the name “Flamingo Báy”? What’s the deal with the accent?

We’re still trying to figure that out.

How did you guys meet?

Dillon and I met playing hockey… he sticked me in the corner so we had to battle for a bit but eventually cooler heads prevailed. We are originally from Edmonton, Alberta. So when we travelled out here in January 2012, we placed ads online for drummers. Vince answered one of them and away we went.

Who are your biggest musical influences?

We all had a common favorite that we realized at our first jam and that is Matt Mays. I’d also say  Tom Petty, Led Zeppelin, The Band, Stone Temple Pilots and Queens of the Stone Age.

What are your day jobs?

I work at a warehouse that imports and distributes British Grocery and Candy. I call myself an importer/exporter hoping to one day work for Vandelay Industries. Vince is an educational assistant working with disabled kids, [he’s] a good guy. Dillon is a plumber and loves it.

How has the Hammer helped or hindered your musical career?

It’s definitely helped. When Dill and I first decided to move out East our goal was Toronto. We ended up in Hamilton and with it being a smaller city it was a bit easier to break in to the scene.

What are your favourite pre and post show rituals?

Pre-show, we all like to relax and have a few beers. Perhaps one of those “left handed” cigarettes. Post show is game-time. After shows I always feel like sitting in a hockey dressing room with half of my gear still on and a cooler full of beers next to me, but unfortunately we haven’t been able to pull that off just yet.

What vehicle do you use to get yourselves and your gear from point A to point B?

These days we use Vince’s Dodge pick-up. Before all he had was a little CRV (go-kart) so if we had to take all the drums and everything I would usually have to drive my Grand-Am as well…aka Jean Claude Grand Am.

What is the worst pet name you’ve ever gotten? (Presumably from your mom or partner)

I dunno, my mom calls me Stink. I never really questioned it, maybe I should. Vince is known as Wolverine to his real friends.

What is your guilty pleasure?