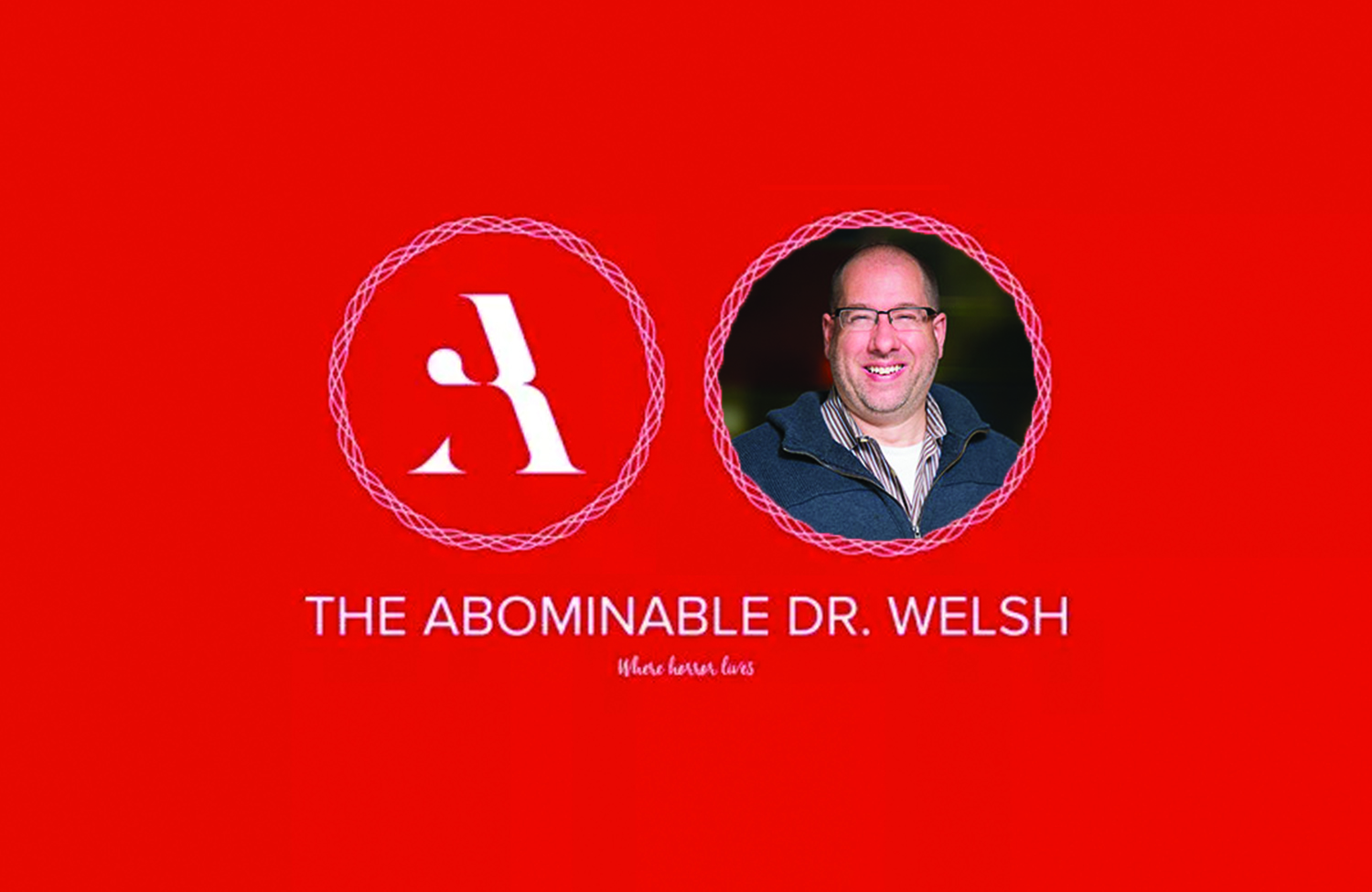 Have you ever wondered what your professor may be like outside of the classroom? Their interests and hobbies may influence the way that they teach. Here at Laurier Brantford, Dr. Andrew Welsh isn’t too shy to showcase his interests in his lessons. Carrying themes of media, and specifically the trends in horror films, throughout his criminology and psychology courses, Dr. Welsh is very open about his passion. But along with his passion for horror films in an academic setting, Dr. Welsh has dedicated his time to creating a blog called “The Abominable Dr. Welsh”, where he writes reviews of various horror movies and TV shows. From the classics to independent films, and even the horrible side of Netflix, Dr. Welsh writes about almost all aspects of the genre.

Launched on January 19, 2018, the blog has grown exponentially. With over a thousand followers on Twitter and Instagram and over 26,000 hits, the blog continues to grow – especially during the past two months. But these numbers weren’t evident when Dr. Welsh initially wanted to start the blog.

“I like to write. Before I decided to major in psychology, it’s what I did throughout my undergrad and all throughout school. In high school I wanted to be a writer and then I kind of just changed focus and I’ve always just had an interest in movies, TV and music. The first attempt I took was not well planned and was very [careless]. I wrote a little bit about every[thing]; music, album reviews, TV shows – so very unfocused. I was getting no followers and I [was] only publishing once every couple of … weeks, so it was not a sustained effort. I think since then I’ve come off and on… I mean I’ve got the time that I spend at work doing stuff as a professor; the marking, the research, the administrative piece, you know being a parent and taking care of them [his children], so it was something I wanted to do for me,” said Dr. Welsh.

Throughout the process of finding out what worked and what didn’t, the passion for writing remained the same for Dr. Welsh. But as a professor, the language he was using may have been a little too advanced for readers. As a part of the learning process, Dr. Welsh had to look further into analytics and learn about tagging the correct words to get the most views. As for anyone starting their hobby or trying to create an audience online, it can be very hard. As society changes, there are many new features and trends that one must stay on top of.

“In March, I asked to write for a blog called ‘Nightmare on Film Street’, which is much bigger, and they were looking for writers. They have a team of twenty people, so I thought it would be a good experience to do some kind of freelance, writing for someone else’s site. I learned very quickly the reason why they can get so much content on their blog, so everyday on their Facebook writers’ group they would list everything and a list of all the movies that were released, and someone may want to write about. Quickly what I learned was [by] writing small 300-word articles were like Variety, they would write articles on little movies. I am just one person, I don’t have time to do that, I can’t post five, six minutes a day… Its taken a lot of experimenting. I’ve tried different posts that just didn’t do well, maybe it’s timing, but I’ve learned the hard way and there is a lot of things you can do with WordPress that a lot of the analytics show you which posts are doing what,” said Dr. Welsh.

Along with finding out what kind of style did well with the blog’s demographic, Dr. Welsh used trial and error to figure out what aligned well with people’s interests. Bigger movies and the reviews that had been done on them were gaining more traction on sites such as Rotten Tomatoes and wouldn’t allow much notice to “The Abominable Dr. Welsh”. Trying to figure out what worked well with the blog was and still is a very big struggle, and always changing the content is a continuous learning process.

“It is not an academic blog, so it was not supposed to be written good. When I sat down and ended up wanting to write content on reviews and one of the things I wanted was to get someone to go onto Apply Movies, Google Play, and see what’s featured and be able to come to my blog and see those things being reviewed. You should be able to sit down and ask, ‘oh ‘Don’t Breathe’ is on this month on Netflix, I wonder if it’s any good?’ Now I’ve learned kind of the hard way that every week on Apple Movies, they dump [bad movies]. There are some movies that are so bad that there is no point in writing a review, not that it’s hard to write or it’s a bad review – actually bad movies are really fun to write – it’s just I’ve noticed people are going to watch those movies regardless. I’ve learned to be more strategic,” said Dr. Welsh.

Content isn’t the only thing to think about when starting a project. The various aspects of the way you present yourself determines further engagement and can alter the way your audience thinks and views your work. This can work as early on and as simply as the name of your project. Dr. Welsh figured this out very quickly; trying to figure out the name of his blog took a while but was worth it in the end. Dr. Welsh is a fan of classic horror and pulling references from the works of Vincent Price, an old horror actor, and so ‘The Abominable Dr. Welsh’ was born.

“Branding is important. [There is] a podcast called ‘The Faculty of Horror’ and I think the two leads are professors… I loved ‘The Faculty of Horror’, I thought it was a perfect name, but they already had it. In addition to horror films I really enjoy older films in general. One horror film that is my favourite is a little horror film [starring an] actor named Vincent Price. In the 50s, 60s and 70s he was famous for horror films and one of the films he did, and I always liked was ‘The Abominable Dr. Phibes’. It’s kind of like ‘Saw’ thirty years before they made ‘Saw’. So, I thought well, my title is Dr. Welsh, so there’s the perfect horror idea, ‘The Abominable Dr. Welsh’. Older horror fans would instantly recognize that and say, ‘yeah I get that’ and even if you don’t recognize it, abominable sounds bad, so that took a while to come up with because branding makes a difference,” said Dr. Welsh.

As the blog continues to grow, Dr. Welsh sees the potential for other writers to join in and write for the blog. As a professor creating content for courses, marking work, continuing research, and taking care of his family, has such a busy schedule that writing for the blog sometimes seems impossible.

“Even doing one [article] day eventually is becoming [hard]. I’ve noticed that, for example, TV show reviews, that’s hard. Even something as simple as ‘The Haunting of Hill House’ with 12 episodes, well that’s 12 episodes, right? It’s challenging, that’s where I could see that at some point I’d like to open it up. When I was writing for ‘Nightmare on Film Street’, I learned a lot on analytics… When September rolled around, my viewership had gone up every month and I thought it was now time to kind of take it to the next level,” said Dr. Welsh.