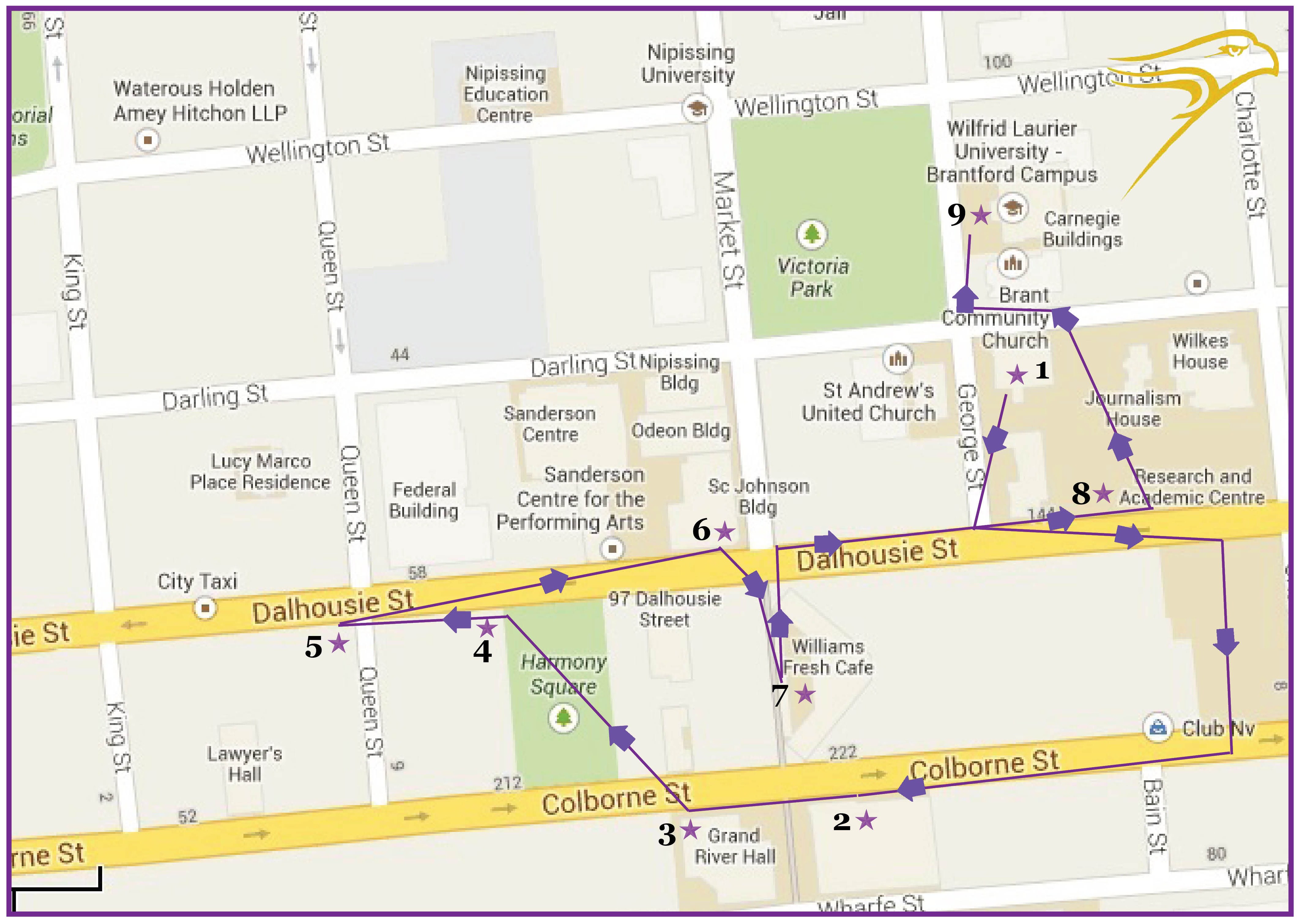 It’s that time of the year where students start cramming for exams. Everyone’s studying, preparing for the last hurrah of the semester. This time of year can be quite stressful for many, but this stress of studying can be reduced with a little comfort from the many places around campus. Let me take you on a walk through the campus’ comfortable study spaces. We’ll start with a non-restaurant location.

It’s the centre of student affairs, and the headquarters of the Student Union; we are at the Student Centre, where quiet might not always be a premium, but the different types of seating, whether in elevated chairs or couches, cater to each student’s preference. There is also a smaller space upstairs for students whom prefer the quieter environment.If you head south down to Dalhousie, then cut back east, heading toward the NV parking lot, you can find yourself on the way to the Brantford Public Library. This is your study haven if you prefer the completely quiet environment, and want to tune out the distractions. There are computers available to the public both upstairs and on the main floor, as well as study rooms for study groups or individuals who want to reduce the surrounding noise to a minimum. The library is most recommended for purely studying purposes.

Right next door to the neighbourhood library, students can study in Grand River Hall. The basement has been transformed into a holding for the Laurier online library catalogue. Although technically not open yet for its intended purpose as a media library, there are study spots available for students. Except for Christmas and New Year’s Eve and Day, the upper floor of the library, where general study spaces are, is open from nine in the morning to midnight.

Let us travel further west down Colborne to Harmony Square, a place many like to think of as the centre of the downtown. What have we here? Well, this is, traditionally, an entertainment centre for students, anchored by Rockling’s and the Piston Broke, and let’s not forget Coffee Culture. It’s quite a popular place for students to study these days, or if you really like to study with elevator jazz or radio pop music in the background. Heck, who doesn’t mind sipping on a latte or iced cappuccino, or Freddocino as they call it, or enjoying a del

ightful sandwich with soup? This is your classic café environment to study in. Other than Christmas Eve and Day, their hours are 6:30 am until 11 pm between Sunday and Wednesday, and they stay open an extra hour between Thursday and Saturday.

Only a block away, in the Expositor Building Residence, students have come to love the new Brown Dog Speakeasy café. Although extremely similar, it’s got a bit of a different feel to it from Coffee Culture; perhaps you might say a little bit more of an independent, local-esque coffee shop, even if it’s a chain too. Yes, it provides the same type of seating, such as armchairs and regular chairs, so in that department you’ll find the basics. The drink menu is, however,  fairly creative and expansive, something that differs from your average chain café. This is a nice place to enjoy a homemade-style refreshment during crunch time. They will be closed for Christmas and New Year’s Day, but other than that, they will maintain normal hours during most of December, other than Christmas Eve and New Year’s Eve.

Now, shall we return back down Colborne eastward, and past Harmony Square? SC Johnson building, once a bank, houses a small study space on the upper mezzanine floor. It is definitely not anything that tickles one’s fancy, but it’s sufficient, and rather quiet, since it’s not one of the most popular places to study. Don’t expect to find any food in this building, unless you are willing to go next door to family-owned grease-spoon, Lonnie’s On Market.

In close proximity, across the street, it’s been a campus mainstay for years. We are at William’s, another popular study spot for Laurier Brantford’s students. No, it does not have the comfortable armchairs that you might like to lay back it, relax, and cram, but it does have an abundance of spots. Whether you might like small booths, large group booths, elevated chairs, or just, well, chairs. The menu is not too expansive, and like Coffee Culture and Brown Dog has the same basic items, with a bit more of an artisan spin. Unlike those two competitors, they do not remain open during student absence over the holidays, closing on December 20th and reopening January 6th. It will also be closed on weekends between December 14th and the 20th.

Take a walk further down Dalhousie, east, to the Research and Academic Centres. The lobby of the west wing is constantly filled with students that are either engaged in studying, or socializing. It’s a meeting hotspot, which also implies that it’s not the quietest. If you don’t mind the surrounding noise, this could be a great option. Also, for those who like to snack on something during studying, there’s Golden Grounds café right there. It’s not the greatest of cafés with limited variety in both food and drink, but it offers just enough to have students coming back for more.

Go through the rear exit of the west wing, and continue straight. You’re passing the Student Centre, just where we started, but we have one more place to go. According to Google Maps, it is considered the centre of the campus, but most students recognize it as Carnegie. This is not always the most popular place to study, with a few lounging spots in the basement, and some accessible computers. The options for snacks certainly do not make it a Carnegie Deli, but the vending machines might keep your stomach from growling at you while you study.