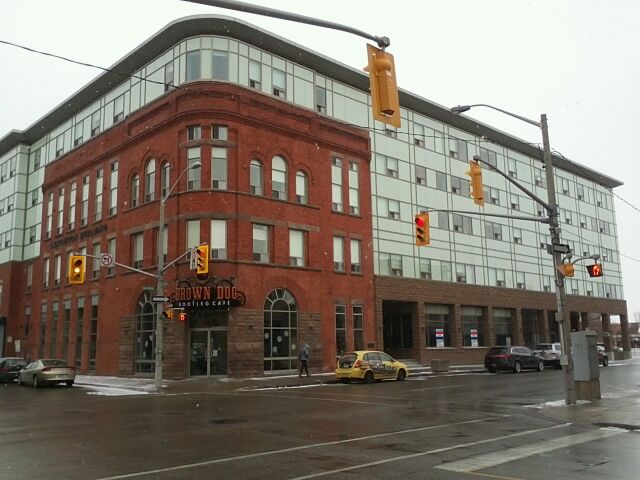 Shortly after 10 a.m. this morning, Laurier Brantford’s Expositor residence building experienced a small fire. One student was injured in the incident with second degree burns, and was taken to the hospital.

“The university is dealing with the affected students within the suite and the building,” said Kevin Klein, the university’s External Relations Coordinator.

According to Klein, the fire originated from a cooking pot. The student tried to put it out, burning the index finger on his left hand.

Special Constables and the Fire Department responded immediately, but by the time they had arrived, the fire had been put out by the building’s sprinkler system.

“It just reinforces how important it is to be attentive to things that are going on in the kitchen that we take for granted,” said Captain Glen Sitzer of the Brantford Fire Department.

Only two suites were affected by the fire, displacing a total of six students out of 214 that reside in the building. Damages in one suite were due to fire and water, while the other only water. Klein commented that the university will find alternate accommodations for the displaced students during the exam period, hoping to return them to their suites by January for the new semester.

Sitzer explained that oil is a lot more dangerous than people think with cooking. It has an ignition point where it can catch fire upon reaching a certain temperature, even if it is just sitting in a pan.

In response to questions about the awareness campaign and this morning’s kitchen fire, Klein commented, “I think the incident is quite common, and the student did what most people would do in that situation.” He added, “Fire safety on campus will continue to be a priority for us.”