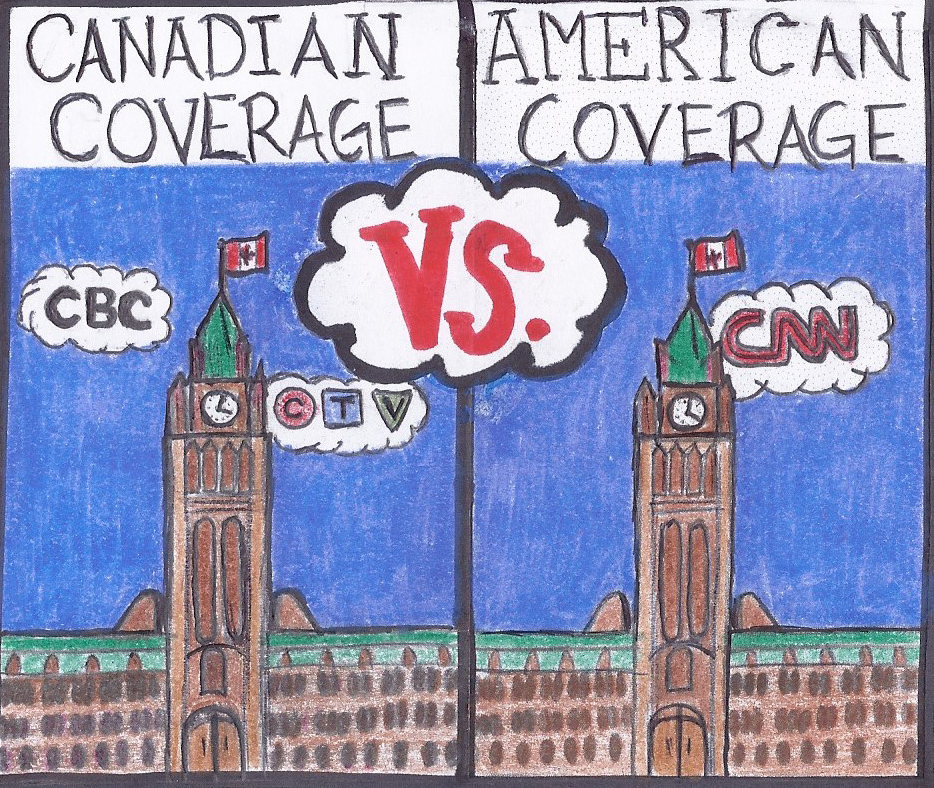 We’ve all heard about it, it’s kind of hard not to when every major North American news network covered the story since its emergence. I am talking about the recent Ottawa Parliament attack. At this point, there is still much we don’t know: the killer’s complete motives, his background, and many other key things regarding the case – but that won’t stop the news from “reporting” it. I am of course talking about CNN, the Cable News Network, an American news station who produced the first televised story on the event. This normally would be fantastic, our cousin to the south so interested in our lives they get to the punch line before we do; however, when words like “terrorism” and “ISIS” get thrown around it tends to create fear and rumours. The American media has begun to pump out story after story with titles like “Ottawa shooter connected to Jihadists” and “The Ottawa Shooting, what we know, and what we don’t know”.

As CNN continued with their assumptions and rumours the CBC (Canadian Broadcasting Channel) was put in a very difficult position. They approached the situation carefully, only reporting on what they knew to be true. One of the first broadcasted messages on the air was:

“And it’s on days like this where a story can take a number of different pathways, a number of changes occur, and often rumours start in a situation like this. We try to keep them out of our coverage.”

The CBC then proceeded to not attempt to make feeble connections between Zehaf-Bibeau and ISIS or any sort of terrorist group for that matter, but instead reported with a degree of level-headedness that provided comfort to numerous Canadians at the time of the crisis. They stayed calm and reported the facts as they were released. Even CTV news, whose coverage started later, reported on facts and the future plans caused by the event, as opposed to praying on the public’s fear.

In general, the Canadian coverage has been quiet, calm, and sympathetic. Which although is not unusual for Canadian media, is not nearly as constant as it should be. The American coverage has been sloppy, has cut corners, and much of it is based on rumours. Keep in mind, for every CNN there is an American news station reporting correctly and for every CBC there is a Canadian news station reporting incorrectly. This is not as cut and dry as it should be. In the first response to the event however, Canada puts its best foot forward.

I could attack the fear-mongering nature of American media further, but I do believe I’ve gotten my (possibly) subtle pot-shots in. The issue remains this however: Though we share news, aid, resources, and ideas with the U.S, do they have the right to step in on a situation happening on our soil and report falsities which frighten our populous? I’m sure the CNN meant well, and didn’t think of the repercussions this would cause, but often times the worst deeds are done with the best of intentions.