John Wick: Cool Keanu is back! 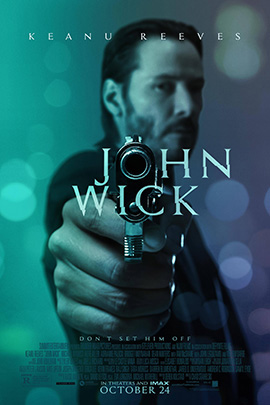 It is now November, and that means here come the serious movies. Basically, either very slow, heavy dramas, or huge budget, polished marvels, like Christopher Nolan’s upcoming Interstellar. These are the movies that are ready to compete for awards season, and it will make for two months of great theatre-going. However, that also means an end to the recent post-August presentation of revenge-action flicks, such as A Walk Among the Tombstones, The Equalizer, and John Wick. 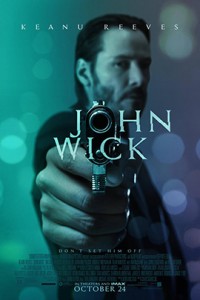 The latter is the latest from Keanu Reeve’s, and his answer to his fan’s cries for a better movie than 47 Ronin. Now I will say that I saw 47 Ronin, and did enjoy it, but I am not about to say that it was a particularly good movie. But the same cannot be said about John Wick. The Sputnik has written previously about The Equalizer and how that movie, in that genre, really surprised us. It had a specific human element that was relatable amongst all the improbability. John Wick has the same effect, in adding something new to the revenge movie, albeit in a much different way.

Before we get to what that addition is, I’ll say that the genre does indeed need new, fresh takes if it is going to continue to flourish as it has. Revitalizing old star’s careers won’t be enough going forward, and the concepts alone are rarely enough to get me excited about them, one of the reason’s I have not seen the last few from Liam Neeson and do not plan to see Taken 3 when it comes out. However, if it looks sharp, new, and innovative, you bet I will show up.

What John Wick brings to the revenge-action movie is style, coolness, and self-assuredness. This movie does such a good job of understanding what it is, that nothing is sugar-coated; the trailer hides nothing. Think of it as a louder, faster, more violent Drive. If that sounds appealing to you, then go see this movie right now.

The action is very simple on the surface (it is basically just one-shot hand-gun combat throughout) but is done so in a way that you never became bored of it. Directed by two proficient stuntmen by trade (David Leitch and Chad Stahelski), it is filmed so that you do not realize how complex the scenes are. In this way it is very easy to watch and appreciate; there are no blurry shots or confusing “who is who?” sequences.

Wick also brings such a smart, fresh humour. It is so subtle, and spaced throughout, but it works. This is achieved by having many small five-minute roles – some by actors familiar to the audience, others unknowns – who exist solely to provide tension release before the next pulse-pounding action scene. Keanu Reeve’s himself even has some funny moments, which are so rare that they are enough to sell the movie outright.

That brings us to the third thing this movie adds to the genre: “Cool” Keanu Reeves. I saw cool here because it is not the Reeves we saw in 47 Ronin or The Day the Earth Stood Still, but the actor we saw in Speed and The Matrix that was so engaging he made audiences ignore the fact that he was horrible anytime he actually had to speak. He is back here, in his 50th year, better than ever. And unlike Gosling in Drive, there are two scenes where he actually shows emotion, which is incredible.

One place where John Wick perhaps is a little lacking is its plot. It is incredibly simplistic, basically, Wick, played by Reeves, just lost his wife, and as he is getting over that, his dog is killed and his car stolen. That’s it, the bad guys pushed him too far, and now he wants to kill everyone. It works in that it is easy to set up and does not have to take up precious time to show character development, and can instead devote that screen time to blowing our socks off. However, it does take time to accept that Wick has enough reason to go King Kong on the entire city of New York.

Minor flaws aside, John Wick is the perfect early November movie to go enjoy on a Friday night before the winter hits, bringing along cold serious dramas. If that wasn’t enough reason, just go enjoy Keanu Reeves doing what he does best.

As Reeves says in the movie, “People keep asking if I’m back. Yeah, I’m thinking I’m back!”