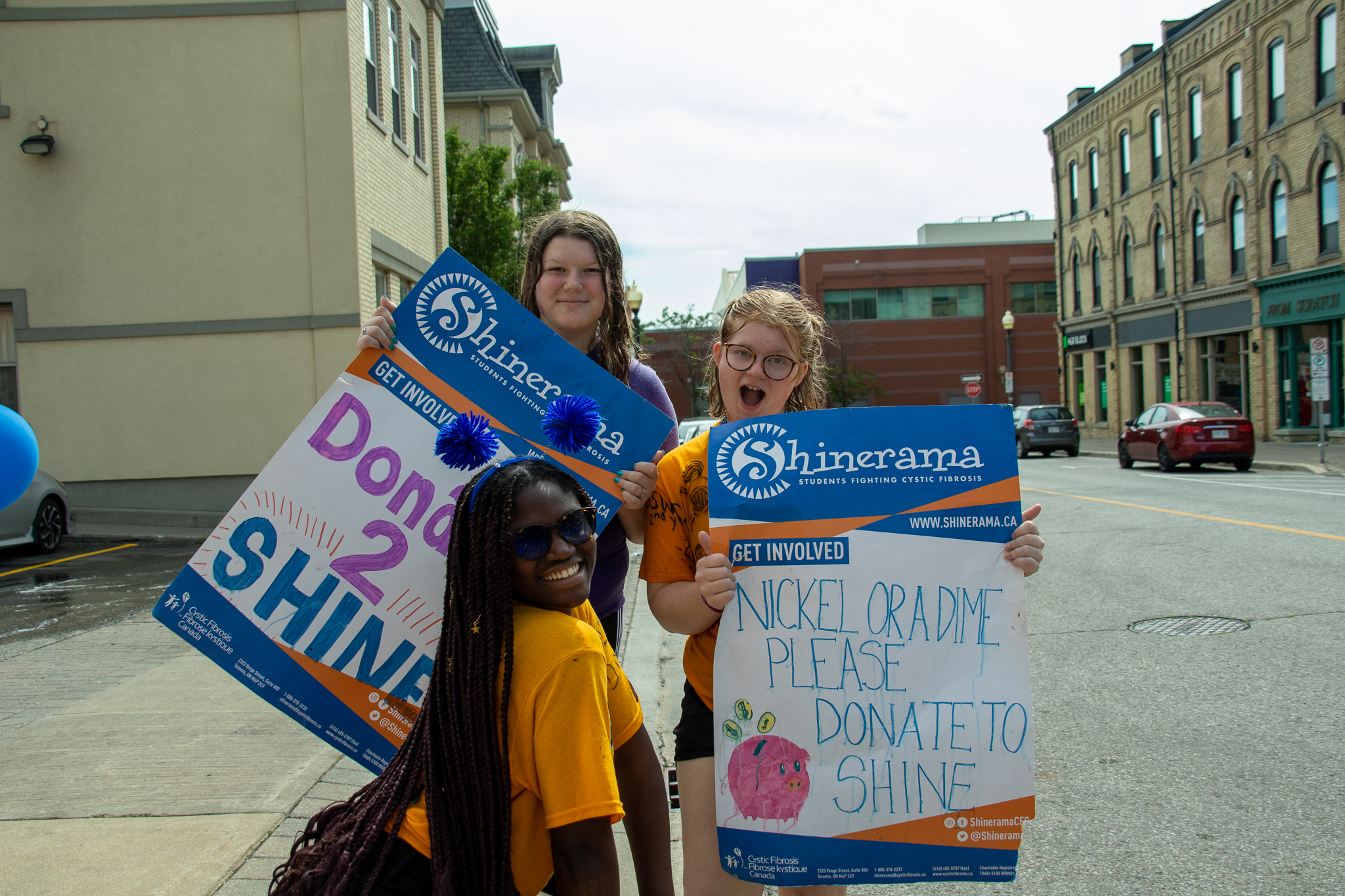 Through student-led efforts, the Laurier Brantford Shinerama team was able to raise $8,000 to donate to Cystic Fibrosis Canada.

Abby Lane Hall and her eight-year-old daughter who has cystic fibrosis, Hope, opened the week by speaking at the Shine Kickoff during move-in day on Sept. 4.

“In my first year, [Hope] was obviously three years younger, so her parents did a lot of the talking,” said Bailey Arnold, Laurier Brantford’s Shinerama executive and fourth-year social work student. “It was kind of full circle to see her grow.”

Due to the rain, the Shine barbeque scheduled in the afternoon on Sept. 5 did not happen according to plan. But, at Courtyard and Chill, which was happening simultaneously, Shinerama set up a mechanical bull for $5 a turn that ended up raising nearly $1,000.

“It was a really big hit and I think it’s something that Laurier and O-Week should bring back again and incorporate with Shinerama,” said Arnold. “Everyone was buying more than one turn and wondering what Shinerama was.”

At the next event of the week, Shine Dodgeball, 12 teams were expected to play against each other tournament-style. However, many more students ended up coming to the event than anticipated. To accommodate the crowd, the Shinerama team decided to forgo the tournament method so everyone could play in at least one game.

“It was just a lot of engagement from first-years which was amazing to see,” said Arnold. “We raised like $400 that day, roughly, which I didn’t really think was possible.”

Shinerama’s programming wrapped up the week with their Shine Day car wash fundraiser. Volunteers were stationed in the Student Centre and FreshCo parking lots, inviting community members to pull through for a car wash.

Shine Day saw a good turnout, both from those getting their cars washed and from first-years wanting to volunteer. About 30 first-years came out to help.

“I know it’s the end of the week, people tend to go home on Saturdays,” said Arnold. “But yeah, people were there from the beginning to the end.”

By the end of the week, Shinerama far surpassed their original goal of $5,000 raised.

They made donating money to end cystic fibrosis as rewarding for students as possible by offering snacks, games and more in exchange. But, there were students who went beyond Shinerama’s expectations with their generosity.

“A first-year came up to me and gave me $100 and they didn’t even want the popcorn. Other people gave me 50s and 20s,” said Arnold. “I feel like the guest speakers and putting a face to the disease and Shinerama was really impactful for students.”