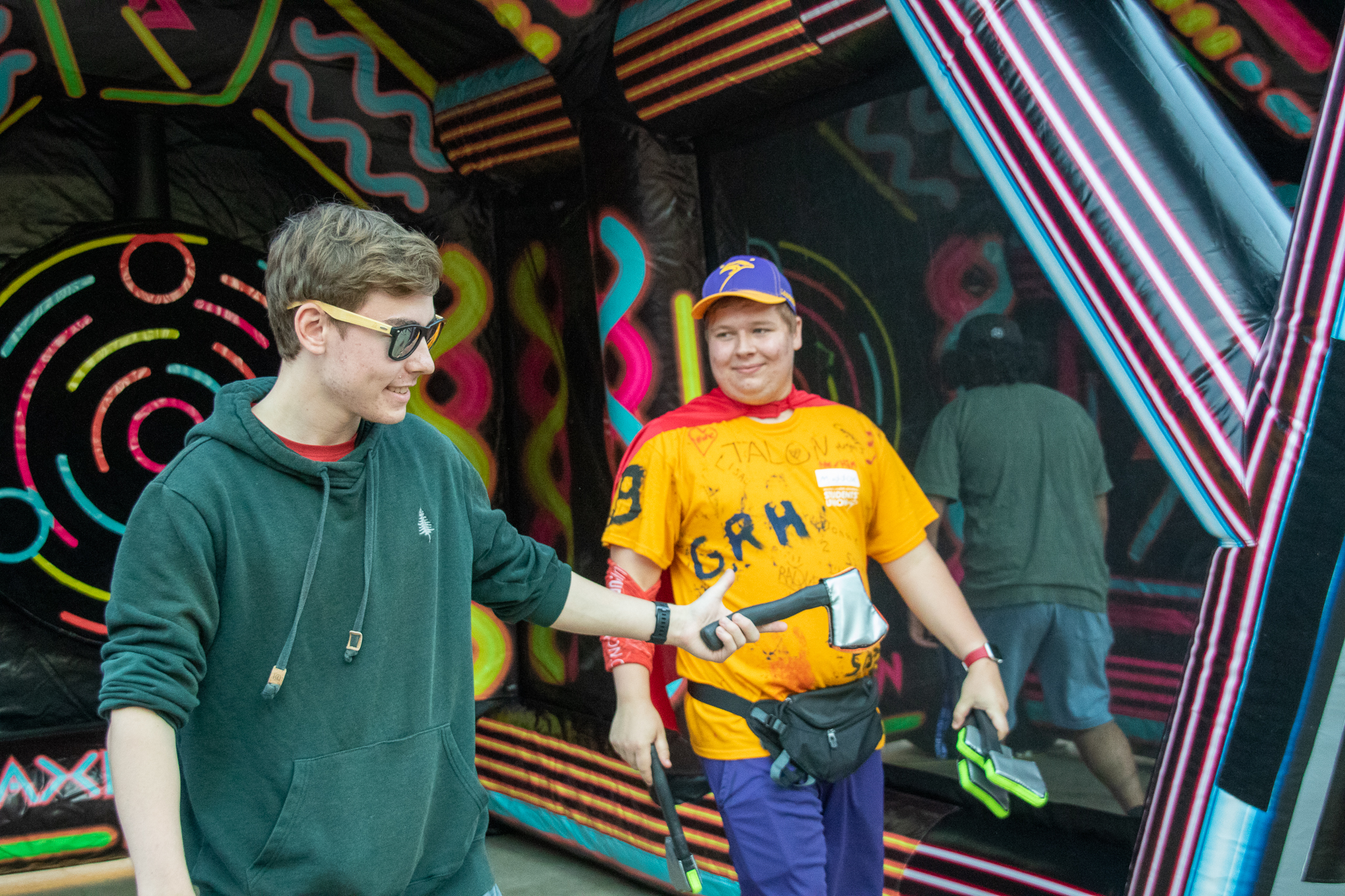 From Sept. 4 to 10, the Students’ Union gave incoming first-years a warm welcome with a variety of orientation programs.

One of the last events of the week was the O-Carnival, an O-Week staple, on the evening of Sept. 9 in Harmony Square. At the carnival, students tried their hand at a number of games, such as inflatable Twister, jousting, jumbo Jenga and Connect Four.

“Now that we’re back fully in-person, it’s really cool to have all the inflatables back,” said Melissa Handford, the activities executive and a fourth-year psychology student. “We can serve food now, it’s really great.”

Laurier’s president and vice-chancellor, Deborah McClatchy, and vice-president of student affairs, Ivan Joseph, were at the carnival serving up cotton candy, freshly-popped popcorn and snow cones.

The O-Carnival has run on the Brantford campus for many years.

“It always gets a good turnout,” said Handford. “We wouldn’t bring it back year after year if it wasn’t something that was successful and that students loved.”

Jazmine Fletcher-Riley, a first-year human rights and human diversity student, had a good time at the carnival eating cotton candy and throwing axes.

“[O-Week] has really got me familiar with the campus,” said Fletcher-Riley. “People are friendly, so that’s nice.”

The Students’ Union’s programming for orientation week and events like the O-Carnival took months of planning to execute.

“It’s definitely been a crazy week for volunteers and first-years from move-in day to now, with the carnival,” said Sarah Verburg, the orientation program facilitator.

“With any event, there will always be some hiccups,” said Verburg. “You can’t plan for every situation, but overall, I think it’s been a really great experience for volunteers and students.”

Verburg received a lot of positive feedback from students about the events and has been offered several free dinners throughout the week.

For Verburg, one of the highlights of her week was seeing how engaged students have been as well as how resilient Students’ Union volunteers have been throughout the week.

“Even though it’s been a long week for all of them, from really early morning starts to late evenings, it’s been a really great week for everyone coming out to events,” said Verburg. “It’s Friday night and they’re still going to come and attend all the events like all the students are, so that’s really exciting to have.”

Along with all of the shows put on throughout the week, first-year criminology student Ariana Slaughter said at the O-Carnival, “The icebreakers are all amazing.”