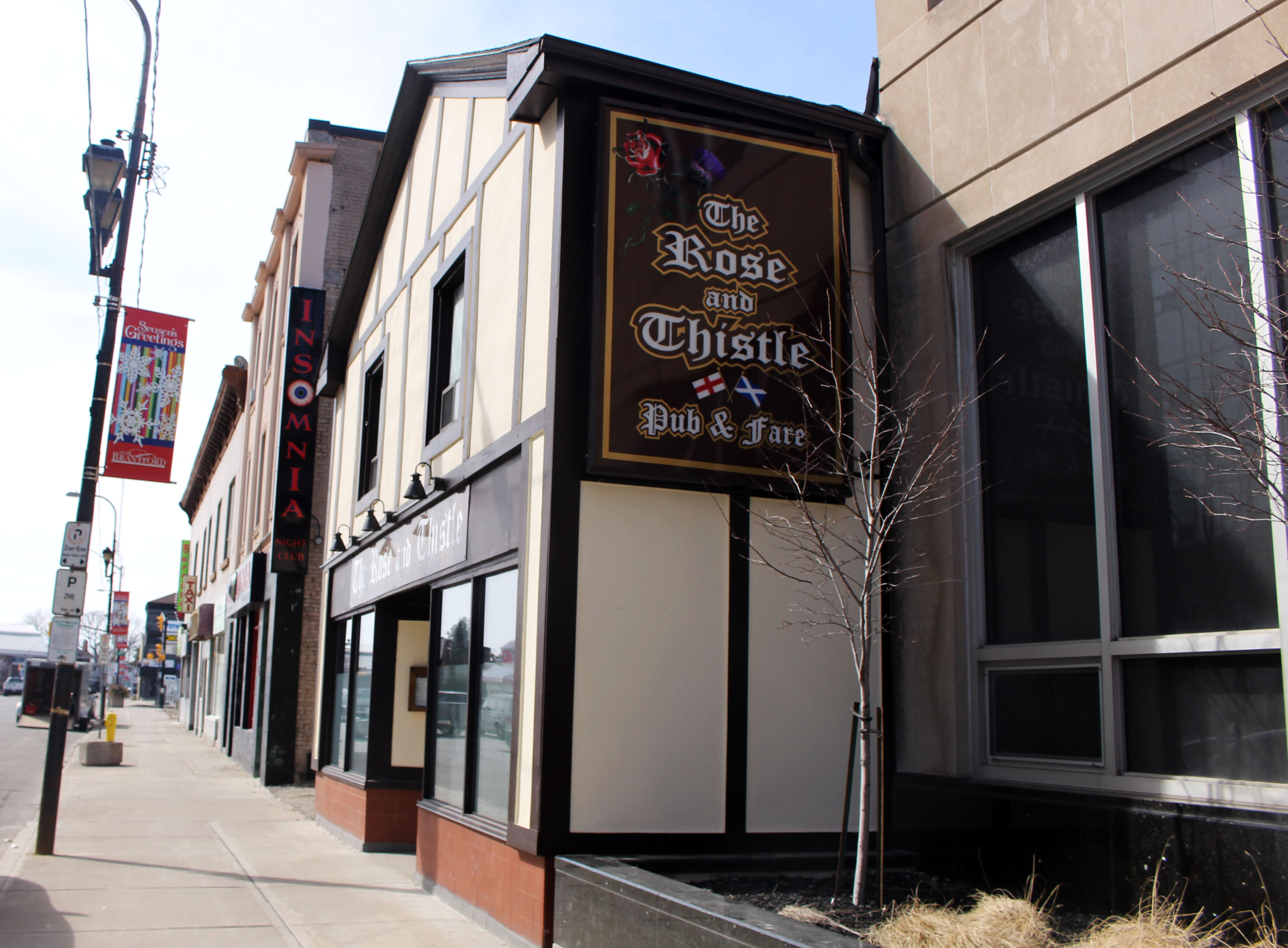 The Rose and Thistle British restaurant and pub, located at 48 Dalhousie St., across from Expositer residence, had its grand opening on Sat. March 21.

“We have had such a good response from the public,” Owner Audrey Pitcher said.

They were “bombarded” their first week open and have already have customers return a second and third time.

The pub had its soft opening on St. Patrick’s Day. The occasion was such a success that they ran out of supplies before closing that night.

“We just got a whole keg of Guinness put in that day and it was gone by the end of the night,” Pitcher said.

Laurier student Brian Holland went to the pub on the night of St. Patty’s.

“[Pitcher] was very friendly even though she was tired from running around trying to get the place open,” he said. “She hadn’t left since morning. She said ‘Hi’ and still had a smile on her face.”

Holland, 22, would recommend the place to students. He believes the owners are trying to “create a place similar to home, somewhere you can grab a drink, have some food, and hang out for the night”.

The menu offersdelicious food, including lots of traditional English dishes. Entrees include bangers and mash, shepherd’s pie, a turkey, cheddar and green apple wrap and ribs, with their best-seller being the fish and chips for $13.99.

For some sharing food, they offer jalapeño poppers, a three-cheese spinach dip appetizer and fully-loaded nachos. Desserts include the fabulously named knickerbocker glory (combo of vanilla and strawberry ice cream and fresh fruit) and cranachan (whipped cream, toasted oatmeal, fresh fruit and doused in whiskey). The bar has a wide variety of beers on tap, including their best-selling Scottish Tennent’s Lager.

“It’s definitely a safe place to come,” Pitcher said. She adds that she would describe the atmosphere as “welcoming” and “comforting”.

“I would love if students went often, it would create that kind of atmosphere where you can walk in and see someone you know,” said Holland.

The space the Rose and Thistle calls home was the former John Peel Restaurant, which had been closed for years. Transformed into an open, well-lit, comfortable space, the newly renovated restaurant has beautiful hardwood flooring and fresh paint, tons of seating and photographs of British landscapes on all of the walls.

On Sundays after 4 p.m. they offer a special of roast beef and Yorkshire pudding, an English staple.

The pub has already featured live music and is planning to have more special nights such as a Wings Night.

Rose and Thistle is open for business at an ideal time for students: 11 a.m. to 2 a.m. daily.

Pitcher would love to see even more students visit Rose and Thistle.

“We welcome you all in,” she said.