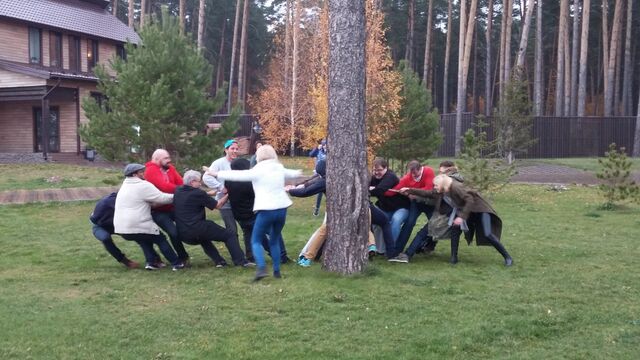 Going to a different country, and experiencing a different culture is always a really neat experience. And, feeling some sort of culture shock is always inevitable but always surprising nonetheless. That is exactly what happened when I went to Russia over reading week for my brother’s wedding, (and yes of course I brought The Sputnik to Russia). And to write about it as if it is some new thing no one has ever been privy to is extremely narcissistic.

But as I was thinking about it, I had to admit – people just don’t really seem to go to Russia. Certainly not Canadians – the only person I know that had been there before was my brother, and while Canadians like to travel, we didn’t come across a single Canadian. In fact, the only other English-speaking tourists we came across were from England.

What I wanted to know was, just what was it like in Russia. I can’t think of another country that has been mythicized in the way that Russia has, and yet nobody has really visited. I guess a bunch of athletes and journalists did for the Winter Olympics. I was amused by what I found: Russians are a lot like Canadians.

I didn’t get it at first, even when another member of our group first suggested it. It seemed like all you had to do was look around at the ancient architecture and coldness of the people in the subway station, their lack of smiles, to feel like you were in a different world. But then again, to see masses of people wandering around in winter jackets, the screaming fans at hockey games and the population’s ability to embrace doing dumb things in the cold outdoors, it was easy to see the parallels. Russia is not as different as you would think.

One of the first stereotypes that come to mind when one thinks of Russian people is vodka. And, they did not disappoint in that representation, especially considering that there was a celebration at hand. However, it didn’t appear that they were downing a shot every night after a hard day at work, like us Canadians and our beer. Likewise, the first thing people would say to us when they hear we’re from Canada is say, “Oh, you like hockey? I love Phil Esposito!” Seriously, it seemed like every Russian’s favourite hockey player is Phil Esposito, and they are always surprised when you don’t react as positively to his name as they do. Phil Esposito is cool, no doubt, but Phil Esposito is also very old.

Russians love hockey too, much like you would expect. In fact, one of the first things I said to my Russian sister-in-law when we got to Moscow was that I wanted to find Evgeni Plushenko, the famous Russian figure skater. I actually said that, which I understand now is kind of like when somebody from the States hears that you are from Canada and says they know somebody from Canada named Scott. It is never fun to realize your ignorance. However, I did have the pleasure of attending a KHL game, and who appeared on the big screen? Why, none-other than Evgeni Plushenko! Nothing to make you realize that you need to brush up on your Russian pop culture when the most famous Russian I think of, other than Vladimir Putin of course, is a figure skater.

The common notion of Russians as a hard, cold people, while perhaps appearing that way on the outside or in public transit, my experience allowed me to meet some extremely hospitable, people.

While the idea of ‘Canadian values’ that every party leader argued about this past election are largely here say, we are all likely to agree that family is an integral tenant. The amount of compassion and love that the Russian friends we met showed us was surreal. Together with the hugs, the food, the cold, and laughter, the similarities were never more striking.

I will not pretend that the politics of Canada and Russia are not extremely different. Nor ignore the fact that Russians are proud of their country to the point that they do not care one bit if anybody else ever gets to experience it. That is a sharp contrast to how us Canadians whine when we realize that Americans can’t answer Canadian trivia questions. Being immersed in any place for a period of time, you realize, on a human level, that these differences do not matter. Especially when you are deep into the second day of a wedding, and this guy you just met, who barely speaks any English, says to you, “now we go do competition”, which led to a best of three Russia vs Canada tug- of-war match.

We are both great countries, full of great people, like all countries and cultures of this world. Any chance to experience and meet someone that comes from a different place or background than yourself is invaluable, and that is something that we often take for granted here in Canada. Even if that different background is a political view or ideology.

A finally thought that stuck with me as I took The Sputnik to Russia, is the diversity of factors that ultimately play into what knits a national identity together. What I saw in Russia is that Russian people are united by some intense nationalism and pride of Russian history, on a level that is unheard of in Canada. They have Vladimir Lenin’s frozen body on display for all to see, for crying out loud! Which is both amazing and very, very strange. And over here, Canada was an politicized battleground for over two months, as a polarized federal election campaigning put the country at odds with itself. And what, in the midst of that, is bringing Canada together? A bunch of guys in blue shirts playing baseball. Stereotypes be damned!