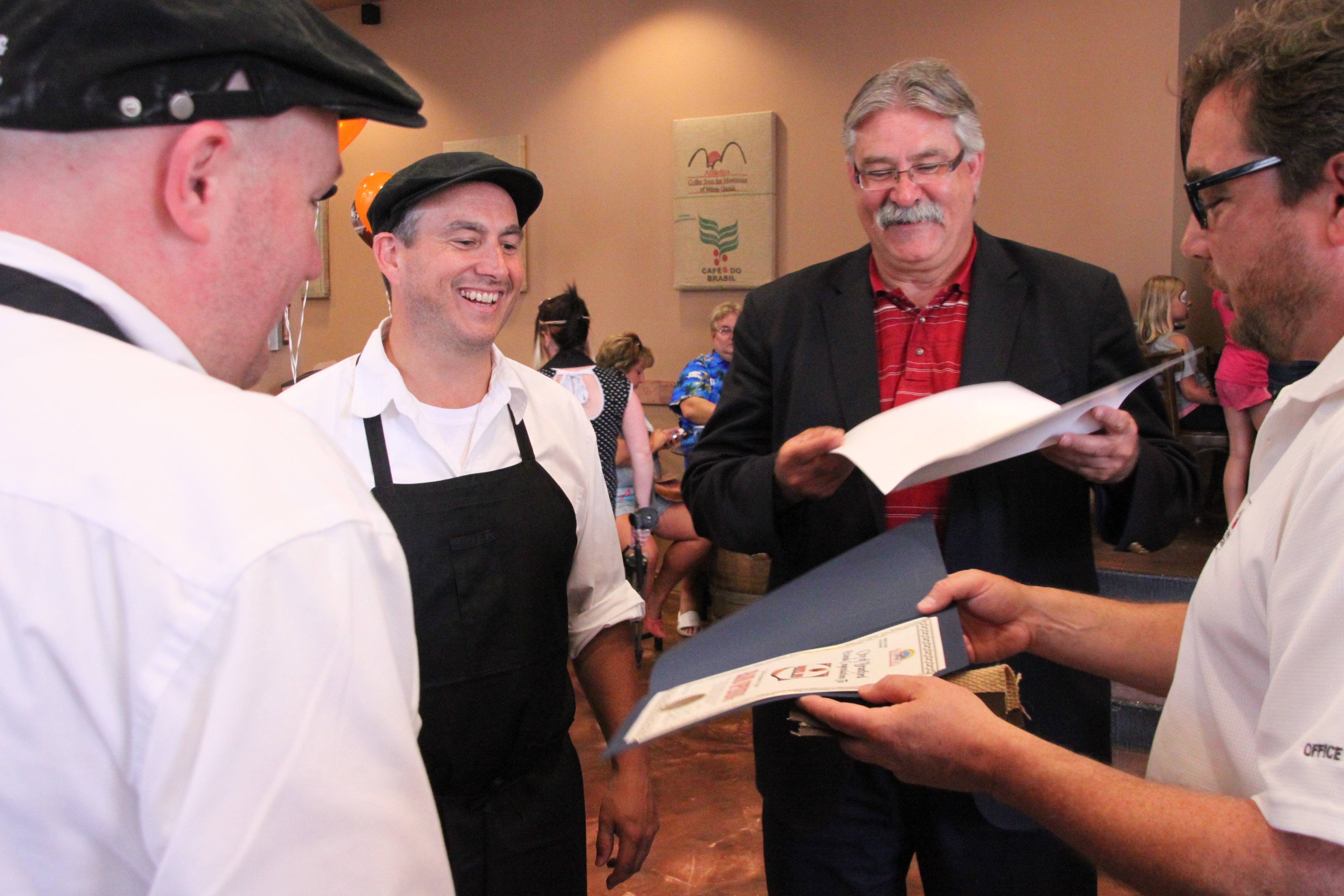 With the grand opening of the Brown Dog Speakeasy Café this past weekend, many people got to enjoy a taste of a new treat in the downtown.

With black and white movies playing on a screen and classic 1920’s jazz creating a theme throughout the entire place, as well as their signature apple fritters and on-tap wines, it’s no wonder the Brown Dog on Dalhousie Street is quickly becoming a favourite with locals.

Guests were able to try the signature apple fritters for free with $1 glasses of lemonade, face painting and live music from local musician Dave Hind.

“I like the lemonade,” said Chaz Mitchell, 7, just one of the many attendees who enjoyed the whole event. He and his mother came for the Friday afternoon ribbon cutting with Mayor Friel and Brant MPP, Dave Levac.

Owners Cameron Hiscock, brother Lee Hiscock and business partner Duff Thomson lined up with the Mayor and Levac to ceremoniously cut the ribbon, welcoming the Brown Dog officially to the streets of downtown.

The owners grew up together in Brantford, attending Pauline Johnson CVS. According to Lee, when they were younger, they were ashamed of their town.

“It was really embarrassing to say you were from Brantford. Now that things are being fixed up, we just really want to be a part of seeing our town rejuvenated.”

The motivation for all three of the co-owners is to see their downtown turned around.

“We want to revitalize Brantford,” said Cameron. “We want the downtown to become a destination for people.”

1 thought on “Revitalizing downtown Brantford: work for a “Brown Dog””