Q & A with Down With Webster 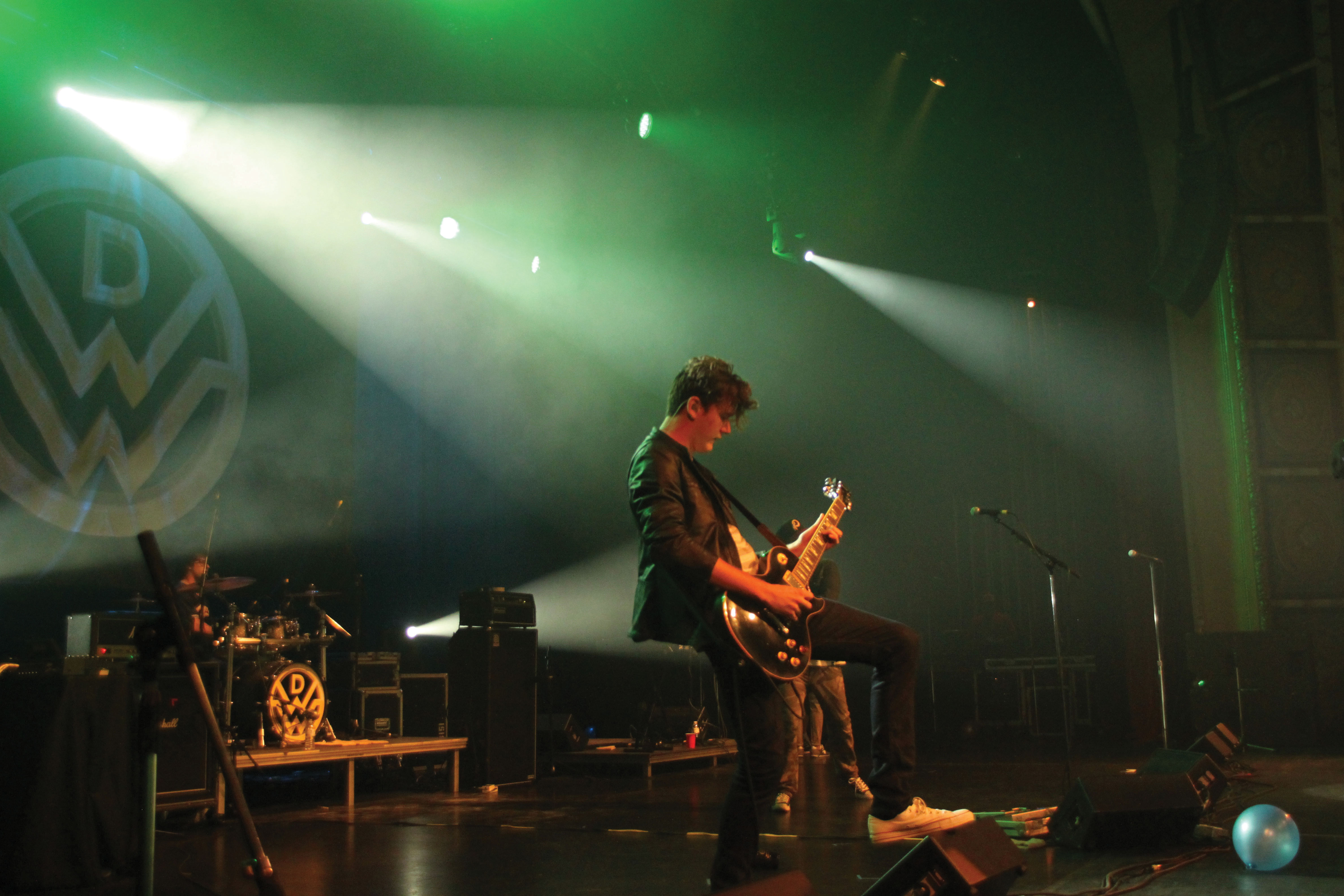 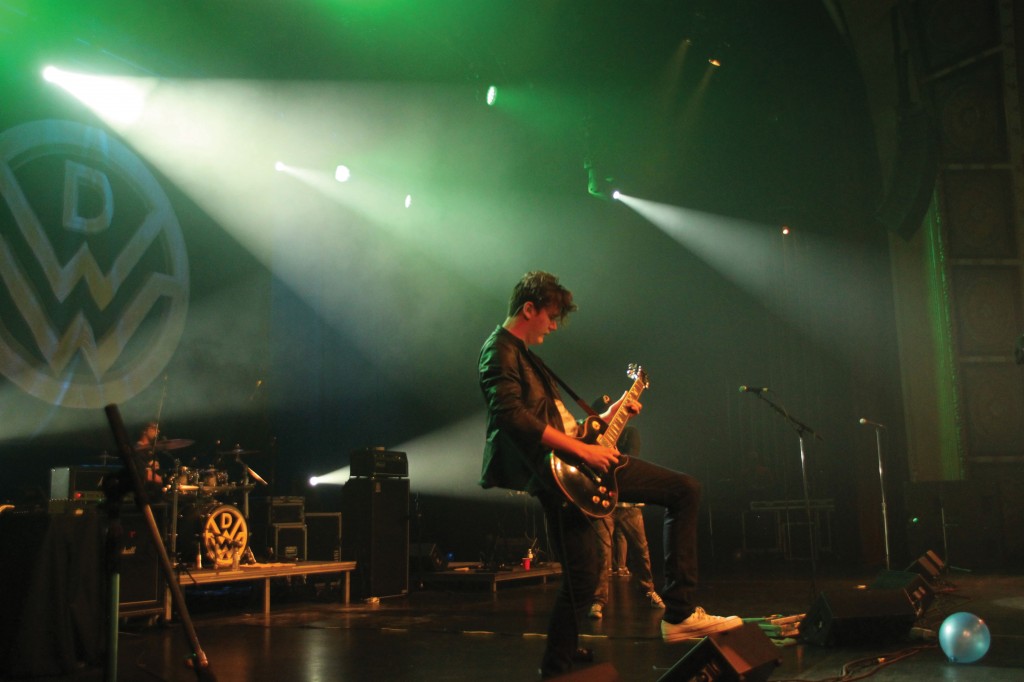 ME: How does it feel coming to a school and playing for students?

ME: Do you still feel nervous when you play?

Cam: I think me, I get nervous when I haven’t done it in a while; we were in la working on a new record. We hadn’t played a show in a couple months and we came back and played a show and that night I was super nervous I needed to piss like forty times.

ME: Did you guys all go to school for a certain amount of time? Or did you realize this was it for you?

Cam: Yeah I dropped out after like two years. It  wasn’t even that it hadn’t even taken off or anything yet, I just wasn’t having any fun and it wasn’t working for me so all I was doing was trying to make sounds in my dorm room until I was like screw this I might as well try to do this for real.

ME: What goes into making a song for you guys? Is it experience?

Cam: It differs; no two songs are the same. Some are experience based and some are just you start writing and it comes out. Not too many of our songs are just random character stuff.

ME: Who plays what?

Cam: I am a rapper, Bucky is the other rapper, Pat plays guitar, Ty plays keyboard and bass, Diggy dj’s and Marty plays drums.

Me: What do you say to people who want to do what you are doing now?

Cam: You just have to keep trying. It’s not going to happen in a period of six months. I mean for us it took like ten years?

Marty: It’s also at the point of how serious you take it and how much time you put into it. For the people that want to do this I’d say get a fucking back-up plan.

Me: What would your back up plan be if all of a sudden people stopped listening to your music?

Marty: I kind of fucked up and stopped going to school after two and a half years. Probably should have finished that, just to say I did something. But if for some reason this stopped I would still be doing something music wise.

Diggy: We kind of all just put all our eggs in one basket and believed in it and went for it.

ME: So what for you (Cam) goes into your rap?

Cam: I’ve always been rapping from a young age, from like age 9. I’ve probably been influenced by every song I’ve ever heard.  It’s something I always did and gravitated towards it. And I rapped at house parties and I was pretty good at it, and stuck with it.

Me: How did you all meet each other?

Cam: Most of us know each other from school, and went to junior high together. Marty went to another high school but he played hockey with Tyler.

Marty: Bucky and I went to high school together.

Me: So what is it like now? Now that you’re not in high school, you’re not in the garage you are playing for like millions of people?

Cam: I think it’s just more stressful. You can’t be as much of a gong show as you could be. There was a time where I could do anything and its part of growing up and it’s your job and you have to be a professional at it, you have to try and be good at your job.

Me: What got you (Diggy) into this whole thing?

Diggy: Being into music and into hip-hop specifically, just like dj-ing clubs and parties, same as Cam.

Me: How is it for you to be in a more rock oriented band?

Diggy: I think there are a lot of hip-hop elements, a lot of rock elements, funk elements. I think we’re kind of hard to define but I wouldn’t say were specifically a rock band.

Me: How did you (Marty) get into playing the drums? Was it just you started to hit pots and pans?

Marty: Yeah I played my grandmothers pots and pans. I guess my grandfather just gave me some spoons and there it was. And my dad was a musician he played the keyboard.

Me: Is that where you learned how to use the keyboard?

Marty: No, I took a year off of high school to kind of learn this because without this it would be hard to make songs because you can’t just use drums to make a song.

Me: So what did it take for you to get here?

Cam: It’s weird when you look back on it, you can see it as you sacrificed a lot but when we were doing it it was we wanted to do so it wasn’t really a sacrifice. I guess when you look back is not going to school a sacrifice? Is being poor throughout your teens and early twenties a sacrifice? Is not seeing your family all the time a sacrifice? I guess you could say that. But that’s if you want to go to school and see your family all the time. But that freaked me out; I didn’t want to have that kind of a stable life. What excited me was music, and the road, and the idea of being in a new place every day, and getting to live what we always dreamed about. So I wouldn’t say it’s a sacrifice and if you view it as a sacrifice I would say you’re in the wrong business.