BRING ME THE HEAD OF ALFREDO GARCIA 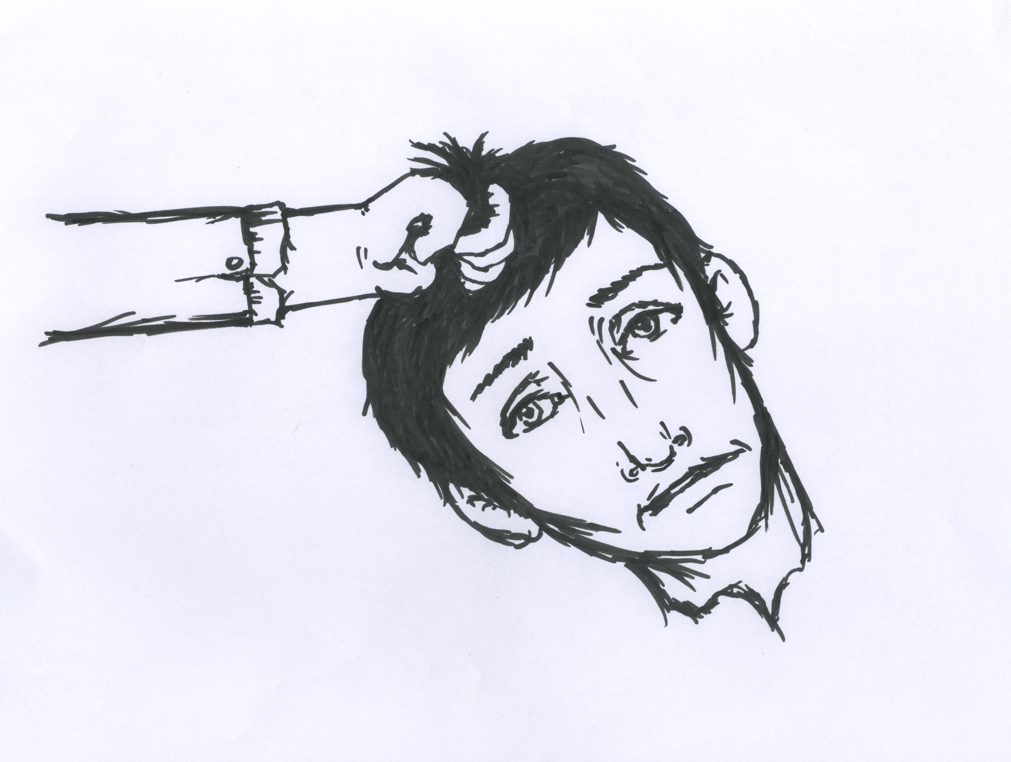 Hello and welcome to another exciting and fun packed edition of Bring Me the Head of Alfredo Garcia, the revolutionary new column where you, the readers, get to read what I, the writer, wrote. This edition’s exciting theme is movies and television of past, future, and present, making it a massive departure from our regular theme of the exact same thing. So strap in, get comfortable, and enjoy the ride of your life – if your life is very dull, mostly lived bricked in an abandoned church basement with nothing but a torn terrycloth teddy bear soaked in tears and dankness, and occasional shuffling of tires on concrete from an outside world you’ll never know to keep you company.

The Late Shift (1996): What can one say about Jay Leno? Well, he’s a big chinned no- talent prick who seems to wallow in his own filth with joy at the thought of ruining other people’s lives, completely devoid of emotion or compassion. He is a sick, sad, lonely man who torments the people around him with a psychotic smile on his face, long dead on the inside, just waiting for time to rot his body away. “The Late Shift” is an amazing HBO film that seems to agree with my opinion. The film is a dramatic and comedic reenactment of the 1993 Tonight Show scandal, where Leno weaseled David Letterman out of a job using dirty tactics, as he would do again to Conan O’Brien in 2010. The film is well acted, well made and is a stern reminded that Leno has always, ALWAYS, been a prick.

Louie season 3 (2012): FX brings us one of the greatest shows ever written. Comedian Louis CK brings on the laughs with not quite a comedy show, but rather a collection of independent films based around his life in New York City, coping with a horrible career, discomforting family and what seems to be a perpetual existential crisis. From the very beginning of this season, it’s become clear that Louis CK finally figured out the direction he wanted to take the show, where as in previous seasons it seemed rather muddled and random. The whole project is done on a budget of 200,000 dollars per episode, for the entire production, which is basically less then nothing, giving it a unique feel and atmosphere. This one is worth watching religiously, it’s a show that doesn’t get boring, as every episode is completely unique and different from the previous one. Louis CK has even made it a point not to feature any characters other then his own and his daughters in more then 3 episodes. Unique, mind blowing and fun.

Wilfred season 2 (2012): FX, again, this time right before Louie on Thursday nights. Wilfred follows the story of a man and a dog. The dog talks the man into doing horrible things, such as stealing marijuana for it, robbing a vet, and generally sends the man in question in decline. Did I mention the man in question is Elijah Wood? (Yeah, that hobbit kid) Anyways, the series has reached critical mass, where its initial appeal and shock value of a man smoking dope with a dog has warn off, so the writers cleverly wrote in a new and exciting formula. Who is Wilfred? After a long time of allowing Wilfred to talk him into uncomfortable situations, Elijah Wood grows paranoid and demands answers, yet Wilfred at the same time predicts doom. Fewer laughs this season, but a freaky discomforting string of foreshadowing leading the viewer to anticipate a major climax keeps it an enjoyable show.

Peep Show series 8 (2012): Channel 4’s groundbreaking raunchy comedy is back for its eighth season this fall after a two year hiatus. Join Mark, an OCD, sexually repressed, socially awkward, and generally mentally unwell man, and his roommate Jez, an egomaniacal wannabe musician with a drug habit, as they embark on a journey to basically suffer through every experience life throws at them. Watch Super Hans, their friend and companion, beat Jez with a 2 by 4 after smoking crack, as was the season finale in 2010. Words cannot really describe this show, because it is a cringe comedy, where context is really the highlight.