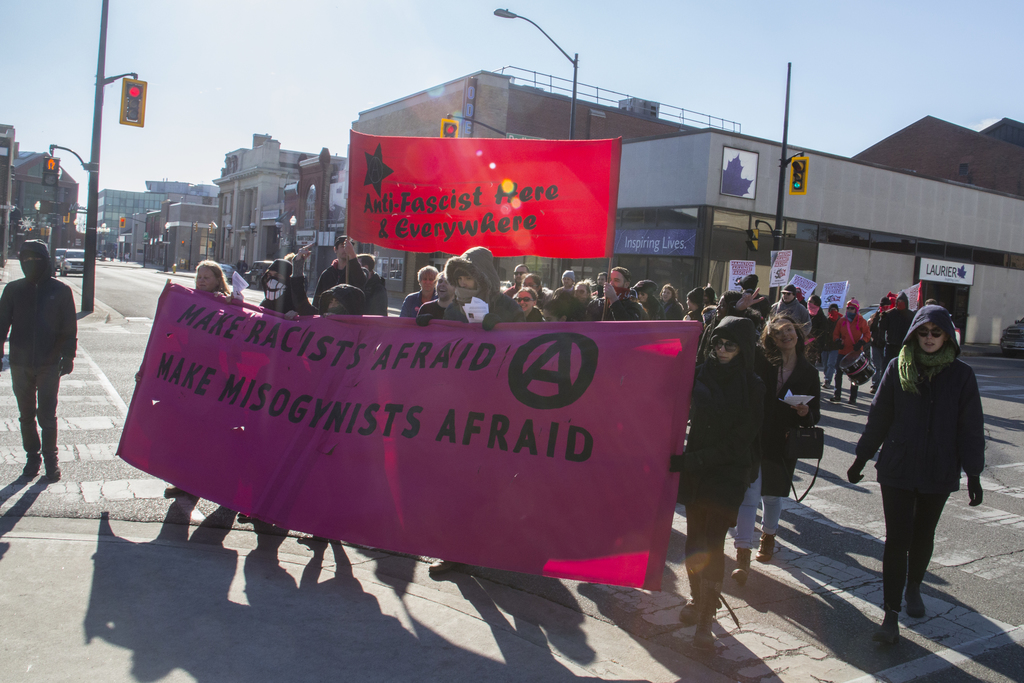 The rally, organized by Laurier Brantford student Christian Mejia, was intended to criticize the disciplinary actions taken against Lindsay Shepherd while reinforcing that universities should not censor students. The rally was set to begin at noon on Friday Nov. 24, but failed to bring in any supporters. A crowd had formed prior to the event outside of the Carnegie Building but dispersed a few minutes after.

“Today we’re over here simply to stand up for Lindsay Shepherd,” said Mejia, “and we’re here to try and pass a Freedom of Expression clause that has been written by a few professors at Wilfrid Laurier University. We’re just trying to make that we can secure our students from future offenses by the faculty and the administration.”

Mejia expressed concern for safety at his rally, citing that members of Antifa were gathering at Harmony Square. He stated that he requested Brantford Police and Laurier Special Constables to attend and for barricades to be placed to ensure that no violence would occur.

The counter-protest was not organized in relation to the Lindsay Shepherd controversy. Mejia is the founder of the Proud Boys Brantford chapter, which has been labeled a fringe Alt-Right hate group. Mejia and several chapter members attended the first meeting for an on campus group called the Campus Anti-Fascist Network Tuesday night. During the meeting Tim Kelly, a Proud Boys member, asked “we want to know why you’re starting a violent terrorist sect on the campus” and whether they were affiliated with Antifa.

“It was in response to the clear emboldenedness of the Proud Boys after they came into our meeting on Tuesday,“ said counter-protest organizer Laura Favacho. “We wanted to show them that that doesn’t intimidate us and that we know it’s our campus too. So we’ll stand up and make sure that everyone’s rights are represented.”

An interview shortly after at a coffee shop between Mejia, Kelly and The Sputnik, was interrupted by an unknown group. Most of the group attempted to harass Mejia and Kelly while another attempted to disrupt the recording of the interview.

“How much of a fascist do you have to be before you stop printing what they say?” asked one of the group members.

The group was asked to leave to premises by management, the interview was ended and the Brantford Police department was called as a result.