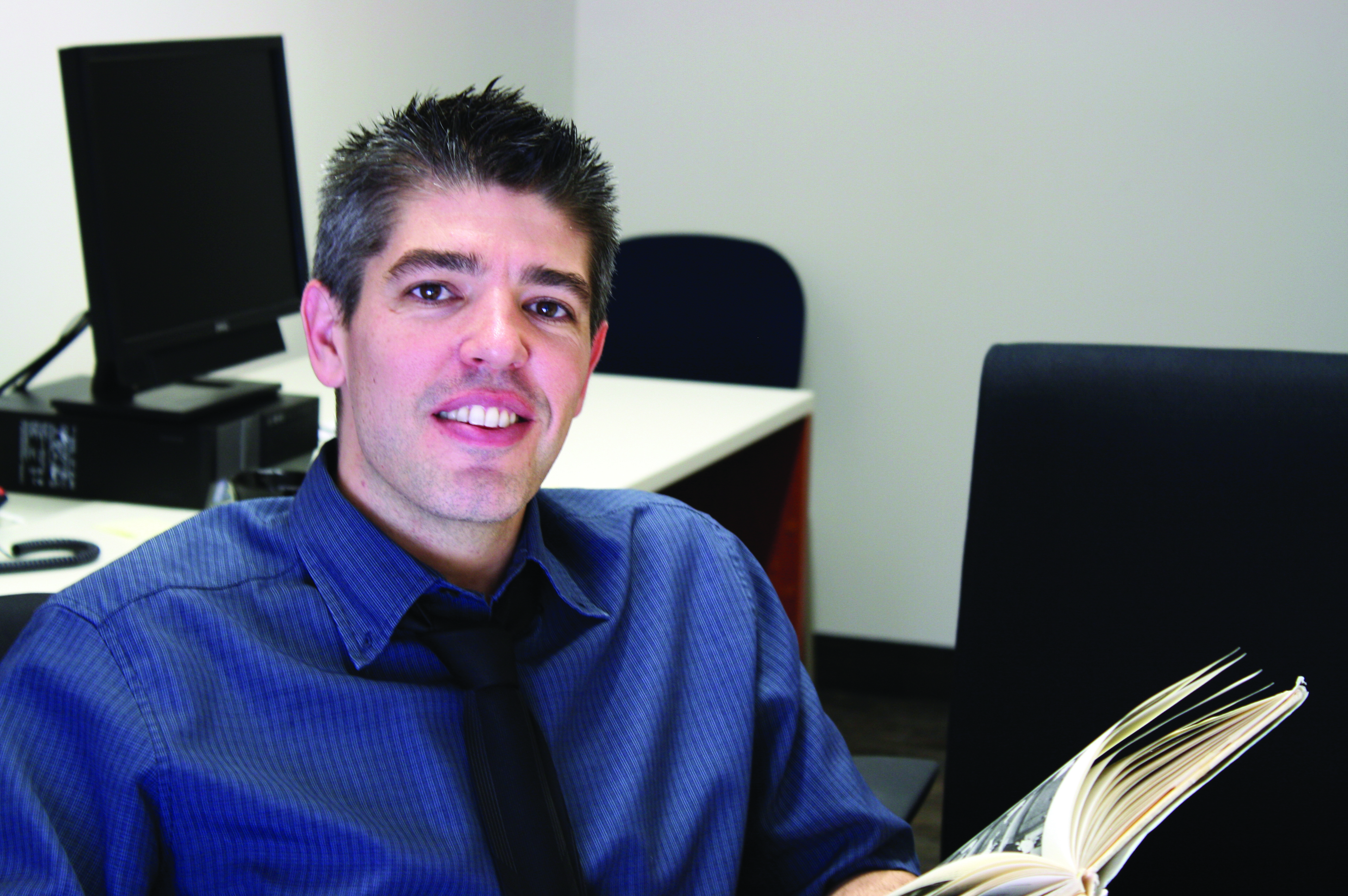 Standing at the front of the classroom with a collared shirt and tie, a combination that is ever present in Dr. Corr’s attire, the first impression a student might get from him is that he is just another dull and serious professor. However, walking out of his classroom feels more like you’ve attended a stand-up routine, accompanied by academic philosophies.

“If I can’t make jokes, I have trouble keeping my attention,” says the part-time professor at Laurier Brantford.

Dr. Corr teaches the Popular Culture course as well as English courses, and although he is only part-time at Laurier, he hopes to eventually become full-time. He has also taught at McMaster University, Mohawk, St. Jerome’s/Waterloo University and Guelph University. But Corr particularly enjoys teaching the students at Laurier.

“I really like the students here, I find that they are very non-pretentious, it’s very refreshing,” says Dr. Corr.

When it comes to learning and teaching, for him, a bit of joking can go a long way.

“I use humour partly instinctively and partly in deliberate ways,” says Dr. Corr.

What some students may not realize is that the jokes are not always thought of on the spot. Dr. Corr explains that he will write down jokes as notes in his course material for lectures and then say them as though he just thought of it.

“It gets people’s attention and the jokes are never just for jokes sake, they are always connected to the material in some way,” says Dr. Corr.

The jokes serve a purpose though, to help students interact with the course material in a way that is more enjoyable.

“Whether or not students see the connection right away or whether or not they see it at all, the jokes that I throw out there are designed to think about academic material in a non-academic sort of way,” he says, “I think humour helps people think.”

Underneath all the ties and the comedy, Dr. Corr has three main priorities: taking care of his three children, reading crime thrillers and aikido. Dr. Corr has a second-degree black belt in the traditional martial art which demonstrates the time he has devoted to it.

“It’s such a relief to go there, there’s no creativity, it’s all physical,” says Corr.            Dr. Corr’s passion for aikido is so strong that he hopes to see it become a course that would count as credits.

“That would be my dream course,” he says,  “It’s non-competitive, there are no tournaments, it’s very physical and it’s good for self- defense.”

When it comes to writing in Dr. Corr’s classroom, there is no room for humour.

“There is nothing funny about my academic writing,” says Dr. Corr with a smile on his face.

Aikido can be blamed for his tough critiquing on students’ writing. Much like aikido, Dr. Corr teaches clear concepts, he will teach what needs to be done and leave it up to the students to have the self-discipline to complete the task.

A sense of humour is a funny thing, something Dr. Corr most certainly does not lack. With his passion for teaching, his easy-going personality and ambition for creating aikido as a course, Dr. Corr is a perfect fit for Laurier Brantford.