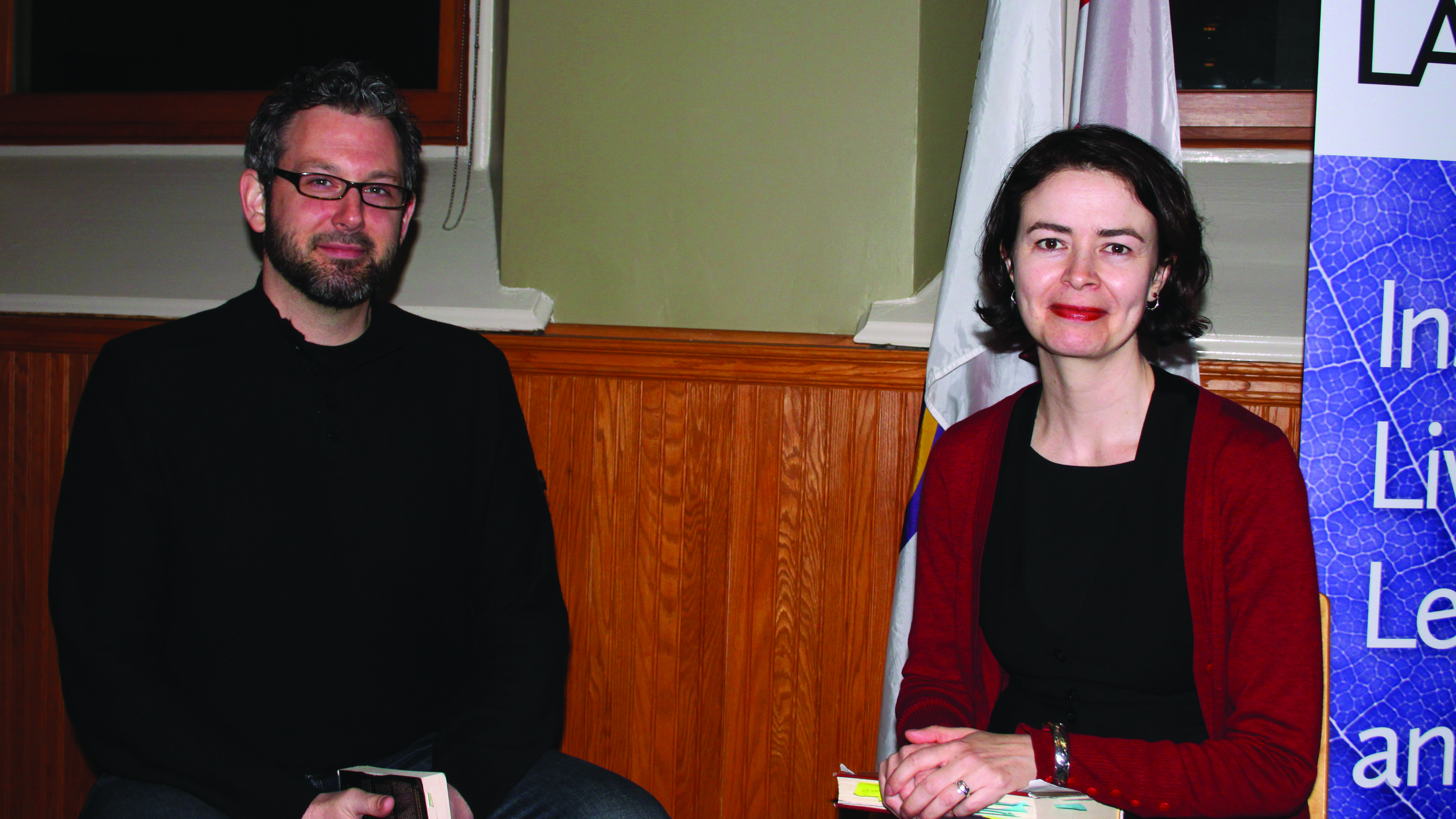 “What the (expletive) is this? Reading time? Yes, Lily, that’s exactly what it is,” read Alissa York from her book Fauna.

A handful of fans, Laurier staff and students gathered in Carnegie’s basement on Thursday night to discuss York’s book as well as Andrew Westoll’s Chimps of Fauna Sanctuary. The theme of the night revolved around the connection between animals and humans, with a hint of homelessness from York’s book.

“I thought it was a really intimate, warm and informed gathering, which was really everything you’d want from an author’s event,” said Janice Vilaca, Laurier Brantford’s Vice President.

The night opened with York and Westoll reading passages from their respective books. York’s Fauna revolves around a Toronto youngster named Lily, who is a runaway homeless girl with a strong attachment to her dog Billy.

Westoll’s work of non-fiction tells of his adventures and troubled relationships with the chimps at Fauna Sanctuary, a safe haven for former research lab chimpanzees, located on the South Shore of Montreal.

Running similar titles, both books played on the same concept of the intimate relations between humans and animals. After reading selected texts from their own books, the authors engaged in discussion from the small audience, taking questions and discussing the distinct locations from Fauna’s many settings.

One setting that intrigued fans at the event and became a point of focus was the wrecking yard, a place that acted as an animal haven in the novel. Much of the discussion period concentrated on York’s book with Westoll commenting on it, as well as adding his own anecdotes of personal experiences from around the world.

Attendees had favourable remarks for the event.

Westoll commented on the discussion and scope of the event, “It’s a real pleasure to do a reading with Alissa because of the similarity in spirit between our books.”

The event is part of York and Westoll’s participation in the Laurier community. Both are currently enrolled in the writer in-residence program at the Waterloo campus, wherein the authors attend and offer advice to students in workshops, give guest lectures and conduct readings on subject matter of their expertise.

Of her experience at the event on Thursday night, York said, “This is what you hope for these kinds of gatherings, and to meet passionate, engaged fans is a dream come true.”