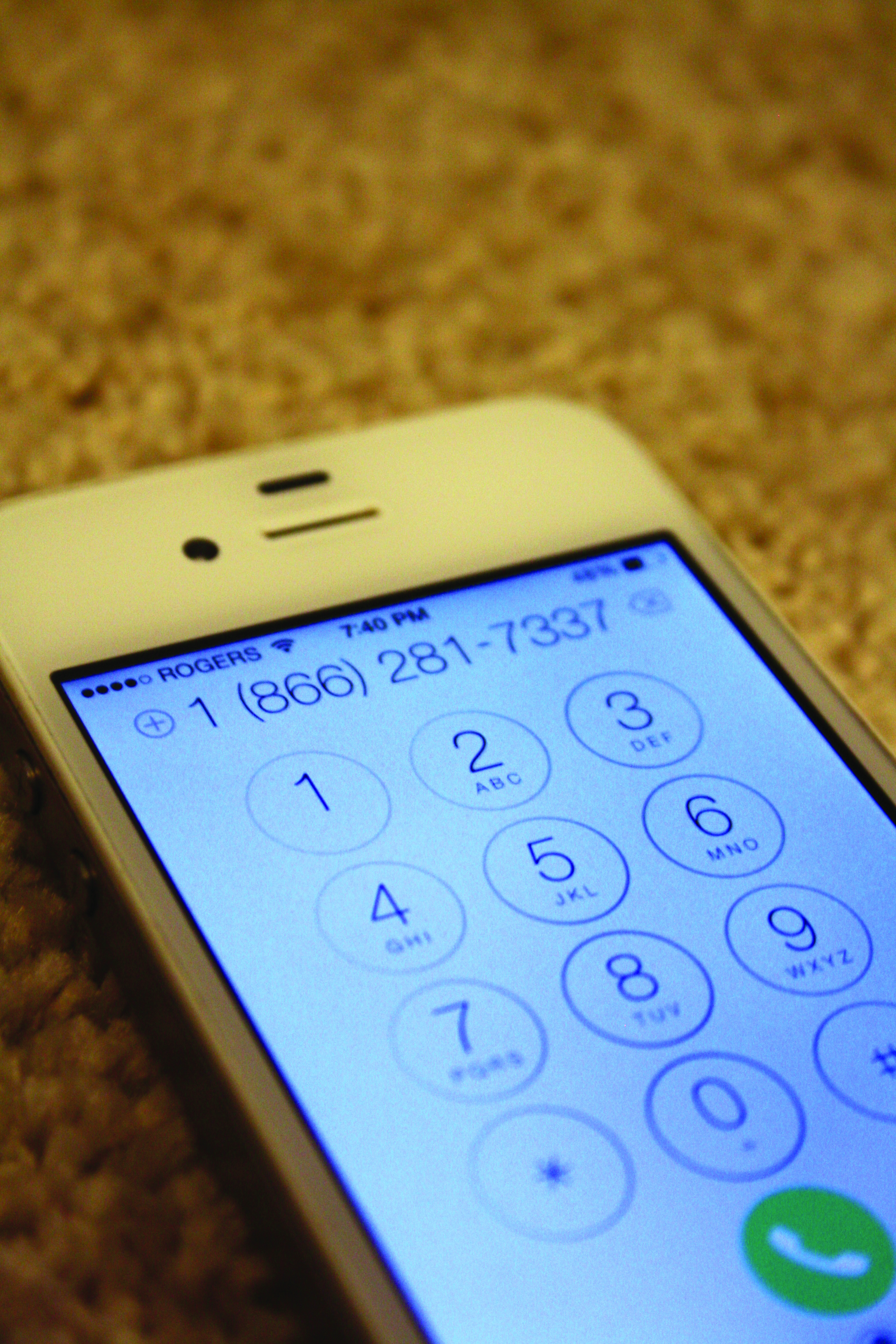 Laurier Brantford’s first year promoting a peer help line has been announced a success; members hope for even more in the following years to come.

Peer Help Line Co-ordinator Katie Monaco explained that there is an internal and external group of members that make up the peer help line organization. The internal group is only at the Waterloo campus. They are the ones behind the actual phone line. They are specifically trained to handle all the situations that go with along with speaking to students about certain issues and are completely anonymous. Monaco said the internal group is so confidential that she does not even know who is a part of it. Monaco is the co-ordinator for the external group at the Brantford campus, but another external group is also at the Waterloo campus. “We’re the faces of the peer help line, we connect with the students and promote the line,” said Monaco. The external group also promotes awareness of specific issues such as suicide, sexual assault and mental and physical health through campaigns and events.

“We’re trying to get students to talk about [the deep issues], that it’s okay to talk about it, the right way to approach a friend, that kind of thing,” said Monaco. Monaco explained that last year’s Associate Vice President of Services and Support, Kathryn Hannam, felt that Laurier Brantford lacked a venue like this. When she heard about the peer help line at the Waterloo campus she thought it would be a great idea to bring to the Brantford campus, and brought it up to the Student’s Union.

Monaco is very happy with the group’s success this school year. They held many events such as: a self defence class, a paint-your-own-pottery night, a trivia night, and a Zumbathon. “Our purpose is to like, kind of make it more fun and approachable and not be like ‘This is a really serious topic,’” Monaco explained. The peer help line even has a mascot, Cindy the cell, who attends most events and campaigns.

The peer help line group is strictly for promoting the line and awareness of issues. They do not collect money at their events and campaigns and they receive a budget from the union every year to cover expenses.

Monaco had 14 volunteers this year, one of which, Kaitlyn Atkins, was recently informed that she got the position of co-ordinator for next year. “I thought it was a really great program just because it does provide such needed support and kind of guidance for some of the heavier issues, as opposed to some of the other committees do the fun, the social events, but this one also provides the important stuff,” said Atkins.

Atkins said she has had a lot of fun with the group this school year, and thinks it has been a great success in meeting their goal to get their name out there. Atkins explains that they recently surveyed students asking if they have heard of the line, and was happy to say that a lot of students did.

Atkins plans to do many of the same events that Monaco held for next year, but wants to add more art therapy based events because the pottery night was her favourite. Monaco still plans to help and support the group next year, and hopes to have more volunteers than this year now that their name is out there.

“I want to do a day for just advertising for the actual line. So we’re not talking about the campaigns, we’re not talking about the different topics, were just saying ‘do you know what we do? Do you know the number? Do you know what you can call them for?’” explained Monaco. “That kind of thing, so we’re just letting students know about that phone number because sometimes we kind of forget to sneak that in.”

The peer help line is working to get the phone line as a 24-hour service, but it is very hard because it is a student-run line. The number is toll-free at 1-866-281-7337. It is currently open from 12pm- 2am from Sunday to Thursday, and 12pm- 3am on Fridays and Saturdays.