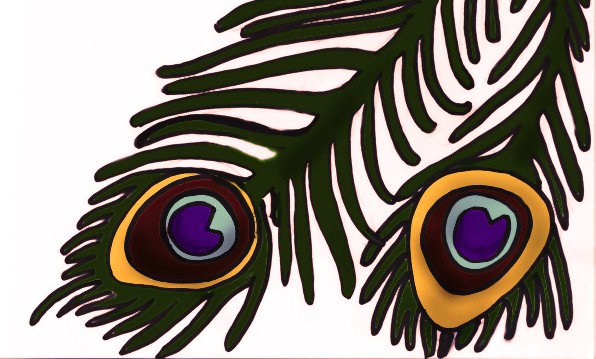 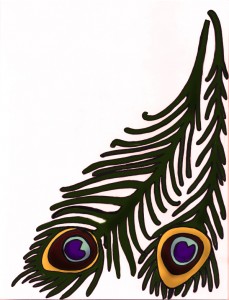 Peacocking is an illustrious, time-honored tradition. It is the refuge of the elaborate, the joy of the stylish, and at least in popular perception, the bane of the outlier. For so long, the art of dressing up, in an attempt to attract attention, friends, or even sex, has been labeled a sport mainly for the inordinately ordinary, and some say, therefore, the inexcusably mainstream. This is an unfortunate opinion, particularly since stigmatized groups have been doing it better, more often, and for longer than the painfully dull parade of pumps and short skirts, musky colognes and suit jackets that we blindly accept as our most effective example. Peacocking, in it’s purest, pragmatic form, has always been for society’s ‘weirdos,’ that unconventional lot, itching to let their freak flag fly, but of course, not by everyone.

Gay men, before the sex revolution, did it by wearing green carnations in Europe, and red neckties in New York. Swingers self identified by displaying the switch symbol, which depicts two overlapping arrows, on clothing. Ravers, in the mid 90s, signified affiliation by donning hard plastic pacifiers. Today, oddly enough, there is more peacocking going on than ever before, but for a slightly different reason; in a world filled with acceptance, openness and let’s face it, posturing, how can one be sure that individuals are displaying their lifestyle, rather than just flaunting a passing trend, or worse yet, openly mocking a subculture?

Nerds have arguably been the most pronounced in weeding out the ‘baddies’. Driven underground by the latest celebration of blockbuster superhero movies, and dark rimmed glasses, self professed ‘actual’ geeks have resorted to signaling each other through more and more obscure and complex means. Have you ever seen the phrase allons-y crudely hand stitched across a canvas bag? If so, you were in the crosshairs of a peacocking nerd, flexing his or her muscles in the realm of British, cult classic, sci-fi material or more succinctly, genuine fan boy territory. Much the same as a student nervously flashing their home built computer screen as they fire up Linux, or better yet, an ostensible binary code tattoo, inked in pitch black down an unsheathed bicep.

The odd thing is, this type of self-decoration is almost anti-style, a complete offshoot from the cultural appropriators who’ve used similar material ironically to create some form of fashion forward statement. Instead, nerd identifiers are gaudy, confusing and more than a little out there. But for those within the community, they mean something very concrete. It sends the message, that in more normalized language might translate to, ‘Hey, my name is blank, and I like to party.’ Of course in this case, party likely has LAN before it, and a really insane night might just include a Joss Whedon TV marathon, some deep philosophical discussions, couched in references to Half Life three, and Gabe Newell. Yet, as ludicrous as this all may seem, it’s really about taking pride in a legitimate identity.

Goths, punks, and all forms of radicals are in the same boat. With combat boots in every fashion magazine, from Vogue to Elle this season, clinging ‘authentically’ to that identity is becoming more and more difficult. Even funky hair is being cooped, with bubblegum pop princess, Katy Perry dying her locks vibrant neon’s. It makes one wonder, how truly subversive this act is? So, to retaliate, tattoos have been growing bigger, and more visible, Sex Pistol t-shirts have been replaced with the more obscure The Smiths, and surface piercing, even on the nape of the neck, have really caught on. While once considered badass, and slightly terrifying, being alternative is a lot softer nowadays with everyone hoping on the bandwagon. So what is considered different has grown more extreme out of necessity. The ye old days of punks receiving dirty glare after dirty glare, being screamed at from moving cars, and turned away from employment, have been replaced with a world of former cheerleaders turned ‘edgy’ scenesters, praying that a nose ring and purple highlights will somehow bestow on them a semi interesting personality and some street cred. The woman with two full, gothic tattoo sleeves, and a shaved head however, it’s safe to say, isn’t playing.

Possibly the least likely group currently dealing with this dilemma, is social activists. With the rise of ‘slackdivism’ – otherwise known as lackluster social media advocacy – there’s been a real scramble to differentiate between people who like helping, and people who like to look like they like helping. So while service and conscientious living were always considered painfully uncool, media attention and school wide campaigns to make them desirable traits means it’s very hard to separate the boys from the men anymore. Actual advocates have had to get pretty creative, and most have gone guerrilla, with shirts from local charitable organizations in their wardrobe, a few occupy patches from the marches they attended, and a roster full of obscure but heart breaking issues on the tip of their tongues. They don’t over saturate their Facebook pages with cause celebs, and hopefully they’re not still going on about Kony 2012. They don’t display their service, or flaunt their connections. They may not look as flashy as the kid with a 30-dollar PETA shirt; but when it comes right down to it, that isn’t the point, is it?