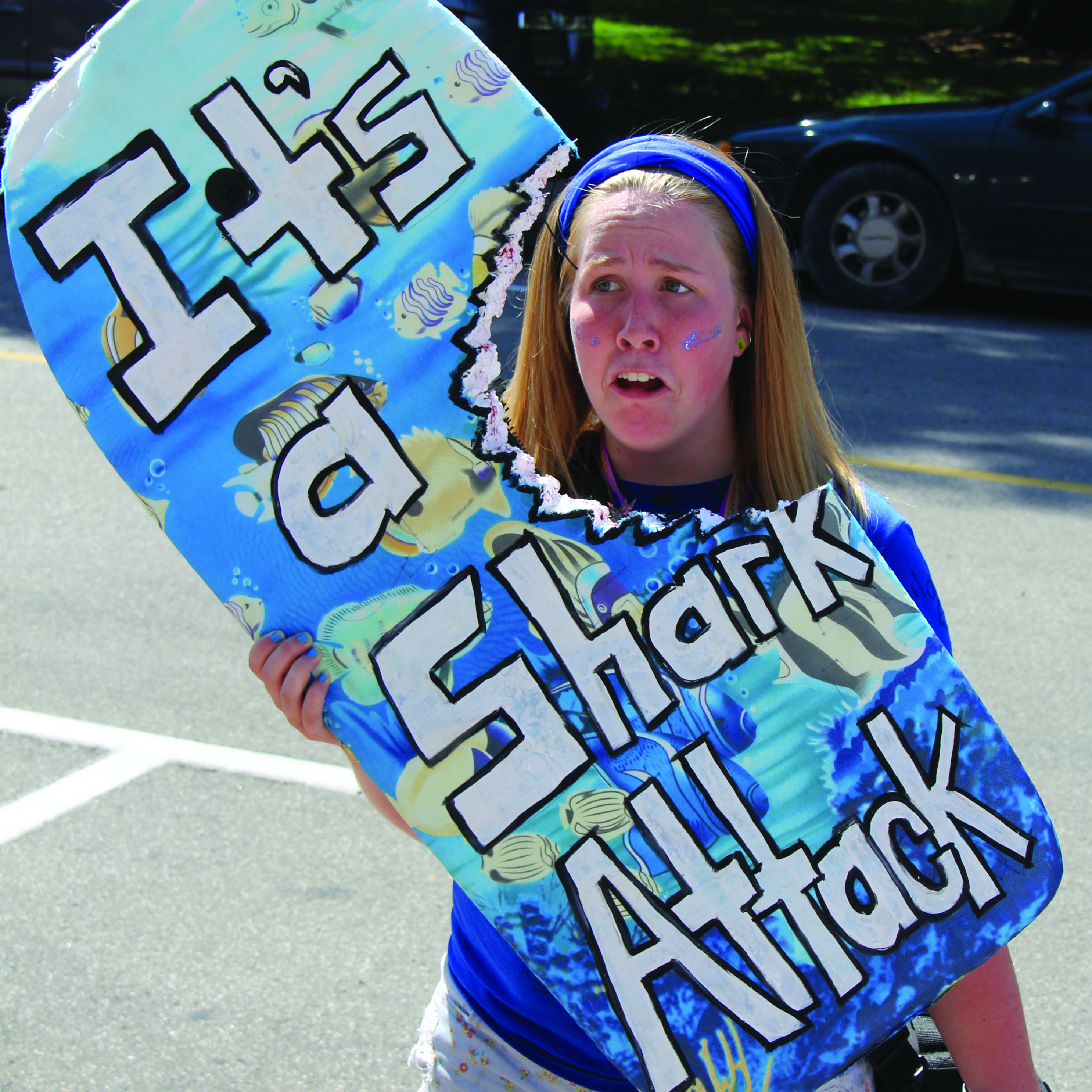 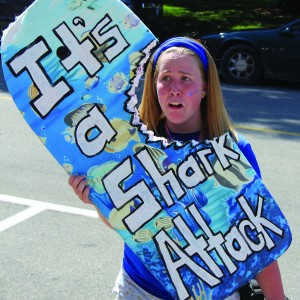 New people, exciting activities, and some less than sober fun are just some of the many ingredients that go into making a kick-ass O-Week experience.

For Laurier Brantford students enjoying their first week here on campus, O-Week is a great way to help them to meet new people, get acclimated to campus culture, and break the ice. For me anyway, the biggest new change was sharing a living space with three other guys who became the most important friends I have.

One thing that I remember from O-Week with a lot of disdain was the wake-up calls.  This daily horrific, cacophony of cheers, and “wakey-wakeys” only served to annoy and disturb me at ungodly hours of the morning. And who might you ask were the perpetrators of this heinous crime? The Ice Breakers.

The breakers were crazy as Hell, and literally put their voices and mental sanity on the line for the new students.  The support staff, breakers, and executives put their all into making an unforgettable O-Week.

This year’s O-Week had several exciting events that I will be taking a look at.

The event that gets the students into the club mood is the glow party; an incredibly fun and messy way for students to really let loose. Footloose that is. A night filled with black shirts and paint that glows in the dark makes for a fantastic night. With DJ NVous turning the tables this year, NV was bumping all night for a spectacular light show. The students cheered hard as the Green Gators won the Ice Breaker dance off. The rest of the night consisted of grinding, drinking (for the lucky few of age), and fist pumping.

Possibly the most exciting part of O-Week is the concert. A few bands get together and tour the university circuit for the assorted frosh/orientation weeks. At this year’s concert the bands were amazing. The acts ranged from rap to electronic rock and metal.

First to take the stage was the Tupperware Remix Party, an electronic rock/metal band hailing from Halifax, Nova Scotia. They wowed the crowd by coming out on the stage with wacky costumes and some serious skills. Shredding not only on guitar, but on the key-tar as well. Their zany antics on stage kept the crowd cheering for their entire set.

Next on the ballot was Shawn Hook, a B.C. native who stole the hearts of the ladies in the audience with his alternative ballad rock style. He seemed to just get better and better as he played each of his songs, keeping the crowd on their feet and in the mood the entire time he was on stage.

Third on stage was the rap duo Son Real and Rich Kidd. Their high tempo rap lyrics entertained and engaged the audience. Although not my favourite act, they showed extreme dexterity, sometimes rapping for whole minutes with little breaths in between.

And finally, the headliners of the show, Down With Webster. Their high energy set made Laurier scream! The audience screamed when fan favourites like “Rich Girl”, “Your Man”, and “Whoa is Me” were played.

The crowd raved when the drummer Marty played his Mario themed drum solo. My favourite part of the set was during Marty’s solo when he played Rage Against The Machine’s classic hit, “Killing In The Name Of” to much applause from the crowd and myself.

Laurier Brantford first years had their minds opened as hypnotist Ryan David showed the crowd and his hapless volunteers just how powerful the art of hypnotism is. Some of his suggestions included a celebrity episode of American Idol judges Simon Cowell and Paula Abdul in tow.

The celebrity guests included a hypnotized Britney Spears, Michael Jackson, Katy Perry, and even Ken and Barbie. Another act was for the ladies as he hypnotized the entire male volunteer ensemble as the Chippendale dancers.  Other hypnotisms included a petting zoo trip, as well as Canada’s Best Dancers. In fact, David’s show worked so well that people in the audience were becoming hypnotized in their seats and following his suggestions from their chairs.

With prizes like: personal chefs, leg waxing, spa nights, movie vouchers, and  even baked goodies, Laurier Brantford students bought tickets all week to try and win their prize. The winners excitedly watched as their victims fell prey to hair clippers, and hot leg wax. As well as the raffle, the movie Grown Ups was shown for the night to help occupy the students.

Unfortunately, this year’s Shinerama was postponed due to inclement weather conditions until September 15. So instead of letting a little rain get in the way of their fun, a movie day was held and through online fundraising they exceeded their goal, and Laurier’s own Gold Lions are in the top ten fundraising teams in all of Canada for Shinerama.

And finally, the dreaded end of O-Week. This is the culmination of all the team’s hard efforts, the prize at the top of the pedestal, the light at the end of the tunnel. This of course is the announcement of the winning O-Week team. Drumroll, please. This year’s winners are… The Red Cobras. Congratulations for going out to every event and cheering yourselves hoarse.