No more taxes on tampons – period 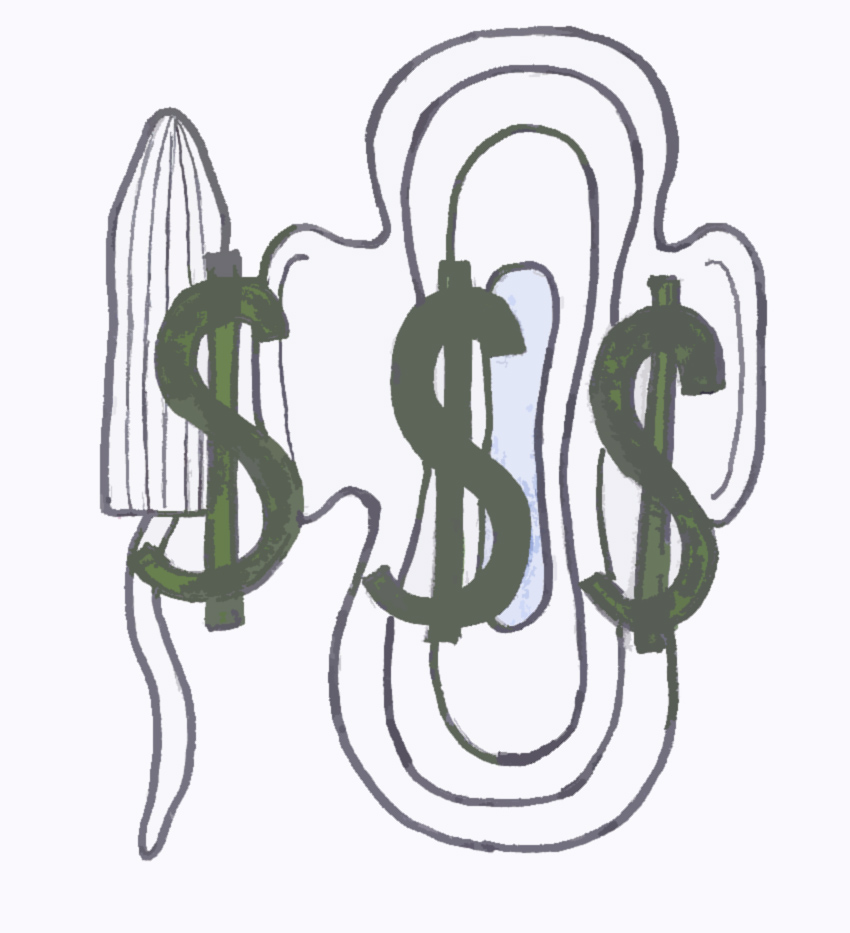 What do products like milk, bread, vegetables, prescription drugs, and medical devices like contact lenses and hearing aids have in common? Canadians do not pay taxes on these types of “essential” products.

More specifically, these products are zero-rated. This means that GST/HST is not applied on the supply of these products, as these products have been deemed a necessity by the Canadian government. Surprisingly, tampons and other feminine hygiene products do not fall under this list of necessary items, despite being essential for all menstruating women.

Recently, this tax law has received resistance, being challenged for being “unfair”. Shining a spotlight on the topic for the public is a group called Canadian Menstruators, who are currently running the “No Tax on Tampons” campaign. Kathleen Fraser, a spokesperson for the campaign, explains how the movement started, “Many of us involved in the campaign have been frustrated with the expenses associated with menstruation for years. I think this is an issue a lot of people feel strongly about, and they haven’t felt like their voices are being heard.”

“According to the Government of Canada all menstrual hygiene products are considered a non-essential item or luxury. To add insult to injury, items like incontinence products, cocktail cherries, human sperm, wedding cakes, and lottery tickets are not subject to GST.” explains the Canadian Mensturators Facebook page.

The organization is using the power of social media to spread awareness about the discriminatory tax, and they are encouraging Canadians to sign their petition in order to change the Federal rules. “Irene Mathyssen (Member of Parliament) introduced Bill C-282, An Act to amend the Excise Tax Act (feminine hygiene products), in October of 2013, and the bill will be lost if Parliament falls. It’s a private member’s bill, so it needs a lot of public support for it to be debated,” Fraser explains, emphasising that in order for the “No Tax on Tampons” campaign to succeed public support is crucial.

Due to these taxes, tampons and pads become even more unaffordable for women who are already financially struggling to make ends meet. Cindy Oliver, the manager of Brantford’s Food Bank, states that their organization, which works on a donation basis, has noticed that “there is always a need for feminine products, but we don’t very regularly get them donated”.

One of the concerns of having insufficient menstruation products is the increased risk of Toxic Shock Syndrome, which is a life-threatening complication that can result from bacterial infection. It’s difficult to collect menstruation products for donation as most people don’t focus on these items when donating to a food bank, “Whatever products we do receive, we package down, so you may only get five tampons instead of an entire box” says Oliver.

Dr. Christopher Schneider, an Associate Professor of Law and Society at Laurier, further emphasizes the need for public awareness and support, “Social media platforms really contribute to the conditions to where groups and issues such as this can be brought to the attention of the broader public, including men, as it’s probably an issue that’s low on most men’s minds, something they may not reflect on”.

Despite being considered by many to be a ‘feminist movement’, an exemption of taxes on tampons is beneficial to everyone in society. Dr. Schneider points out, “Tampons, pads and other feminine hygiene products are necessary for women because they are active participants in society. We need women to be in the work force and to go to school; it makes society more productive and better for everybody”.

The campaign estimates that the Canadian menstruating population spent approximately $519,976,963 on feminine hygiene products in 2014, resulting in a GST revenue of $36,398,387. This large economic gain is acquired by the federal government through targeting a population that cannot avoid this natural bodily function.

1 thought on “No more taxes on tampons – period”