Brantford takes a stand against bullying with Pink Shirt Day 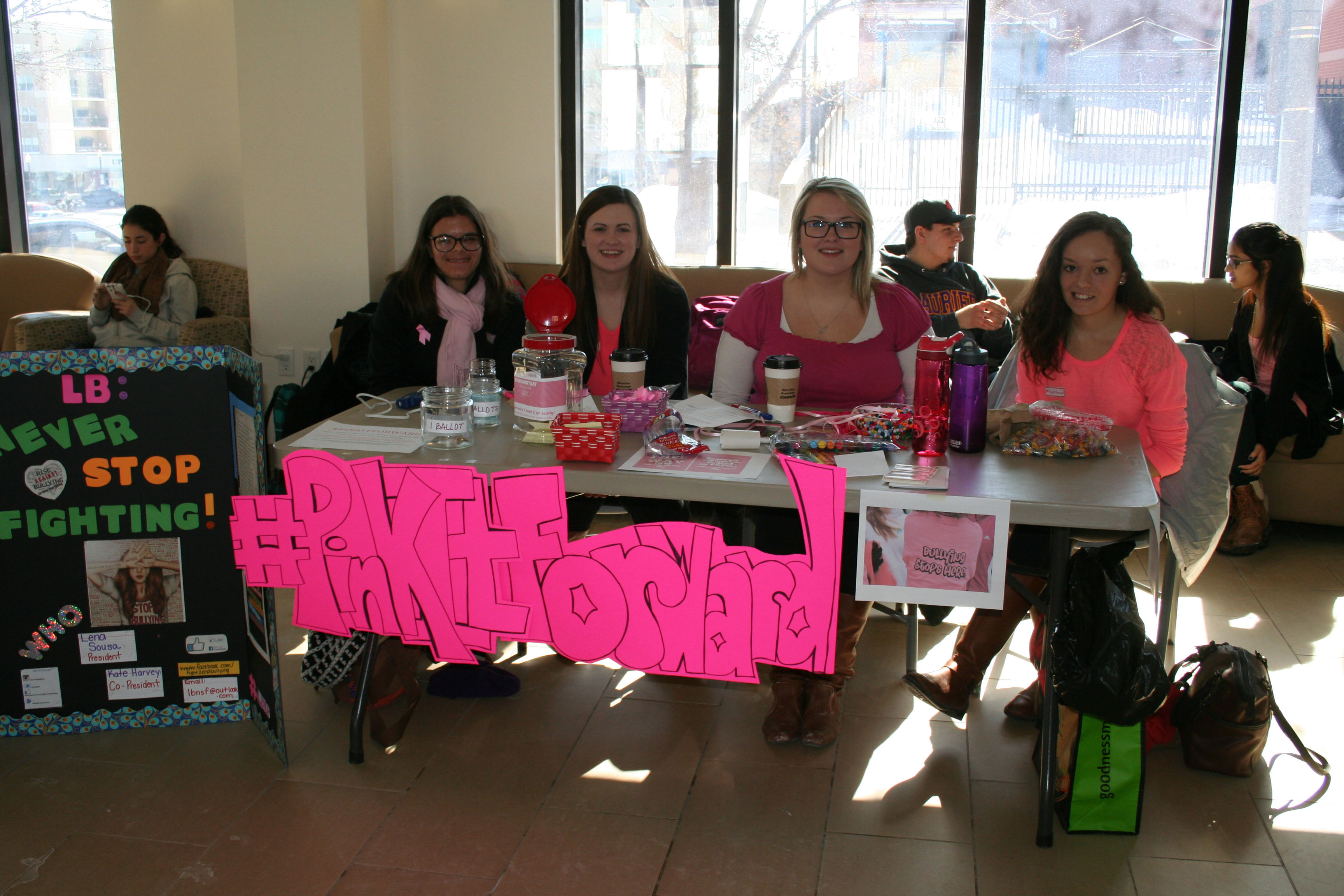 On Feb. 25 the City of Brantford celebrated Pink Shirt Day, a worldwide campaign against bullying, where participants annually wear pink shirts to raise anti-bullying awareness on the last Wednesday in February.

The Boys and Girls Club of Brantford, who raised funds for the campaign by selling pink shirts to the local school board, as well as other groups within the city, led the initiative.

“We use the day to celebrate the successes, support and efforts of our community; we take Feb. 25 as the day to keep the conversation going. However, we certainly understand that the issue of bullying occurs on an ongoing, daily basis,” said Deanna Searle, executive director at the Boys and Girls Club of Brantford.

The money raised will support the club’s after school programs, which they believe can help prevent bullying through developing traits in children such as inclusion, acceptance and respect for others.

“Within the Boys and Girls Club we have expectations of behaviour and respect, and also try to give our members the tools to address and report bullying appropriately,” Searle stated.

The inspirational story behind Pink Shirt Day illustrates the ability for bystanders to take action and prevent bullying. Back in 2007, Nova Scotia high school students David Shepherd and Travis Price noticed a younger classmate being bullied for wearing a pink shirt to school. Shepherd and Price decided to purchase 50 discount pink shirts and organized a “sea of pink” protest the next day, with hundreds of students at their school participating. The event received widespread attention, leading many communities to celebrate Pink Shirt Day annually.

At Laurier Brantford, a new club called Never Stop Fighting held an event at the RCW lobby, in support of Pink Shirt Day. Never Stop Fighting was co-founded by Laurier Brantford students Kate Harvey and Lena Sousa, with the intention of bringing awareness towards issues of bullying and providing a voice for students who have struggled or are struggling with bullying.

“We decided to start this club to promote bullying awareness around campus because we found that even though people think it’s an adolescent problem, we were seeing it throughout the university, especially in residence,” said co-founder Kate Harvey, a third year concurrent education student.

“We want to promote that it’s not character building or something that everyone goes through; it’s a problem that is very serious and people face very serious mental health illnesses from it,” Harvey added.

Being the victim of bullying can have adverse effects on the mental wellness of youth; this has become evident in recent years, especially through the high profile stories of teens being bullied so severely that they were led to take their own lives.

“Working with the adolescents that have mental health issues in my program, I would tell you that greater than 50 per cent of them have been bullied in the past. Even if the bullying has ended, they’re still significantly stressed; it negatively impacts their ability to cope and influences they’re behaviours,” Marshall stated.

“We can’t say that bullying causes mental illness but we know that it’s extremely detrimental for people who develop mental illnesses to also have been bullied,” added Marshall.

This year’s Pink Shirt Day had a lot of visible support around the city, as the cause continues to grow internationally. Some noteworthy individuals and groups within the city showed their support this year including Brant MP Phil McColeman, Brant MPP Dave Levac, the Grand Erie School Board and Brantford Police.

However, it is clear that bullying among adolescents remains far from resolved in Canada. By considering the results of a recent study by PREVNet, that researchers from 28 universities participated in, the statistics remain alarmingly high. For instance, half of Canadian students reported that bullying is a problem within their high school and one-fifth of teenagers face cyberbullying on the web.

The study affirms the message of Pink Shirt Day, in that the solution may lay in the actions of bystanders speaking out to the bully and standing up for the victim, just like in the case Shepherd and Price. The study found that peers are present in 90 per cent of bullying incidents and that when a bystander intervenes, the majority of bullying cases end within 10 seconds.