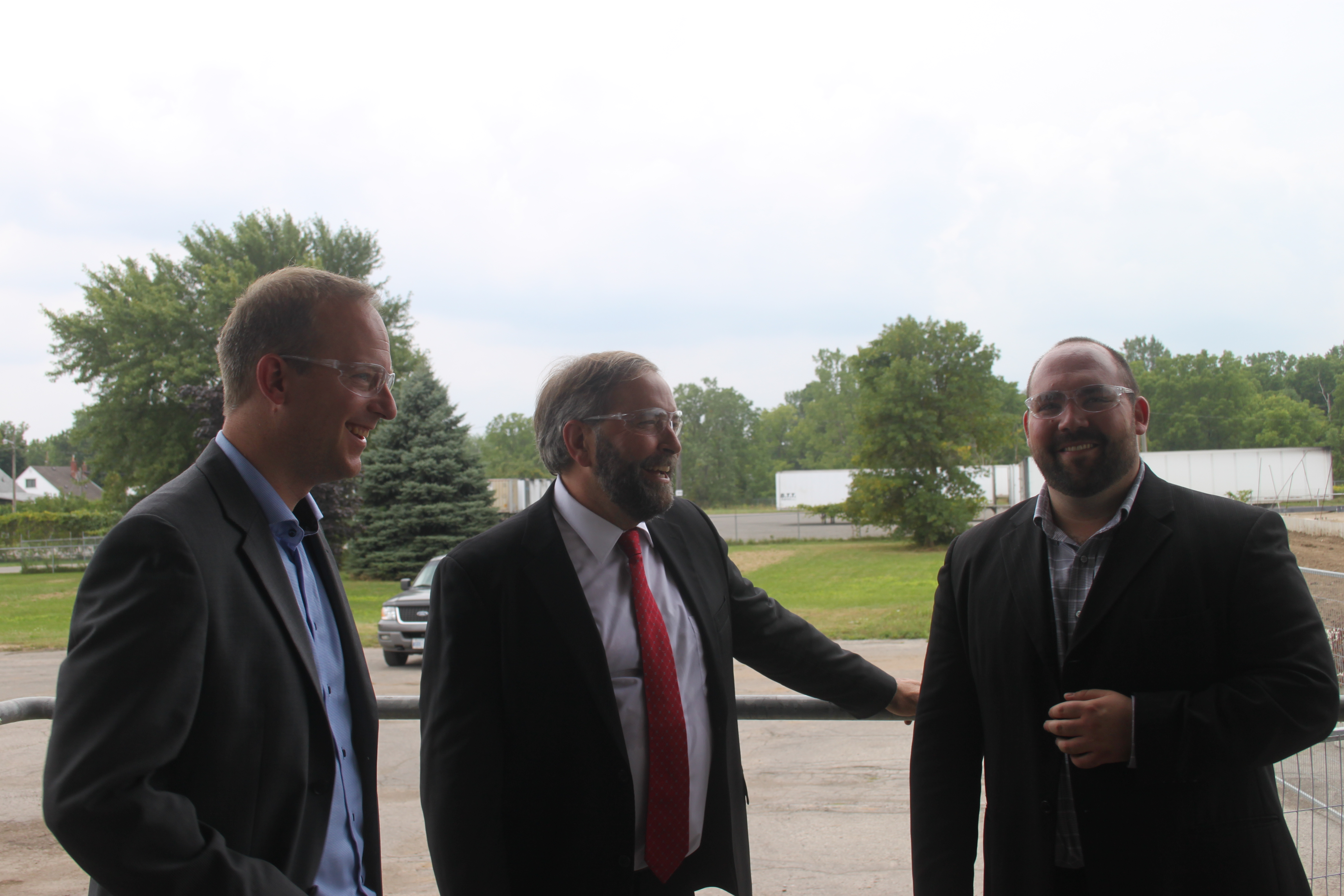 Upon arrival, Mulcair and company were informed of the plant’s branching to the North American market via Canada, it’s purpose, and it’s story of recovery from near bankruptcy by company president Torben Rosenkrantz-Theil.

Hartmann North America has been distinguishing itself from competitors with their unique methods, such as incorporating full biodegradability in their product and enforcing a policy of only using 100 per cent recycled material.

“Ideally located” in Brantford, as company president Rosenkrantz-Theil states, “we are able to provide for all the big name stores in North America [including] Metro and Loblaws.” The factory employs roughly 150 individuals from the Brantford region, producing roughly 1.2 million cartons a day, which totals around 400 million annually.

This visit to Brantford marks Mulcair’s third since being named party leader and Leader of the Official Opposition, replacing the late Jack Layton in March of last year. This stop is one of many in Mulcair’s recently started cross-country tour, in which he’ll be discussing sustainability, economic growth, and his “roll up the red carpet” initiative in which he hopes to abolish the Senate.

Also in attendance was the newly elected Provincial NDP candidate of record Alex Felsky, company executives and members of the union.