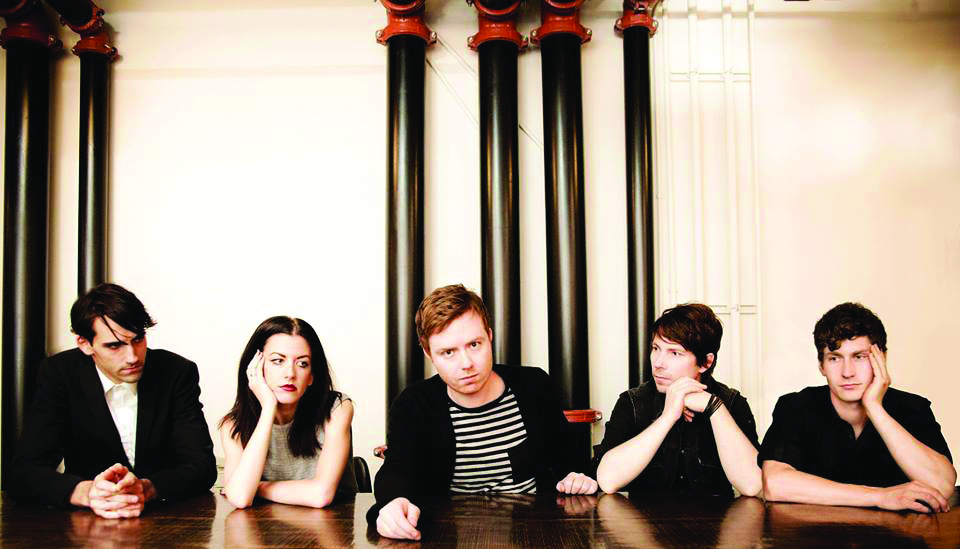 Fast Romantics are a great new band who formed in 2008 and are originally from Calgary, but are now based in Toronto. They’ve had songs in many TV shows, including Shameless, Pretty Little Liars, and Vampire Diaries.  The group is definitely on the rise, and will undoubtedly blow up in the Canadian indie music scene in no time at all. I got the chance to hook up with Fast Romantics and find out some cool things I didn’t know about the band. Read all about them below, and don’t forget to look out for their new album, Afterlife Blues, due for release on October 8, 2013!

Why did you choose “Fast Romantics” as the band name?

We’re still not really sure, you know. I’d say it suits these ugly modern times a bit, you know, everything is faster, bigger, better. In a world like that, fast romance has got to be better than just plain old slow and boring romance, right? Really this is just a lot of hindsight nonsense about a name that I’ll admit was the result of several whiskeys, four grown men, and a locked door. Though I would like to take this opportunity to make it clear that it has nothing to do with premature ejaculation.

On your site, it says that Afterlife Blues flowed better because you could just be yourselves. Previously, were you struggling between being yourselves and being who you thought others wanted you to be?

You could say that. When we put out our first record I don’t think we realized how hard it would be to get people to actually listen to it. We were proud of it at the time, but it didn’t really go anywhere. So when we made our last EP – and I’m just being completely honest here – I think we just got hung up on trying to put together songs that people might pay more attention to. We didn’t see the point in making music that nobody knew existed, so we tried to write songs for radio, or for a certain kind of live show, or something. But listening back, it sounded like a bunch of people trying to be what they thought other people would like. And it’s funny, that didn’t work either, because it was bit dishonest. Still some cool tracks on it, but it wasn’t us. I think people can smell it when you aren’t being yourself. So it was a hard lesson to learn, you know, but it was an important one. So when we started making this new album we decided that the only way people are really going to listen to you is if you are just 100 per cent completely honest and don’t think too hard about how you want it to turn out. And listening back to it now, I think it shows. This is the album we’ve been struggling to make since we started. I’d even go so far as to call it our actual ‘debut’ if only ’cause it’s the first time people will really hear us for who we are. Whether it’s going to mean more people listen and buy it, I dunno, but at least we can be insanely proud of it.

How exactly did Lauren and Shane come into the picture?

Through the magical and sometimes erotic power of classified ads. Our drummer Alan actually answered an ad that Shane put out when he was putting together a project, and they played together a bit. Alan had to bow out to focus on our new album, and at the same time we put out an ad for a new guitar player. Through magic or something, Shane answered our ad, not knowing it was us. Happened really fast, he just fit in so well, and we happened to be looking for a keyboard player too, so he introduced us to Lauren. The whole thing really fell into our lap. Those two have really rounded out our gang, it’s amazing how fast they became Fast Romantics. Can’t imagine life without ’em now, even though they do have weird accents and their toilets swirl the wrong way.

What is your favourite venue to play?

There’s nothing like a small sweaty club with a rowdy crowd. We’re a high energy band, we like to make noise and see people move. It’s hard to do that in more wide open spaces. I mean, we’ll play anywhere, a public bathroom, your grandma’s garage, wherever. But the small club is always gonna be special. Even if we get privileged enough to play larger venues in the future, I think we’ll always set aside nights to play nights in small clubs.

Will you stay based in Canada?

Canada is the best place in the world to be a band, it really is. That’s not sucking up, we’re just proud. So much support here. This country has really built up a reputation for making great music. We were down in Austin for SXSW and there was a huge appetite for what Canada was putting out. Will we always live here? Hell, I don’t know. We’re adventurous; we might end up in other places for a while. I think we all want to tour so much that we won’t really even know where we are based at the end of the day. But we know where we come from, and I think you can hear Canada in our songwriting. We’ll always have our roots here.

If your band was a movie, what movie would it be?