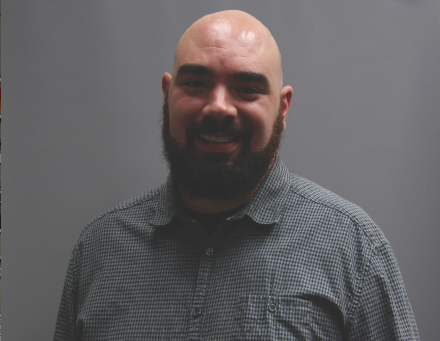 This past Saturday was what I call the most depressing day in Facebook history. Years from now we will all remember where we were, and what status we posted, the day the Facebook Wars reached their peak.

I am referring to the outpouring of hate, accusations and bitterness that occurred on Facebook in response to the terrorist attacks in Paris the night before. These kind of things have become all the rage lately. From a thousand different opinions about Jian Ghomeshi, to the shouts of praise from Trudeau supporters (and prophecies of doom from Harper’s), everybody now has a say about highly-publicized social issues. Similarly, when the United States Supreme Court ruled for the legislation of same-sex marriage, everybody in favour changed their profile picture background to rainbow colours. And of course, everybody not in favour made a status complaining about it.

What took place on Saturday was a different beast altogether. For every person who said something racist about not letting refugees into Canada, there was someone else who told everybody how much they hated all their friends and how they were of such high morals that they would delete these ignorant people. Which is fine in and of itself, but broadcasting it on Facebook only further contributes to the atmosphere of accusations and hate that occurred on that day.

Beyond those two factions, there are the people that respond to either of the two sides, encouraging them to love, and to not be so critical of others. But we know how people respond to criticism – not well. And don’t let me forget the people who say don’t pray for Paris, but pray for the world. I think they are forgetting the point that praying for Paris is still a decent idea, but that praying for or remembering the other countries that were attacked on that day wouldn’t hurt.

Something that should be taken into consideration is that everybody is expressing their thoughts from the same place – that of anger and hurt, and often fear. We all feel horrible about what happened, and are all affected in many different ways. But that is the point. We are all affected, so it is counterproductive to take it out on each other when we are all experiencing the same feeling of horror and worry about the world, and about what could happen next.

After all, the goal of terrorism is to evoke fear and terror into the hearts of the masses, so let’s not give in to their wishes. Showing your support and concern is one thing, but trashing people on Facebook is another. After all, hate only breeds more hate.

So let us all remember that we are all human, and we are all connected. We can all feel compassion, anger, terror and love about something that happens on the other side of the world. If you want to change your profile picture, that is just as OK as not doing that. If you think people should show concern for victims of other attacks instead of just the Paris ones, that is commendable, but it is worth it to understand why people react the way they do. Everyone feels bad about what happened, it is just that some people are more affected by what happened in Paris than they are by what happened in other places. That is nobody’s fault, nor is any of this anybody’s fault. It is a reality of our world, and a reality that can only be fixed by love and compassion, not war, even if that war occurs on Facebook.