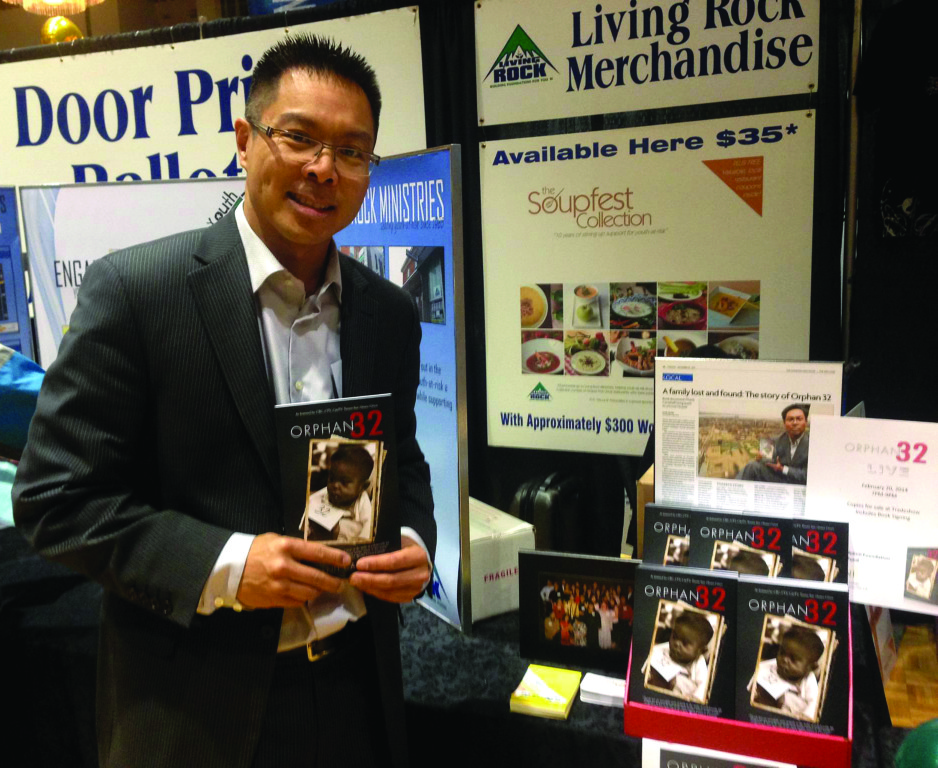 Thanh Campbell was born during the Vietnam War in the year of 1973, and he was one of 57 orphan children that were airlifted out of the country for a new life in Canada. On Nov. 6, a bright eyed and contagiously cheerful Thanh shared his story with an overflowing room of Laurier Brantford students.

One of the consequences of the war in Vietnam was the high volume of infants and children without families and caretakers. The country sent out an international message asking nations to step up and take in the orphan children – leading to a rescue project referred to as Operation Babylift.

Volunteers set to work getting all the paperwork in order for the orphan children to be able to travel. The plane carried children from the ages of three months to nine years old, with the infants being transported in banana boxes and orange crates. During a stop in Hong Kong, a team of nurses and doctors were assembled to take care of the gravely ill children. They were then flown to Toronto on a commercial airplane.

In Canada, Thanh was adopted by the Campbell family and their five children. Curious about the other children who shared his airplane journey to Canada, Thanh set out to have a reunion with the pilots, children, volunteers, and stewardesses of Operation Babylift. The reunion was covered by the Hamilton Spectator, and his story was also published in a local Vietnamese newspaper. This led to Thanh being contacted by his long lost biological family. In the years to follow, Thanh would learn that he was not orphaned, but rather taken away from his family due to a misunderstanding.

The first time Thanh spoke to his biological father was on a phone call to Vietnam during which they communicated with the help of a translator. Thanh fondly recalled the translator telling him the following, “Your father wants you to know three things: One: You were never abandoned. Two: We love you very much. Three: We have been looking for you for over thirty years and we never gave up hope that we would find you one day.”

In 2007, Thanh, his wife and his three children set out to meet his family in Vietnam.

When asked what the most memorable part of his trip was, Thanh answered, “I remember when we were flying into Saigon, now called Ho Chi Minh City, I reflected on the fact that we flew out under such different circumstances during the war, and how grateful I was that the world had changed and I could now go back to my home country and meet my family.”

Thanh’s story is especially significant in light of the current Syrian refugee crisis. Recently admitted into parliament, Prime Minister Justin Trudeau has stated that Canada needs to be more directly involved in helping the refugees relocate. During the election, Trudeau promised that Canada will provide refuge to 25,000 Syrians fleeing the civil war.

Furthermore, Trudeau’s government has promised $100 million as aid to the UN refugee agency. As the Syrian crisis continues, Canada’s role in providing humanitarian aid will be in the spotlight.