Mental Health: Sympathy for the celebrity, ridicule for the rest 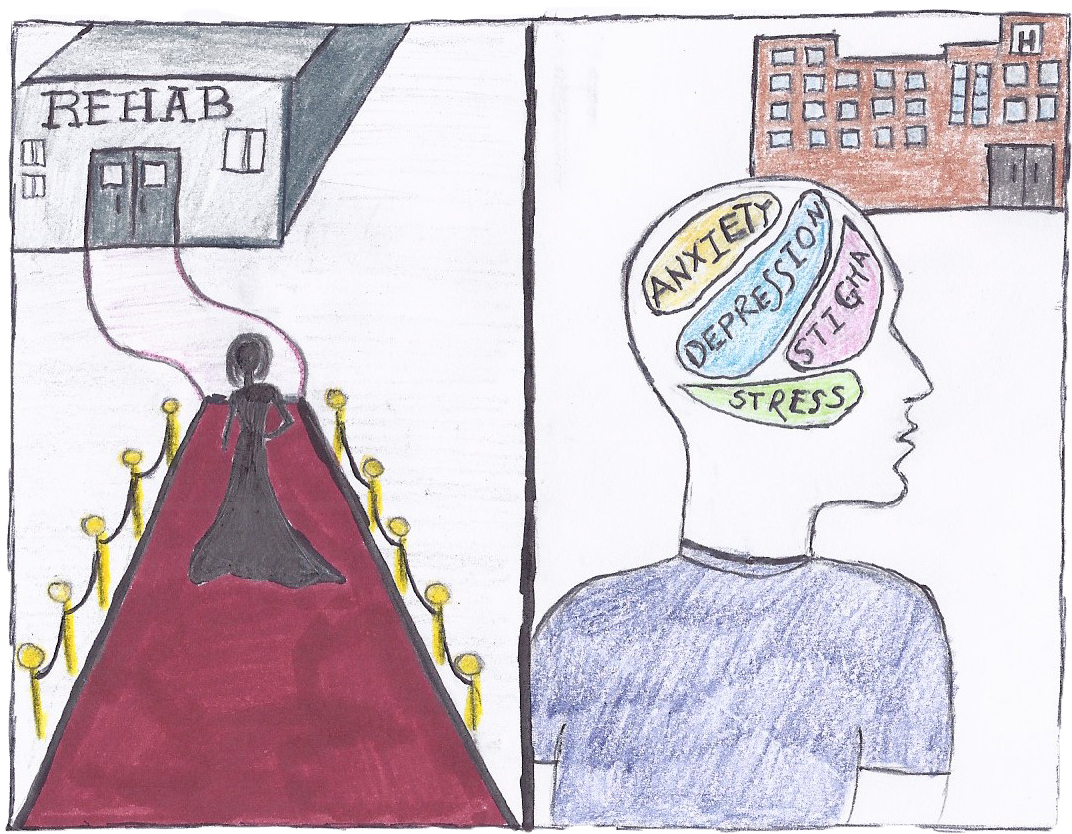 Celebrities are treated differently than regular people. That is nothing new and like it or not, most of us kind of accept it as just the way it is. I do not really see anything wrong with that for the most part. If you grow up watching a particular actor and look to him somehow, that is fine. If a particular celebrity or athlete wants to give back his or her riches to those in need, than that is good on them. They should be congratulated.

Where the disconnect lies though in all of this, is when we forget that they are still just normal people like everyone else. Most of them started off as we all did, going to school, without fame or money. But we expect them to be different and not have the same problems as us. And when they do, then we often make excuses for them, that is if they are beloved. If they are a “trashy”, almost joke of a celebrity than the ridicule doesn’t stop. This double standard most rears its head in regards to mental health.

When a person like Robin Williams dies as a result of suicide and depression no-less, the world was in mourning  and for good reason. So many of us had grown up watching his movies and laughing along no matter what was going on in our lives, and to see someone who looked so happy have this end to life was especially sobering. It opened up a two-week-long discussion of the reality of suicide, and recognizing similar suffering in our loved ones. Did Williams give up on life, or was he so far gone that he was barely even conscious of his decision? Regardless of where we fell on the topic, we did not look at him in ridicule. Very few remarks were heard of people criticizing Williams for acting selfish or for not sucking it up. However tragic, these events contribute greatly I believe to the understanding of mental health in North America. But that is not the only side to the case of mental health and the celebrity.

Lindsay Lohan. Michael Jackson. Amanda Bynes. Metta World Peace. Amy Winehouse. Some of these celebrities are loved, others not; some are alive, and some are no longer with us. But what this group of people have in common is that the majority of public opinions about them and their struggles, be it with mental health, addiction, or other, were overwhelmingly negative. Let’s be honest: we love Michael Jackson’s music, but we do not sympathize with the struggles he had. Whatever made him bleach his skin white, possibly engage in questionable activities with children, or overdose on drugs, our first thought of him is not that of a celebrity struggling with disease and affliction. Rather we think of clever punchlines, although sure, we think it’s too bad that is all he amounted to.

Is it enough to say that Robin Williams was viewed differently because he was loved, while these others were not loved, and thus were not or have not been treated with sympathy? Perhaps we should consider what lies behind our opinions of these people, after-all, they are all celebrities because at some point a lot of people liked them and thought they were great people. I think the difference depends on whether or not their struggles were played out in front of our eyes. Were we reading about them constantly in People Magazine or TMZ? Or, like Williams, did we really have no idea he was struggling? Sure if we were paying attention, we might have known that Robin Williams had depression, and might have even had times where his struggles were shownin public. Yet for whatever reason, they were swept under the rug and not really talked about.

On the other hand, nobody had a problem with Lindsay Lohan in Mean Girls. She was awesome; she was the first Emma Stone. That is of course until she wasn’t. Then we all couldn’t stand her, could not identify with her seeming change in personality and life-choices.

Spend some time considering that point, and see if you agree. You might be able to find some exceptions, but I think the majority of examples play out this way. But what does this say about society? We want more openness in mental health, and we want less stigmas attached to depression and suicide, and rightfully so. We as a people desperately need this, and it is getting better every year, no matter how slowly. But we need to look at ourselves, and see how we can start the change we want to see. Instead of complaining or laughing about the celebrity throwing a tantrum in public, show empathy at what fame can do to people. Let’s at least try to reserve judgement for people and situations we do not know or understand.  Instead of telling your friend to stop being so angry or depressed, talk to them, and ask them what’s wrong. Show them a better way to deal with their emotions, ask if they want help.

These are not easy changes to induce, but what matters is that the effort is made. The awareness is out there, that part of the process is doing great. What needs to come next is the individual responses both to people they know and those they don’t, be they celebrities or not. No longer do we need to look at society’s response to mental health as negative. We just need to stay positive and continue the fight. No longer do we need to criticize Hollywood like it is our job, nor do we need to hold celebrities on the highest of pedestals. We are all humans, living on the same earth, going through the same problems, dealing with the same emotions and diseases. Let’s start acting like it.