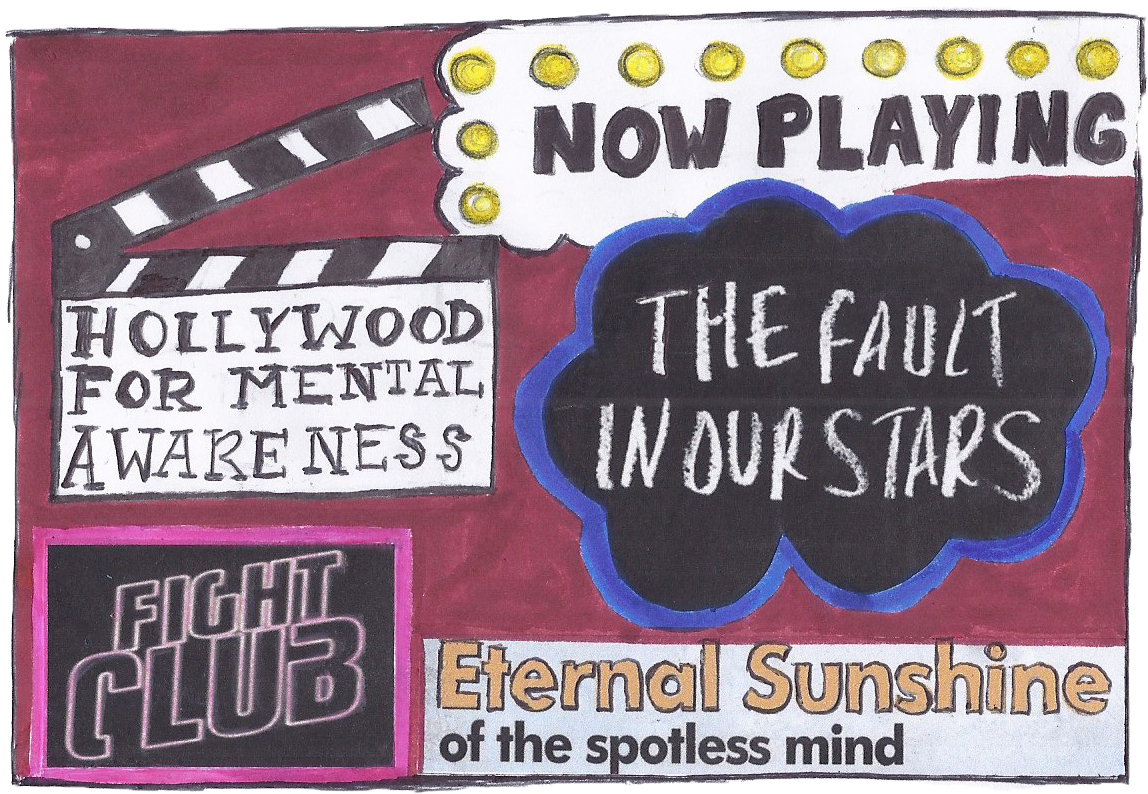 What is Hollywood really? Is it the big brother that comforts us when we feel down and out, or is it the school bully, pointing out our flaws and magnifying them to a humorous degree?  Personally, I see Hollywood as a teenager going through puberty.

Something that is constantly evolving and changing. At first, its view on tender issues, sexuality, family relationships, and namely mental health was shallow and often times cruel. However, as it reached its major changing point in the new millennia it began to develop a bit more subtlety and concern towards its audience. Now don’t misunderstand me, Hollywood like anyone, has its relapses into a shallow mentality (Transformers, I’m looking at you). But that is not what defines it.

In this instance, I would have to say art reflects life. As Hollywood has grown so has the general society perspective. As new-millennia movies are released that are more compassionate towards the complex issue of mental health, we see a strong parallel in societal group-thought.

If we look at two examples: Fight Club and Eternal Sunshine of the Spotless Mind we see very distinct differences. Both films are excellent and cult classics at that, but they take a very different approach to the mental health addressed in the film. Spoiler alert, but you have had upwards of 10 years to see them. Fight Club, released in 1999 uses the disorder in the movie (Dissociative Disorder) as more of a means to an end, to further the plot. They briefly dive into the character’s psyche, but again, only to give his motivation and further the plot in general.  If we look at the societal parallel in 1999, we see societal change in preparation for the coming year, whether it be for Y2K or for the advance in technology. We also see the shifting of allies and power on a large scale, which made a portion of the populous uneasy.

Now if we look at Eternal Sunshine of the Spotless Mind, released in 2004, shows a much subtler, more adult portrayal of mental health issues. It introduces the disorder (Depression and Retrograde Amnesia) in a softer light, and lets them simmer throughout the story rather than making them a leading plot device. As opposed to stereotyping the illness (something much more popular in the 80s), it humanizes it, adding an aspect of relation that otherwise would not have been present. If we look at the societal parallel in 2004, although we see many technological advances on account of “war time”, we see many more cultural advances within countries, further moving forward group thought. Also, 2004 was the year when the World Health Organization came forward, announcing that depression was the leading cause of disability from ages 15 to 44. This announcement brought mental health into the spotlight, and therefore into the media.

I could go on and on with the examples, to further solidify the point, however that would make this article much longer. Instead, I will conclude with a commonly debated issue among critics of all mediums: does art reflect life, or life reflect art. There are strongly posed arguments for both sides. However, after watching roughly 15 movies scattered along the 80s, 90s, and 2000s, I can firmly say that in the case of cinema art reflects life, consciously or subconsciously.

Hollywood continues to grow, even now. With such films being released as The Fault in Our Stars and If I Stay which continue to gently tug and prod at the issues with mental health and general society groupthink. These movies have reached a completely new style to their 90s predecessors, offering a calmer and subtler (almost overlooked) viewpoint on the issue. In regards to The Fault in Our Stars, it offers a calm, non-stereotyped look into the emotional roadblocks of having cancer. The fact that it is not stereotypes already offers a critical leg-up comparatively to its 90s predecessor, but it is the ability to navigate the socio-emotional minefield without causing extreme public unrest that gives it the edge to the millennia counterpart. Even films like Lucy, which do not particularly explore mental health namely, dive into the questions often asked about the mind, doing scientific research and background research and providing the best answer it can give at the time. Although this one is a bit of a cop-out, it still explores the mind, which was a rarely touched and researched topic. Very rarely did the films of the 90s actually go in depth with research to create a three dimensional character. The mind is no longer a mystery, only to be pondered by scientists, it is questioned by writers, and by extension the public.

Often I hear moans and groans of the recent Michael Bay craze, yet everyone goes to see the newest movie. As much as we regret to admit it, Michael Bay gives society what they want: simple action. Again, people often look down on the simplistic style of 90s movies, laughing at their tropes and faults comparatively to modern cinema. However, they were shaped and molded by the ideals (or lack thereof) of the public and by extension the director, producer, and writer at that time. The directors gave the public what they wanted.

For issues as complex as mental health, that was not really explored until the new millennia, the directors could not have asked the public stimulating questions about it as the public could not ask itself. Thankfully our culture has evolved, allowing films to evolve with it and explore new ideas and concepts. Some people still see fault in the way that mental health is portrayed in movies, and they have just reason to, however the fault for ignorance is not theirs, it is ours. We need to ask the questions for them to answer them.