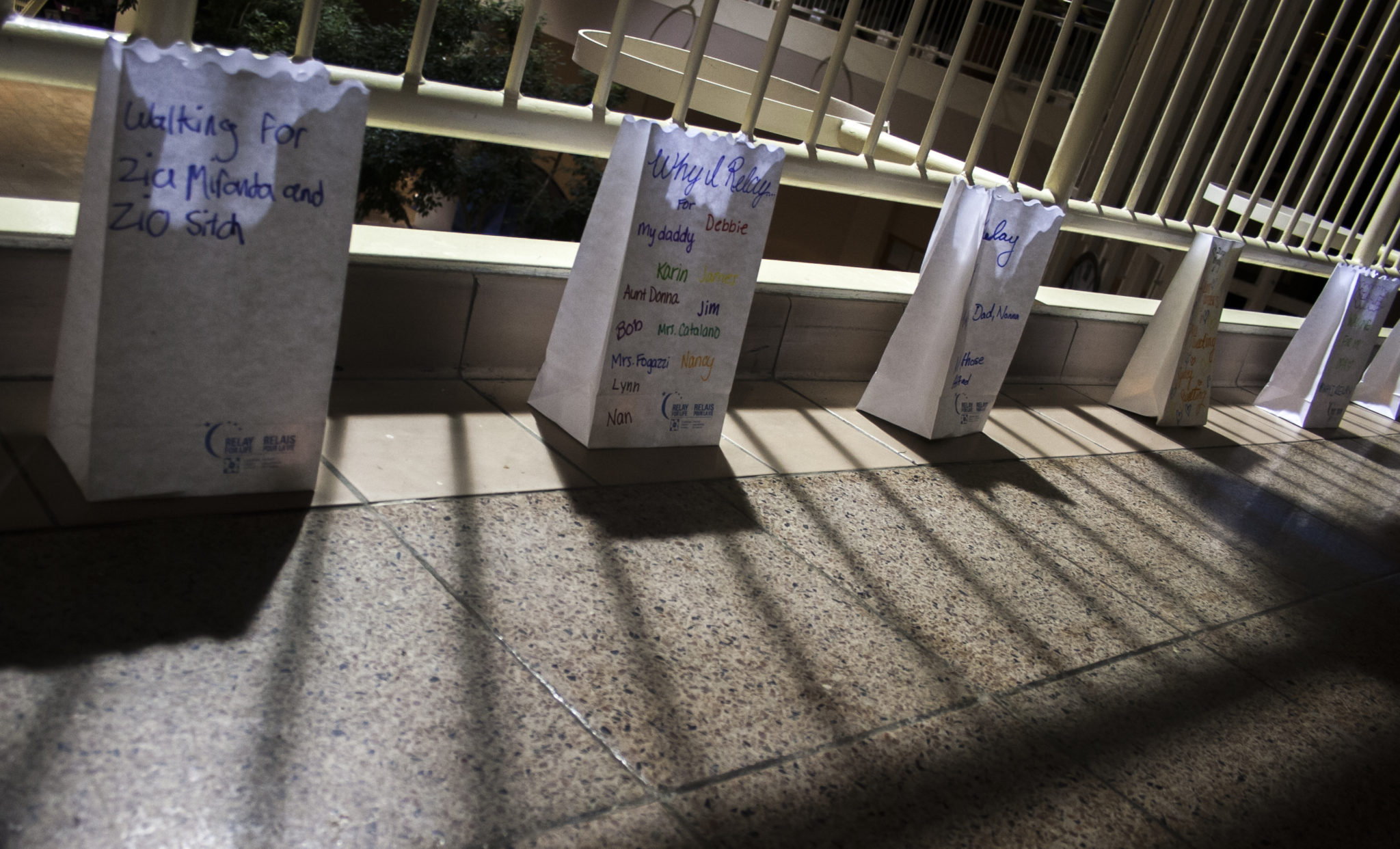 The annual Relay for Life event by the Canadian Cancer Society was held from March 10 to 11. The event is a non-stop walkathon dedicated to raising awareness and money for cancer patients.

“People walk around the track, and the reason why [the event] is twelve hours is because it’s kind of showing how cancer patients go through a lot more even though they are super tired,” said Ashley Nelson, the co-chair for the event.

The event took a lot of planning throughout the year to have a better outcome for 2017.

“The Canadian Cancer Society works as a business first, so they work on a January 1 to December 31 basis, whereas our academic year works on a September 2016 to March 2017 basis, so we actually missed an entire year of fundraising for the Canadian Cancer Society. Technically, planning for our relay this year that just passed [began] right after our last event in 2015. So, we actually had a year and three months of planning for this relay,” said Jerrett Putt, co-chair for Relay for Life.

A year’s worth of planning allowed the organization to plan the event in detail,  even changing the venue as required.

“We’ve kind of always wanted to do an indoor event, just because a lot of other universities have indoor events. We were the only university that had an outdoor event, but there wasn’t really a space that would be big enough to do it at Laurier Brantford. Last year we were looking into getting Market Square, but that was before Laurier owned it officially, so that was kind of tougher with the budget perspective. We didn’t have a big [issue now] because this year Laurier owned it,” said Nelson.

For the past few years, Nelson and Putt have been receiving feedback to ensure the event each year in better in numbers and participation.

“For our committee, we cut it in half, so Ashley took on the organization’s paperwork, the money all that type of stuff and I took on marketing and fundraising and all that, and we actually hired an executive strictly for marketing, He was a residence life don so we kind of had an inside look for residences. Our biggest advertisement was literally going door to door to first years trying to get them involved with Relay for Life. I think the biggest change from last year was just smart marketing,” said Putt.

Relay for Life 2017 did receive better numbers this year, comparing not only to Laurier Brantford’s past numbers, but also Laurier’s main campus.

“The highest amount that was raised in Brantford was $15,000 [in 2014], so initially our goal was to raise $15,000, just because in 2015 we raised nine thousand. Our public goal was $15,000, but Jerrett and [my] personal goal was eighteen thousand, and we actually hit fifteen thousand before the event started, so that was really exciting that we were able to break records,” said Nelson.

The money also came from sponsorships, particularly in one endorsement which is usually uncommon.

“I think one of the really big ones was us partnering with local businesses. One of the big sponsorships that we had was actually with Club NV. We reached out to NV [and] they kind of just said that a lot of clubs don’t really reach out to them as much… and we actually had an opportunity to have a night to reach out to the students. They were so generous to us, giving us a lot of opportunities to raise more money in that sense, so were able to get our name out more in a place where a lot of students go, which was really nice of them to do,” said Nelson.