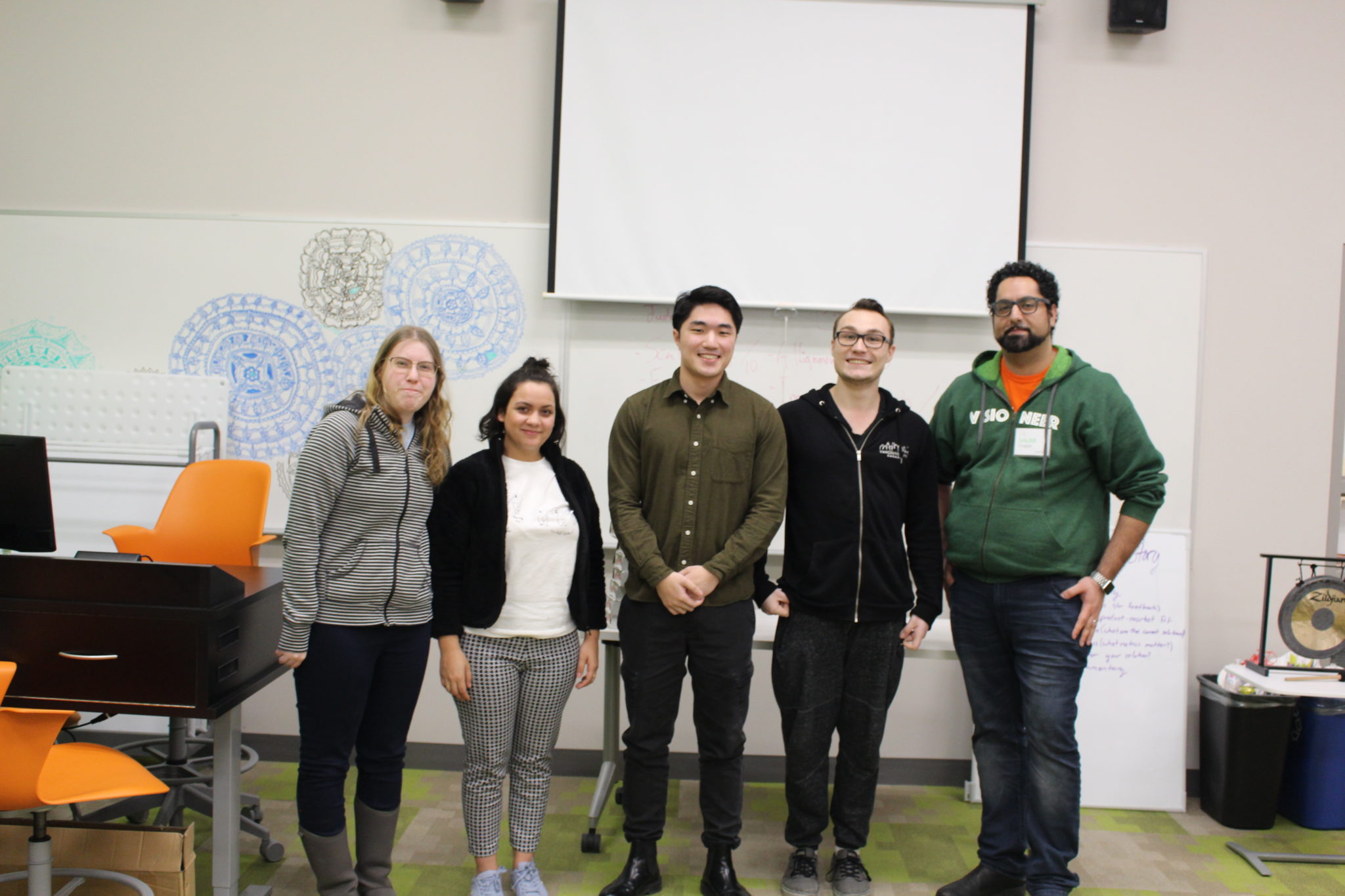 A weekend of design thinking turns into much more for a handful of Laurier students.

Sunday, Feb 3, Prepr – in collaboration with Laurier’s user experience program – was wrapping up its United Nations’ social design challenge, where a group of Laurier students walked away with a win and a summer internship at Prepr.

Zachary Dorege, Mikayla Ferraro, Cedric Zhang and Hunter Davies were the winning design group from that weekend. Their social design idea was a digital literacy toolkit meant to mimic a PC interface with paper materials. It was meant to stitch together the digital divide found in people from developing nations.

Davies was ecstatic about winning the Prepr internship and noted that the success came from the efforts of each of her group members.

“The fact that everyone was really committed to the project and everyone really cared about the project. Praise the Lord, that we all get  the opportunity to have an internship. This is amazing,” Davies said.

The aim for the weekend was to provide an opportunity for students to work in teams to come up with critical ways in which they could manifest ideas to help to solve social issues that the United Nations 2030 agenda for sustainable development had addressed, such as good health and well-being; quality education; gender equality; affordable and clean energy; industry innovation; and infrastructure and climate action, among others.

“I think the weekend went really great. We exceeded the expectations in terms of the students’ learning outcomes and their engagement,” said Salar Chagpar, co-founder of Prepr, a non-profit organization.

Each design group picked four of the United Nation’s goals to focus on and created a design solution around those goals. Group members Alena Liu, Cameron Fong, Fatima Khan, Kat Relieve and Cindy Ly were the runners-up with their idea for an accessibility card that allowed low-income immigrant parents to access methods of transportation and products at supermarkets at an affordable and discounted rate.

Group member Cameron Fong said that they were first very focused on people from third-world countries but as a group they eventually decided to go in another direction.

“When we made the transition to focusing on our parents and when they moved to Canada and what they went through. That’s what set it over the edge for us that we should do some sort of affordable transit system,” said Fong.

Another group had the idea of creating a sustainable energy system for those in third-world countries, and another had the idea to solve world hunger and socioeconomic depletion using hemp.

Chagpar said that a lot of the groups who had been working hard over the weekend have the potential to continue developing some of their solutions and that Prepr was prepared to supply them with tools to do so.

Many of the students expressed that they had taken a lot away from the design challenge that they could later take with them into their careers.