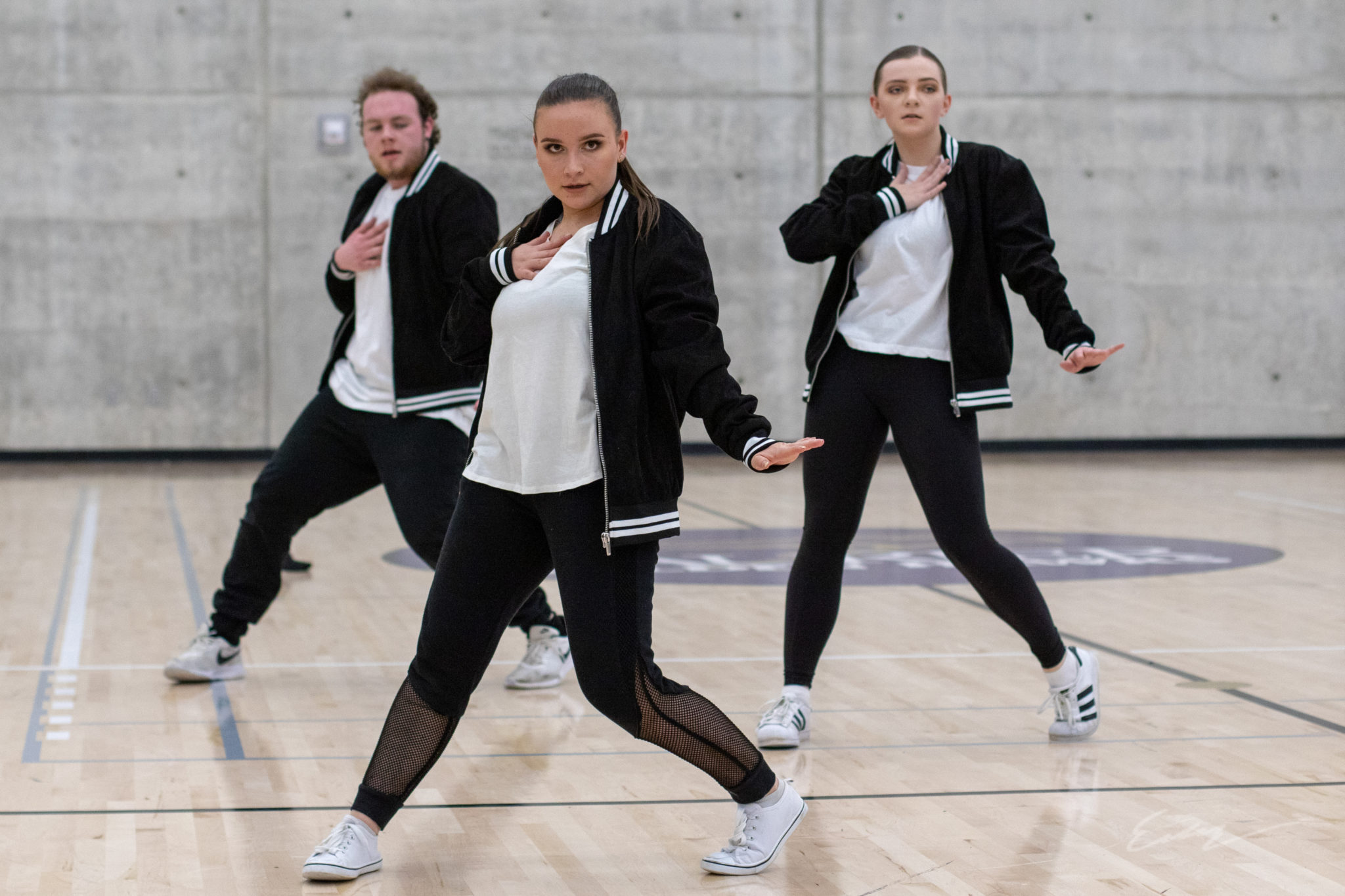 Laurier Brantford’s competitive dance team was burning up the dance floor at their annual showcase.

Saturday, Feb. 9, the KAOS dance team hosted their annual showcase at Laurier Brantford’s new YMCA centre for the first time. The event was planned in collaboration with Fashion for Freedom and featured outside performances from Laurier Brantford’s Musical Society.

The KAOS dance team has had to transition from practicing and holding their annual showcase at Wilkes gym to the new YMCA facility.

“[There’s] a lot more space, there’s a lot more accessibility and we’re working with rooms with mirrors now as compared to the old gyms where we were just working with the floors. With all the types of dances we were doing there was no mirrors, so this has definitely helped us a lot,” said Jesse Murchison-Doggart, co-captain of the KAOS dance team.

“This year has been so much nicer with the new gym space, like actually having a studio and we can have mirrors and I’m so excited to do our performance here, ”Voets said. “There is way more seating for the audience and they will actually get to see us because it’s on an angle and we have a lot more space to dance.”

The showcase was used as an exercise to ready the members for competitions. “It’s like a mini competition in a way. It’s a way to get the kinks out before going to competition and we compete in three weeks,” said Ashley Leaman, KAOS co-captain.

Murchison-Doggart and Leaman are hoping to raise about $1000 to help take them to competitions. They charged an entry fee at the door and also raffled off prizes to raise the funds.

“We lucked out last year, we had a lot of people come to support even when we were at Wilkes, so we’re hoping that will increase even more because we have special guests coming like Fashion for Freedom speaking and the Musical Society is here so we’re hoping that that will pull all those extra people,” said Leaman.

The showcase was filled with different musical genres ranging from tap to hip hop, with some standout performances – based on the audience’s reactions – including a hip-hop number performed by the entire KAOS team that featured an electric military theme; a dance piece that mixed genres and included a tap portion performed to Chance the Rapper’s “Good A** Intro”; and an interpretive dance done to a poem that commented on the current education system.

KAOS received positive reactions from the crowd throughout their showcase performance, especially with their parent dance-off competition they held to win one of their prizes.

Brienna Callendar came to the showcase to support one of her roommates who is on the team, “She’s doing pretty great,” Callendar said.

“[I’m] here to show my love and support because they’ve been working so hard,” said Jesse Correia, another audience member.