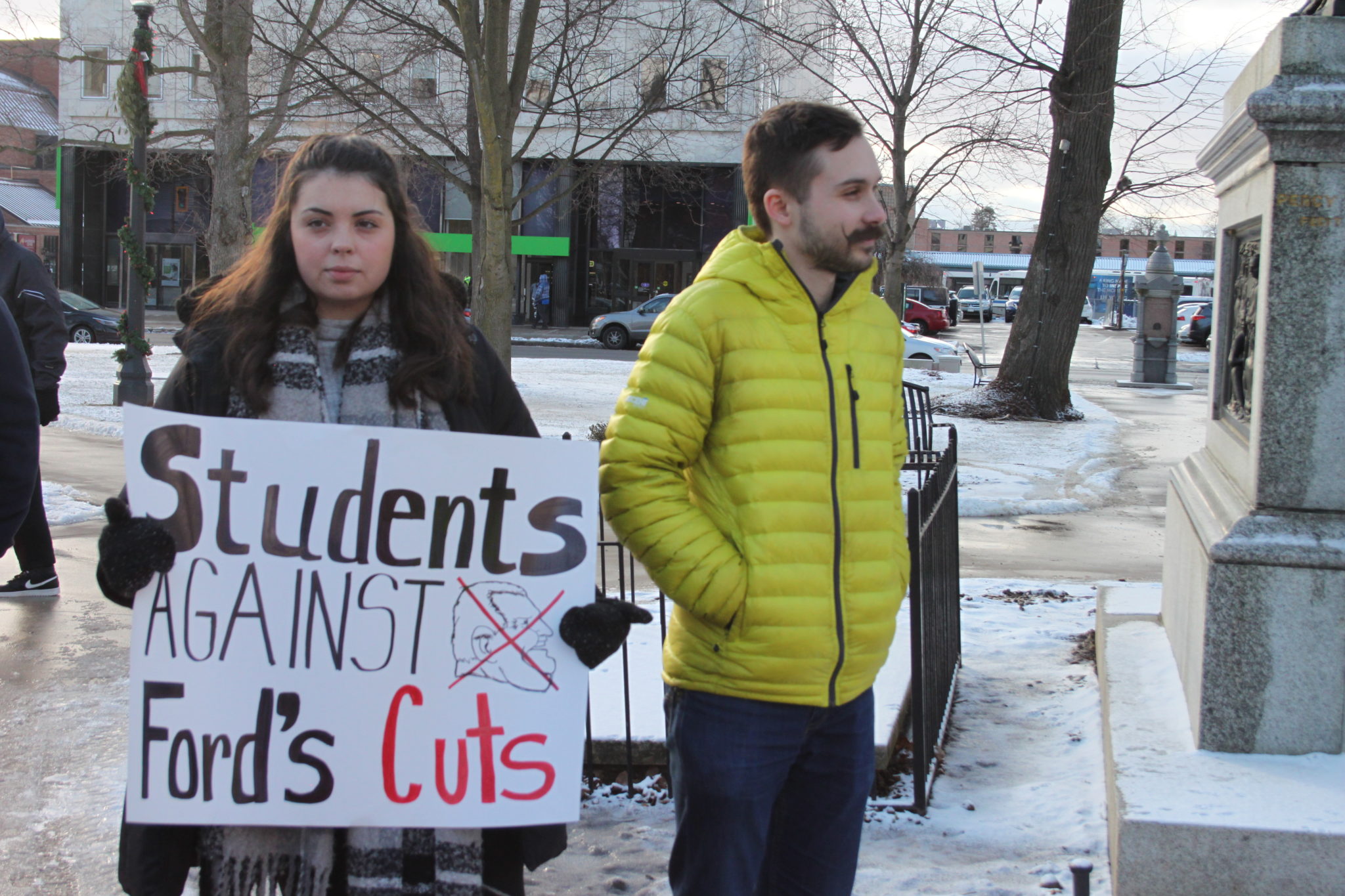 A meeting that was supposed to take place between the vice-president of student affairs David McMurray and some of the students from Students Against Ford’s Cuts was cancelled due to “extenuating circumstances.”

Monday, February 11, Students Against Ford’s Cuts made a post to their Facebook page about the cancellation and voiced their concerns.

“While we understand that unforeseen events can occur, We are disappointed that Adam Lawrence, dean of students for Laurier Brantford, did not speak with the group after making this cancellation,” the group wrote.

Lawrence’s administrative team has taken the initiative to reschedule the meeting with Students Against Ford’s Cuts with the vice-president of student affairs David McMurray, but the earliest date that could be arranged was in three weeks’ time.

“There was no formal agenda or plan of immediate action planned for the meeting. [It was] simply to reach out as offered at the recent Town Hall to hear students’ concerns, engage in meaningful conversation, and to consider what opportunities might be at hand,” wrote vice-president of student affairs David McMurray.

Many post-secondary students in Ontario and at Wilfrid Laurier University are at risk not being able to afford their education due to the withdrawal of “free tuition,” which was first instated under the Liberal provincial government.

“I am acutely aware of the post-secondary education financial impact on students and their families. It is a reported considerable cause of anxiety amongst post-secondary students. Laurier provides financial literacy support advising and offers what it can in the form of bursaries associated with student financial need,” wrote McMurray.

The Sputnik also reached out to Students Against Ford’s Cuts, but they refused to comment further on the cancellation of the meeting as not to escalate the issue any further.

Instead, Students Against Ford’s Cuts chose to speak out on the work they have been doing on this campus towards the PC government’s changes to OSAP.

“In the next few days we will also be releasing information about some canvasing we will be doing to get the broader Brantford community informed and engaged in the fight against the OSAP and funding changes,” the group wrote. “We are also continuously collecting signatures for a province wide petition in opposition to the changes.”

It was members of Students Against Ford’s Cuts that organized the protest in Victoria Park on Jan. 24.