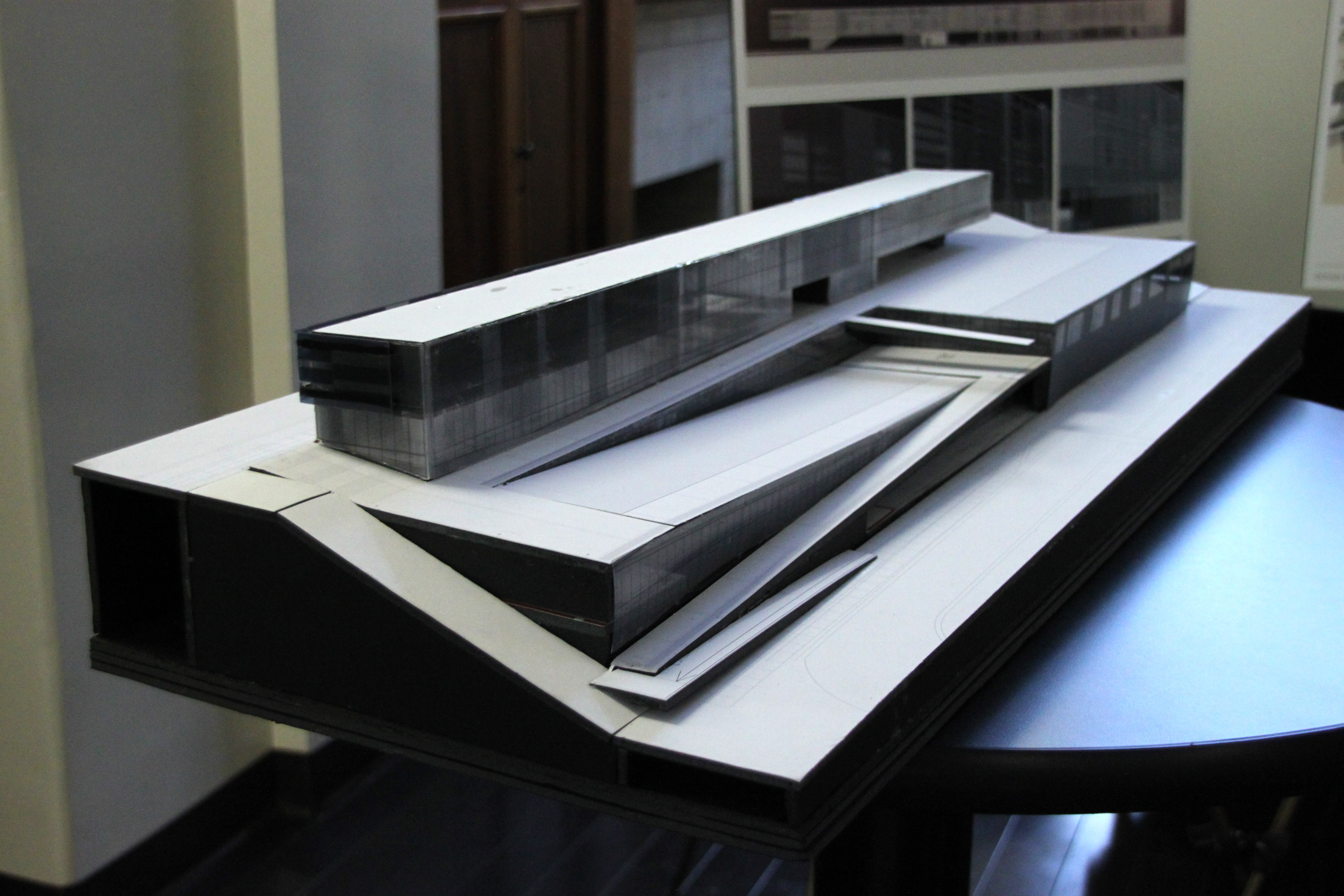 It is evident that Laurier Brantford is continuing to add the final pieces to make a complete campus. Tuesday afternoon, in the SC Johnson lobby, Laurier Brantford unveiled the floor plans and architectural specs for the planned new athletics and recreation centre for the campus. The event was the first open house of three, this one for students and administration only.

“I think this is a stage one for consultation for those that are actually going to be using the building,” said Greg Stewart, Laurier Brantford’s Manager of Athletics and Recreation. “It’s great for students to  see its fruition on paper.”

The planned new complex, at 130,000 sq. ft. compared to the current gym estimated at 8,900 sq. ft., will feature some new facilities that have never before been available to the campus students. This includes a 6-lane pool; jogging track; aerobics, spinning, and yoga/dance studios; and a 1,804 sq. m competitive sports gymnasium. The complex will also include large separate cardio and free-weight rooms for those who might prefer the standard workout.

With all the new facilities in place, the campus hopes to expand its intramurals and extramurals, possibly even introducing varsity sports, which the Brantford campus has none of. Currently, the campus has seven extramural teams in hockey, basketball, dodgeball, soccer, and volleyball. Stewart explained that extramurals could be expanded, but that would depend on province-wide extramural initiatives.

Regarding the expansion of programming, Stewart said, “There are many options; we can expand everything we do currently.” He added, “Creation of a varsity team, continuation of extramurals, we will do what make sense and is fiscally responsible, but definitely our plan is to have varsity on this campus.”

The complex will be situated on the slopes that separate Colborne Street and Water Street, beside Grand River Hall. Cannon Design’s Andrew King, absent from the event, is the head architect of the project, working with associates Zsofi Schvan-Ritecz, Walter Gaudet, James Lai and Michele Gucciardi, who were at the event to present the designs.

Gucciardi explained that the three principles from the complex’ design are: movement, in a fluid style, an allusion with the adjacent Grand River; memory, by designing the building’s shape to resemble the skyline left behind by the demolished Colborne buildings and the Haudenosaunee long houses; and landscape, also defined by accessibility, and characterized in the building.

“It really adds to the city’s public amenities,” commented Schvan-Ritecz.

On the future addition of the complex to growing Brantford’s campus, Stewart said, “It’s everything. We currently have an undersized facility, so this will provide us the venue to do those things we want to do.”

Stewart doesn’t just see the new complex as a place for athletics, but also a centre point for social gathering. That could very well be the case when it opens, since the complex will also include student lounge areas and a seminar room.

“In my opinion, it’ll be an extension of the student centre, as a hub of engagement; not just for students, but our whole community,” said Stewart.

Although the idea of having a new gym might sound exciting at first, some feel that it won’t matter because they won’t be students at Laurier anymore by the time it opens for operation. Mike Parsons, a fourth-year student and associate Vice President of finance and administration in WLUSU, feels this is a great opportunity for future students.

“It’s going to be a really good building. Obviously I’m disappointed that I won’t be able to use it, but I’m excited for new students to get a chance to see it,” Parsons said. “It’s filling in the gaps that the university campus is missing.”