Blue Jay Roy Halladay retires: What legacy will he leave? 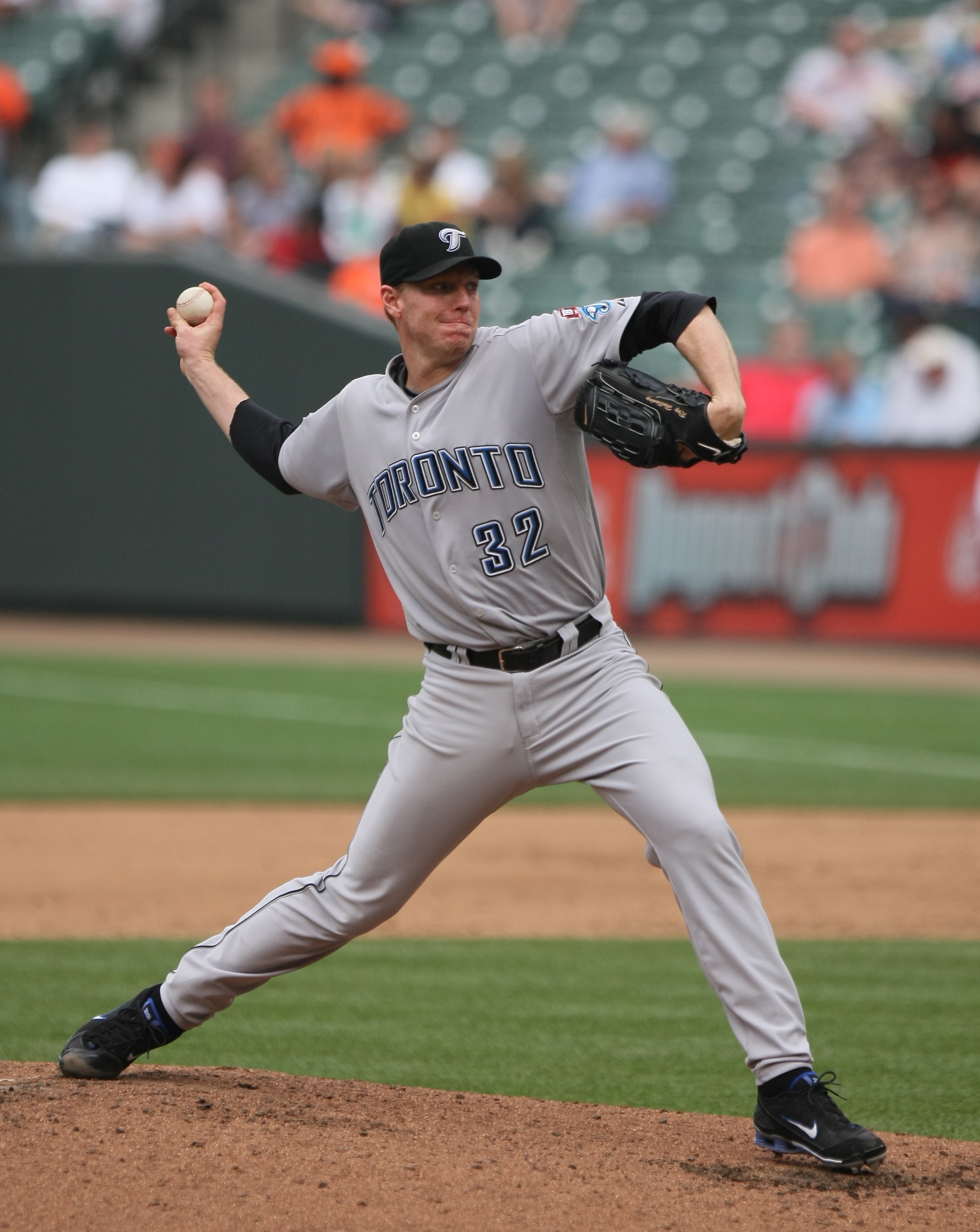 In front of friends, family, former coaches and team executives at Lake Buena Vista, Fla., 36-year old pitcher Roy Halladay retired from the game of baseball. Signing a one day contract with the Toronto Blue Jays, the team he called home for 12 of his 16 big league seasons, the former first round draft choice leaves the game as he started it.

Nicknamed “Doc”, the right-hander finished with 203 wins, 67 of those being complete games, 2,117 strikeouts and an earned run average of 3.38. Although these numbers don’t measure up to what many baseball purists believe to be the plateaus, which a pitcher must reach to be inducted into to the exclusive Baseball Hall of Fame in Cooperstown, like 300 wins or 3,000 strikeouts, Halladay should be seen as setting the bar for the new standard of pitcher in the post-“Steroid Era”; one of pitch counts and way too many calls to the bullpen.

What he was able to do is a testament to incredible durability and work ethic, almost unheard of in today’s Major League Baseball. In his prime, these traits and an overwhelming cut-fastball allowed him to win the Cy Young Award, as best pitcher, in both the American League with the Jays in 2003 and in the National League with the Philadelphia Phillies in 2010 – one of five players in the history of baseball that have been able to achieve this feat. To add to his incredible season in 2010, Halladay became the 20th pitcher to throw a perfect game and the second ever to throw a no hitter in the MLB postseason. If these stats don’t scream Hall of Famer, who knows what will.

Fans had a special connection with Doc, known for his dedication to training and preparation and being a very polite and classy teammate and opponent. There were no fist pumps or trash talking; Halladay just stood on that mound giving it everything he had in the tank and let the pitching do its thing. That’s why even when asked for a trade from the Blue Jays, there was no begrudging Halladay. Everyone wanted to see the best pitcher in baseball be a part of the best team in baseball.

Even though a World Series victory eluded him, it should not take away from what he was able to accomplish on the mound. In a tough American League East division, for the majority of his 12 years in Toronto, every five days Blue Jays fans got to see the most dominant pitcher the team has ever had. For many of those seasons, he was all the mediocre Blue Jays teams had to look forward to. You knew when the Doc was in, batters would be out and games completed in a hurry. It’s just unfortunate that the back and rotator cuff problems that have plagued Halladay the last few seasons are going to cut those pitching performances short.

So, as he gives his emotional goodbye to the game of baseball, what will Roy Halladay’s legacy be?

He was a bonafide number one starter, someone you could depend on day-in-and-day out to out prepare and overmatch almost every batter that stepped up to the plate. Halladay was an old school pitcher in a new school MLB, going a full nine innings time and time again that few can match – and as a Jays fan, it was mighty fun to watch.