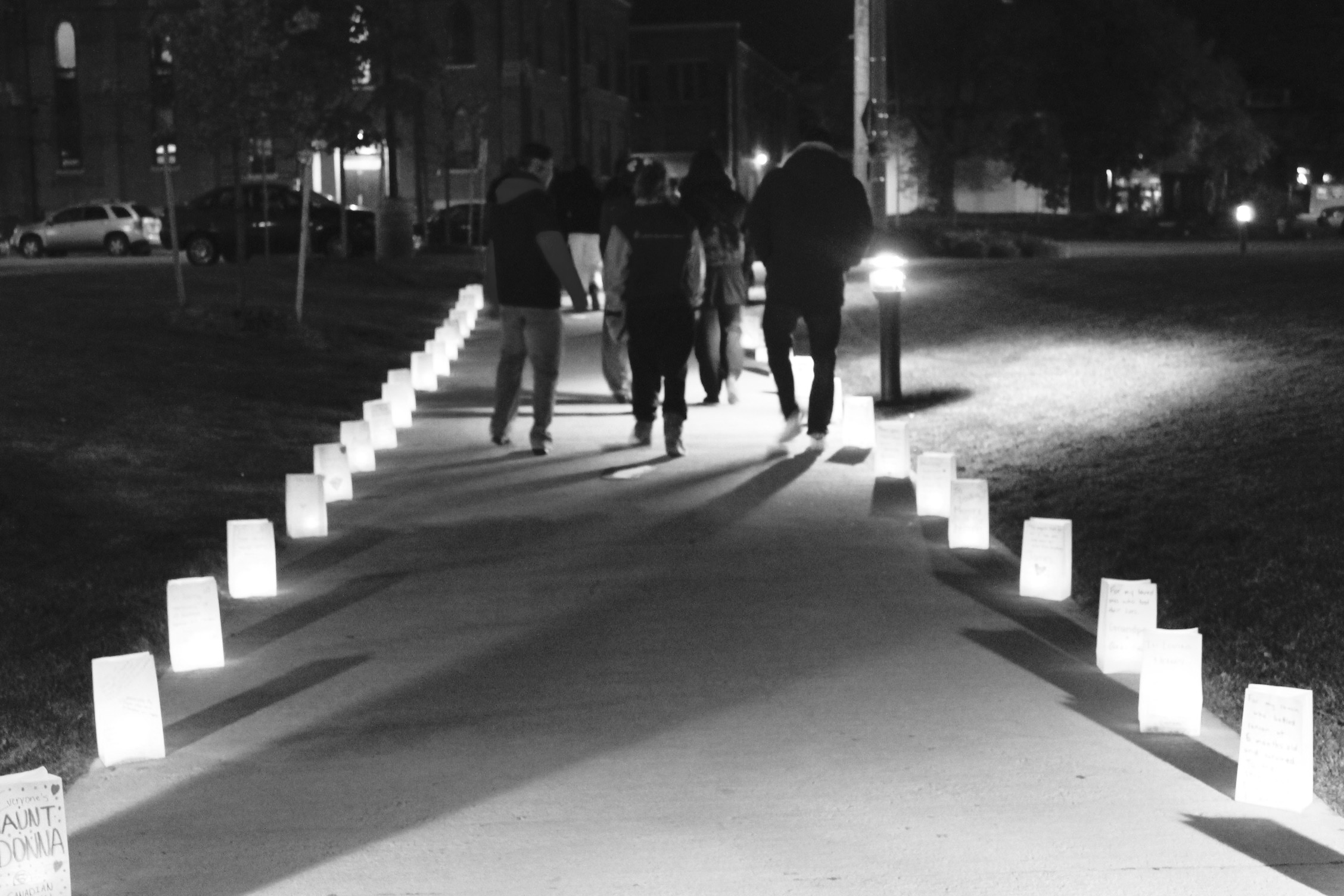 Laurier Brantford held its 6thannual Relay for Life on Friday, October 12, and it was another huge success. 137 students from 16 teams walked around the RCW courtyard from 7 p.m. to 7 a.m. The relay, which raises money for the Canadian Cancer Society, raised $13,700. Students raised money through personal pledges and online donations. Over $118,000 has been raised through 6 years.

Event Chair Chloe Torchia, a fifth year criminology student, said it was, “a great outcome, a lot of people, and a lot of first years, which is great.” She said there was more participants than last year, and that they had never had people as involved and into the spirit of the whole event. “They really were decked-out this year,” she said. When asked her reason for being involved and why she relayed, Chloe explained, “I relay for my family members who have been affected by cancer and I want to make a difference. I want to walk the talk.”

For third year concurrent education student Alana Hodgert, a member of the ‘13 Muska-Cures’ team, the relay really hit home. Recently, her father was diagnosed with cancer, and it was very important for her to be a part of this event. “It’s what I can do right now, especially for my dad, since I’m away from home,” she said. “This year I’m really walking for my father.”

The event had a party like atmosphere, with lots of music and excitement, and the sense that the students were helping to defeat cancer with each step they took. There was a variety of activities to participate in as well, including an obstacle course, street hockey and a scavenger hunt. Encouraging phrases littered the ground via sidewalk chalk, and signs, including ones that said “Walking for a Cure” and “Curing up a Storm,” were posted throughout the courtyard.