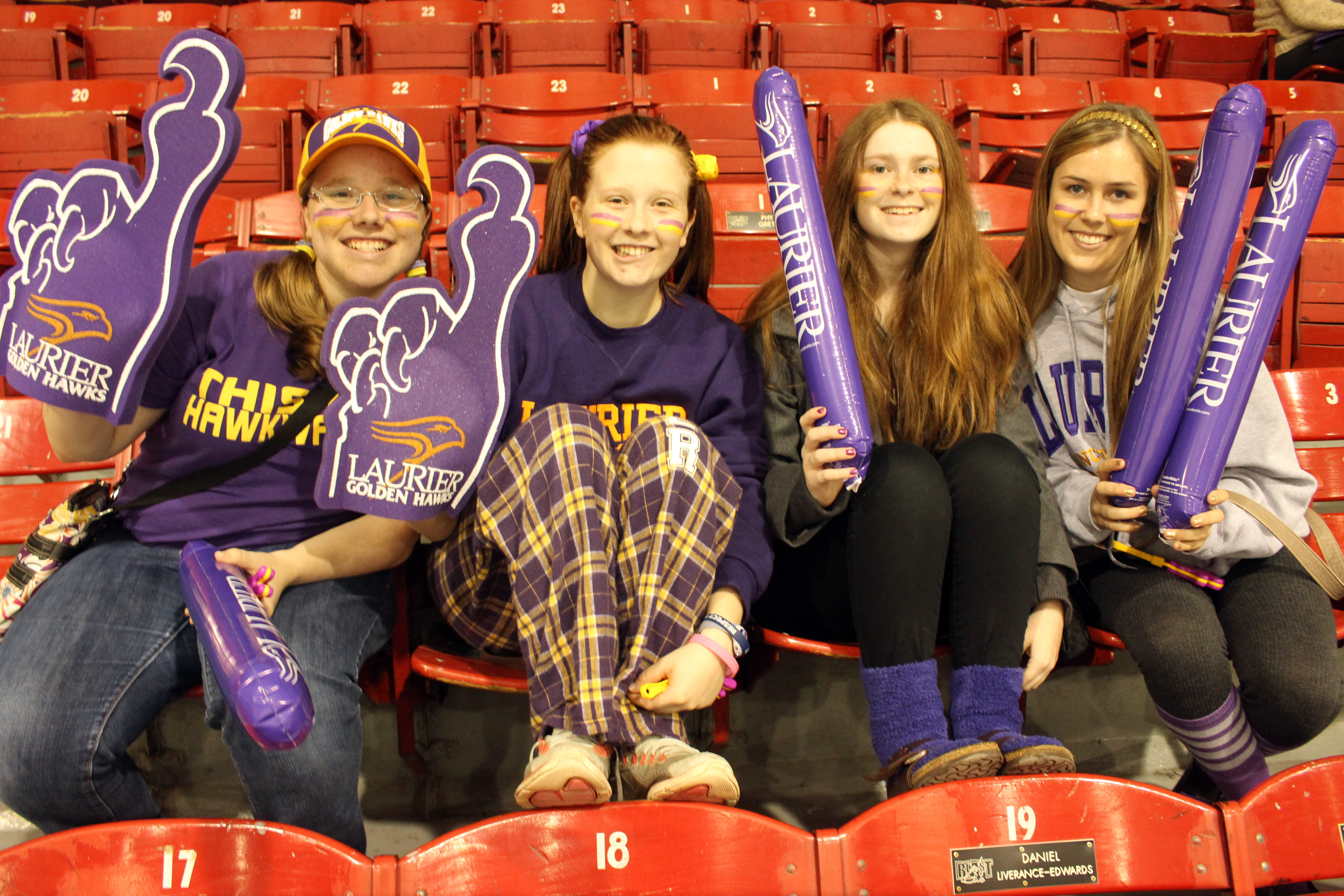 Rain or shine, homecoming was going to be alive this weekend at Laurier Brantford. Despite the ominous weather, students were up and lively. The day started early, with students filling the streets and backyards ready to celebrate the campus’ Homecoming.

Students were all around campus Saturday. There was no shortage of purple and gold on the streets, with people hopping from one place to the next looking to party. After pre-partying with smaller groups of friends, many students went to 118 George Street for the biggest party of Homecoming. The George Street Blueprint party proved to be a popular meeting spot, with over 500 students attending.

For a once-a-year event, days like Saturday start earlier than most. Students and alumni were invited to the Blueprint party at noon. Attendees showed up from all over in groups, quickly filling the party. By mid-afternoon, students filled two backyards. Everyone mingled, while a live band and DJ provided music for the party.

Rain was light, but steady throughout the day. At 4:00, crowds left into the pouring rain for the hockey game between the Laurier varsity team and the University of Windsor. Students draped themselves in purple and gold to show their support for the home team. The Golden Hawks came up short, however, losing four to two to the visiting Lancers. The crowd was still energetic despite the loss. Laurier Brantford’s captain of the men’s extramural team, Dave Howe, was in attendance.

“The atmosphere was great to be a part of, with everyone at the school watching,” commented Howe, adding that he personally enjoyed the event.

After the hockey game, some returned back home, while other night owls kept going. Exhausted after a long day, many would have to call it quits early. There were after-parties going on for the midnight tokers, but not everyone could catch the party train.

Kim Squires, a residence don, was on duty Saturday, walking around campus. In her experience, she found that this year’s Homecoming was clearly more lively.

“Campus in general was much busier this year. People were everywhere walking around,” Squires said.

With a smaller-than-average campus, the school came together in a close-knit fashion. However, the small student body, as Squires feels, might actually be for the better.

“People are friendly here. They just want everyone to have a good time,” said Squires of the nature of the smaller campus.

Facebook was filled with people loading photos from the day before. Everyone seemed to be having a good time, which is typically the norm with events like Homecoming. It was a time where participants were happy to let loose, have fun, and celebrate being a Golden Hawk. Laurier Brantford hopes to continue a run of successful Homecoming events in the coming years.