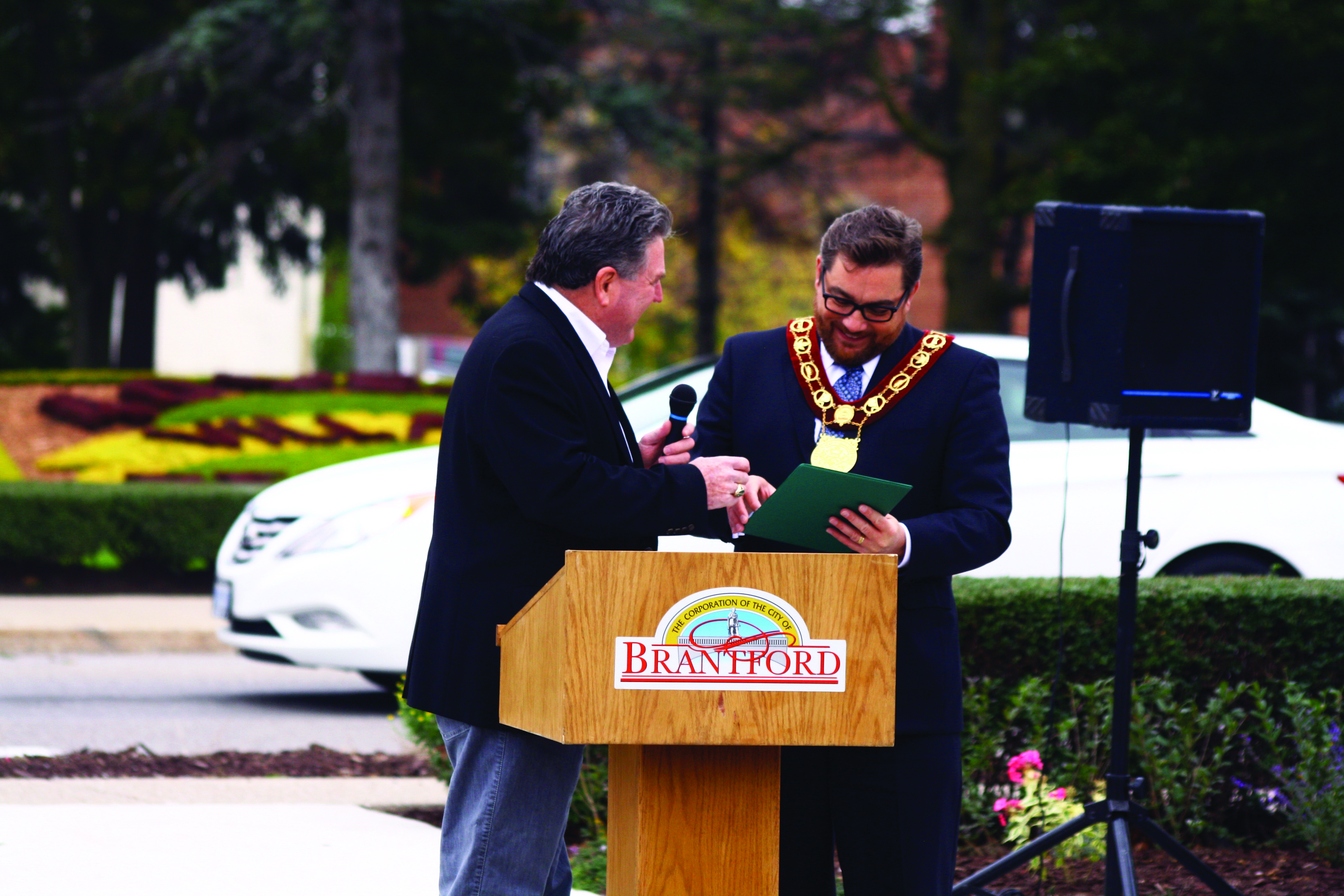 The Walk of Fame showcases 26 local honourees from Brantford, Six Nations and Brant County. The inductees range in a variety of diverse backgrounds, from athletes, writers, philanthropists and inventors to artists, scientists, actors and doctors.

Many Walk of Fame inductees were present for the ceremony, and family members gathered to represent others.

“When I came here to see this monument for the first time I thought about the lives and contributions made by those we honour here today. I also thought about those who will take their rightful place here in the years to come,” said Jean Anderson, widow of Walk of Fame inductee Arnold Anderson.

The monument was designed around the theme of the Grand River; the concrete and glass structure includes a water pattern to channel the concept of the flow of time and the lives that have shaped the Brant community.

“Yes indeed, there’s something in the water,” said Levac while speaking on the number of great people who have come from the Brantford area.

The monument is the third piece of public art unveiled by the city this year, and commemorates a project 17 years in the making. “We started this so many years ago, because it was about drawing people into the downtown,” said Brantford Mayor Chris Friel.

City councilors opted to re-design the Armory’s Gore Park in order to display the monument, which is now located at the intersections of Brant Avenue, Dalhousie and Colborne Streets. City officials hope the monument will attract more people to the downtown core, and provide a space of inspiration and pride for the community.

The monument and its surrounding water-wise garden are now open to the public. The Walk of Fame was specially designed to be practical for all seasons; its elevated plaques provide revelers the opportunity to explore the monument even during bouts of heavy snow.

“When you cumulatively see it here today on these walls and the future great ones to come out of this community you really realize what a special community we have here in Brant,” said MP Phil McColeman.