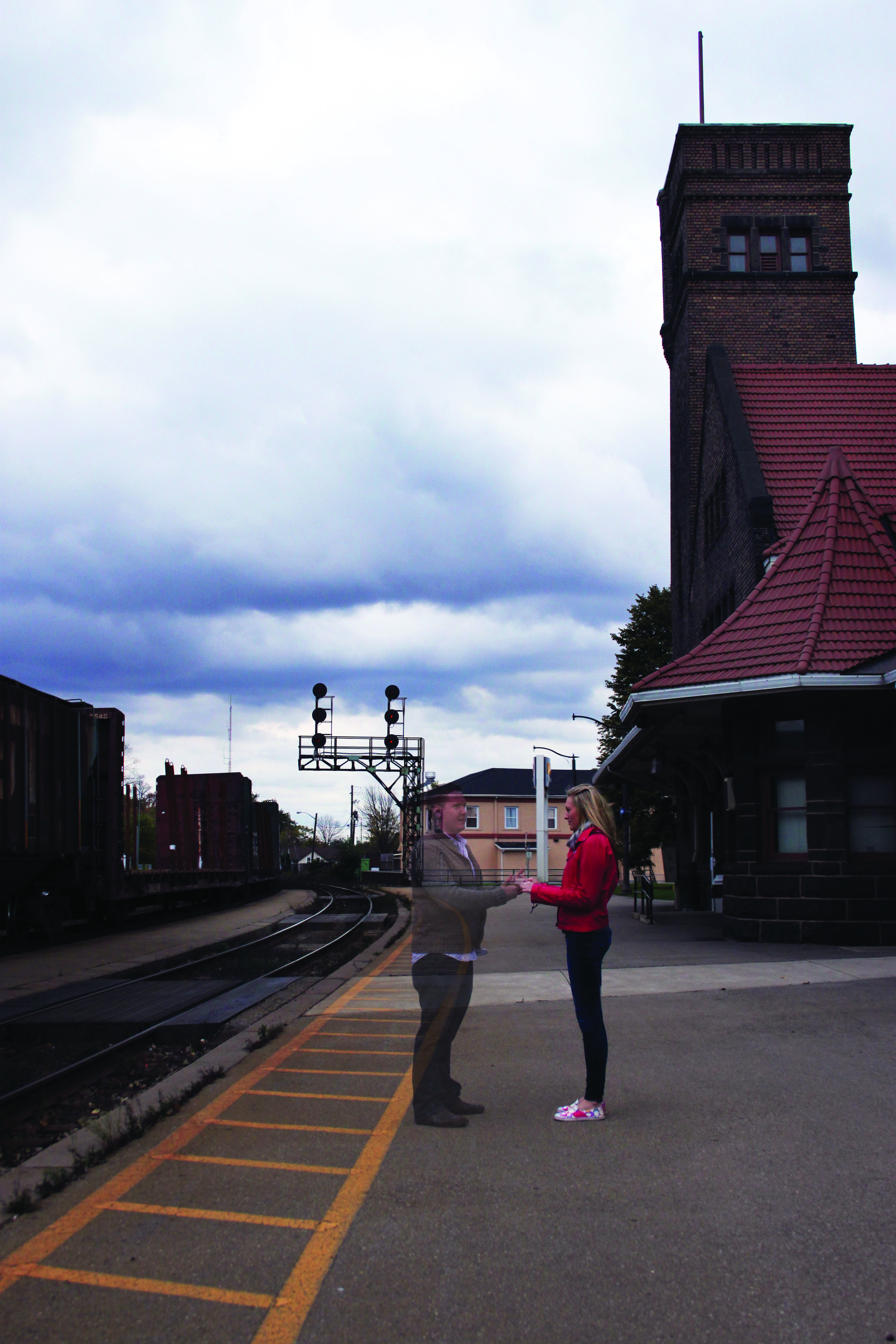 First-year student Kaitlyn Wighton explains that long distance relationships are not something that all couples can do, speaking from experience. She smiles as she remembers, “I did value the time I got to spend with him more,” but changes expression when she tells of how she found him cheating. Wighton explains that her and her partner lacked communication, which she thinks is key to a successful long distance relationship. She admits this could have been because they did not use any social media to contact each other, only texting and calling.

Supporting long distance relationships, third-year student Bryanna Roberts says, “Absence makes the heart grow fonder.” Roberts has been in a long distance relationship since she first started at Laurier in 2011, and at that time was already three years into her relationship. Although she admits it is a lot easier to get into petty fights by taking out your daily frustrations on each other, her honest smile supports her explanation that she would not change a thing. Roberts contacts her partner through texts, calls and Skype. She believes long distance relationships are something all couples should try to truly realize the effect it can have in good and bad ways, ultimately bringing the partners closer together if it is meant to be.

First-year student Dana Tennmiller has a different opinion. She would not recommend any couple to put themselves through a long distance relationship, and she has only been a part of one for a month and a half. Tennmiller describes her experiences as “a definite transition”; it was a very different change from seeing her partner every day at school to only one or two times a month. Tennmiller and her partner now send each other letters and packages, text and call daily and Skype, but she still admits, “At the end of the day all you really want is the person to be next to you.” She feels that one really has to find their partner worth the struggle, and both partners need to motivate each other equally to have a successful long distance relationship.

Third-year student Alyson Weisler speaks of the many positive aspects to long distance relationships. “Instead of being so dependent on Johnny [her partner], it’s made me an independent person on the same level,” Weisler proudly tells. She talks of long distance relationships as something exciting. Weisler counts down the days to see her partner, and finds their time together to be much more special when they do meet. Her and her partner text, Skype, call and send each other pictures to stay in contact. She explains that there are never dull conversations, and there is always something new to talk about.

Some of the necessary qualities to succeed in a long distance relationship are told by first-year student Rachel Runstedler. Runstedler has recently separated from a year-long, out-of-the-country long distance relationship. She explains, “If you’re not determined it will never work.” Runstedler says the big problem her partner had lacked was respect. She stresses that it takes a lot of extra effort to make time to talk to your long distant partner and each one should privilege and respect that effort without expecting more. Runstedler and her partner contacted each other through a cell phone app that let them text without long distance charges, called on her eight-hundred number at home, and Skyped. She admits the one plus to separating with a long distance partner is the easiness of getting over them; they are not in your face to keep reminding you of the heartbreak.

Two first-year students, Kathleen Binder and Lucas Berthault, both agree that it is common for people to not take their long distance relationships seriously. Friends have either pressured them into cheating, or tried to make a move themselves! They feel because their partner is not there, people do not see the boundaries of being in a relationship. Binder explains this is where the trust factor has to come in; couples should tell their partner of situations like this and how they reacted in order for their partner to trust they can handle that pressure without them there. Both students use the same word: maturity. They explain that the partners have to be mature in order to be able to fully trust one another.

Berthault has recently separated from his long distance partner that lives in Brazil. He explains that jealousy was a common thing to fight over and tells that for a successful long distance relationship, “You have to trust the person 100 per cent with your heart, because that’s what you’re giving the person.” They stayed together on and off for about three years, but it was actually a different reason that ended it for good: priorities. Berthault’s partner wanted to hear from him just as much as if she were there in person, not considering his new responsibilities of schoolwork. Berthault’s shoulders slowly droop as he explains that long distance relationships result in many sacrifices, ones which his partner did not want to make. Communication was made through texts, Skype, Facebook and iPhone apps, but he just did not have the time between school and sports to be talking with his partner constantly.

A similar situation happened with third-year student Dran Ngo, also dealing with an out-of-the-country long distance relationship. Ngo and his partner not only used technologies such as texting, Skype and facetime, but also sent each other postcards, which Ngo describes as feeling more heartfelt. One of his favourite parts of their relationship was spending hours on Skype laughing and talking. His partner would even pretend to kiss the camera as if they were together, resulting in a glory of smiles on Ngo’s side. Sadly, priorities took over and they realized they just didn’t have the time for each other between their busy schedules. Ngo doesn’t believe their relationship would have lasted as long if it weren’t for technologies and social media.

All eight of the Laurier students interviewed agree that their time spent with their partner was cherished much more than it would be with a normal relationship. Each of the unsuccessful relationships mention the major issue of priorities, and most mentioned an issue with trust. All eight students agree that their relationship has or does rely heavily on technologies and/or social media. Would long distance relationships be as common and successful without technology and social media? How did the generations of the past do it? We can only wait and see how society evolves.