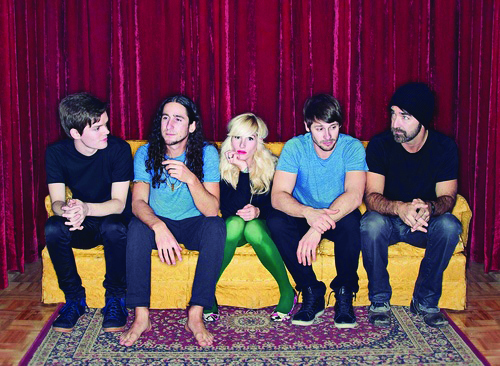 It is that time of year again, when Canada celebrates the creativity and successes of Canadian musicians. The 2014 Juno Nominations were announced by The Canadian Academy of Recording Arts and Sciences at a press conference in Toronto on the morning of February 4. Canada’s top artists will be getting ready to head to Winnipeg, a city rich in musical history, where Juno week will be taking place from March 24- 30. The award show will take place on Mar. 30.

Canadian artists who have released music between September 1, 2012 and November 13, 2013 are eligible for a Juno Nomination.

Montreal’s very own rock group, Arcade Fire, has been nominated for six awards this year, including Group of the Year, Songwriter, Best Single and Alternative Album for their album Reflektor, leaving them with the most nominations. Michael Bublé and Serena Ryder trail closely behind Arcade Fire with five nominations each.

Many of you may be questioning why Robin Thicke is eligible for a Juno Nomination. He is eligible for a nomination because his father, Alan Thicke, is Canadian. He is competing against Dion, Drake, Buble and Ryder for Artist of the Year.

Surprisingly, Canadian artists are not the only ones up for an award. There is an international category featuring Bruno Mars, Eminem, Imagine Dragons, One Direction, and P!nk in the running.

For those of ya’ll who are country fans the albums Brett Kissel’s Started with a Song, Dean Brody’s Crop Circles, Gord Bamford’s Country Junkie, Small Town Pistols’s Small Town Pistols’ and Tim Hicks’s Throw Down have all been nominated for Country Album of the Year.

City and Colour was originally scheduled to perform at the award ceremony however on Feb. 7, the three time Juno winners decided to reverse their decision to perform.

Congratulations all the Canadian artists nominated for the Juno Awards. Who are you cheering for on Mar. 30? With the Sochi Olympics taking place, there will be a lot of Canadian pride this winter. For a complete list of the Juno Awards Nominations for 2014, check out their website; junoawards.ca.