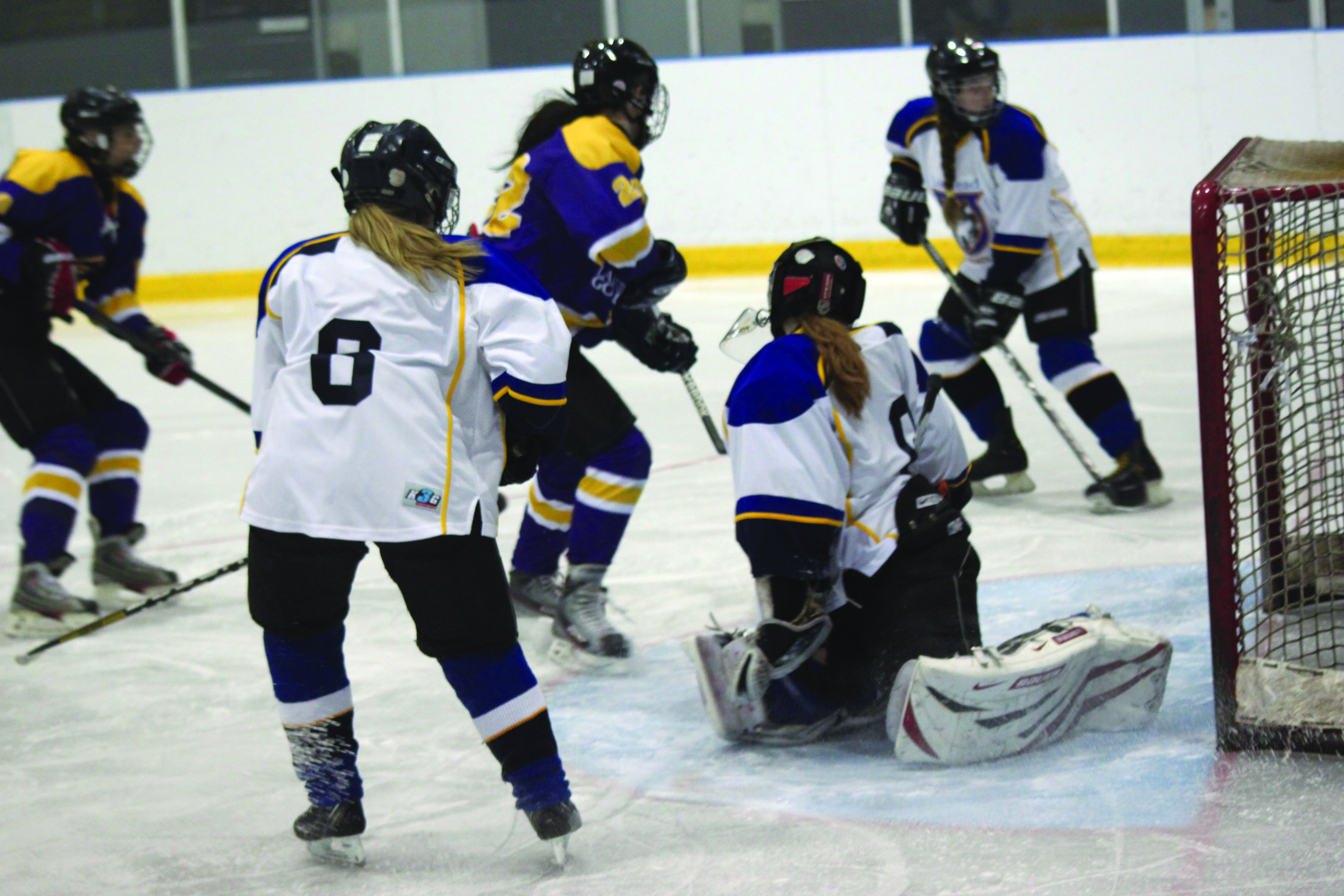 The Wilfrid Laurier women’s hockey team hosted a tournament on Friday at the Wayne Gretzky Centre and if there is one word to describe how the tournament went, it would be frustrating.

Laurier opened up the tournament against Conestoga College and came out flat. They struggled to get the puck out of their own zone early on. They gave up the first goal after Conestoga’s captain was able to score one short side on the goalie. Laurier then woke up after the goal and they capitalized on a power play. Conestoga then responded with a goal of their own in the second period, putting the team up 2-1.

That forced Laurier to pick up the pace in the game, which led to many chances in the slot area of the offensive zone. After two periods, Laurier was still losing 2-1. In the third period, Laurier controlled the puck for the majority of the period. They were able to keep the puck in the offensive zone, but could not put one past the goalie. Laurier ended up dropping their first game 2-1 to Conestoga.

After the game, Amy DeSilva talked about the frustration of not being able to score any goals and what needs to change in the order to score more in the tournament. “Better communication, making those passes tape to tape and I think we weren’t getting those lucky bounces,” DeSilva said after the game.

Laurier’s next game was a must-win game against the University of Toronto Mississauga (UTM). Laurier needed to win in order to have a chance to be put in pool A to win the tournament. Laurier had a much better start to this game than their last one against Conestoga. They controlled the play in their own zone for much of the first period. They had a good forecheck throughout the period and were able to get a power play.

The UTM goalie however was standing on her head for the majority of the period, stopping numerous chances in front of the net. Because of her play, the game remained scoreless going into the second period. In the second period, not much changed from a pressure stand point in the game.

Laurier kept pushing and pushing throughout the whole period, but nothing was getting past the UTM goalie. Finally, with time running down in the second period, Laurier was able to break through when a shot by Shannen Head from the point was able to find its way through traffic and get past the goalie with one second left on the clock.

That goal seemed to give Laurier a little bit of life going into the third period. In the third period, Laurier continued to control the play. But then, when UTM had the puck in the Laurier zone, Kristin Cavarzan delivered a big hit in the offensive zone. Unfortunately, checking is not allowed in the tournament and she got sent to the penalty box. On the ensuing power play, UTM was able to score to tie the game up. But the hit by Cavarzan seemed to give Laurier a spark.

After the UTM goal, Laurier continued to apply pressure, finally cracking the goalie for another goal and giving them the lead, 2-1. At that point, the game started to get out of hand. Laurier added another goal two minutes later when UTM wasn’t able to clear the zone and put another one in for good measure. Laurier was able to win the game 4-1, giving them a good chance to advance to pool A and a shot to win the tournament. After the game, Head talked about what they did in order to give themselves a chance at scoring more goals. “We cut down our shifts a lot more and spread out more and took our time more and we were able to get the opportunities.”

Laurier unfortunately was not able to advance to pool A in the tournament thanks to tiebreakers with other teams in other groups. But they were put in pool B, a consolation bracket that would allow them to gain valuable points that can be put towards the Challenge Cup tournament in March.

Laurier started their bracket against Lakehead University. Like a majority of the games before this, Laurier was controlling the game from the start. They had strong play in the offensive zone, but couldn’t capitalize on any of their chances. Lakehead was able to score off a rush to put them up 1-0 early on in the game and the score stood going into the second period. Laurier picked up where they left off early in the second period pushing the pace and putting Lakehead on their heels. But to no avail, they hit a couple posts and couldn’t put one past the goalie.

The third period began and frustration started to set in for the Laurier Golden Hawks. It seemed like nothing they were trying was going in. After they took a hooking penalty they still were able to generate a scoring chance, but that went off the crossbar. The height of the frustration came midway through the period when a loose puck seemed to walk the goal line while a mad scramble in front of the net ensued. Lakehead covered the puck with an open palm and that gave Laurier a penalty shot. Laurier missed the shot however, shooting wide. That was their best chance because Lakehead was able to add an empty netter to give them the victory 2-0.

The loss to Lakehead eliminated the Golden Hawks from the tournament and gave them a major hit in the Challenge Cup standings. It remains to be seen how much needs to be done in other tournaments for Laurier to qualify for the Challenge Cup in March.