Is Spotify killing the music industry? 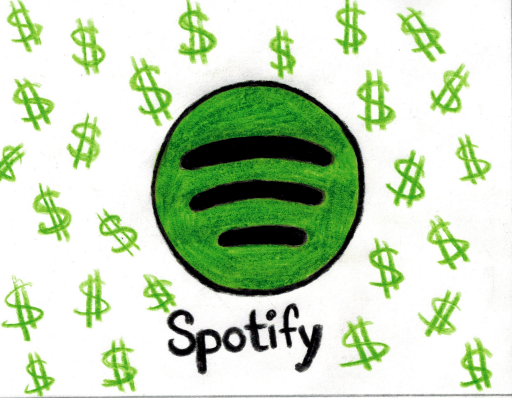 Times have changed since the days of LimeWire and other services that allowed for the free download of music. The sales of albums have really taken a hit since the development of music streaming apps such as Spotify and Apple Music. It looks like these services will be the reason people will no longer have to purchase another album or song. Ever.

Spotify is an app that offers music streaming services to its customers. Spotify Premium offers unlimited music streaming for $10 a month. Spotify customers can also download the music they stream from Spotify on their computers, tablets or phones. In addition, Spotify likes to cater to its customers with its radio functions and by creating playlists with different songs, so people can conveniently expose themselves to new music. Apple Music and Pandora have similarities to Spotify, with a slight difference in fees. All these services for a fee of $10 have guaranteed the halt of purchasing music.

Let’s look at what music streaming has done to the music industry. Spotify is responsible for 86 per cent of the music streaming market in the U.S., according to the Wall Street Journal. Artists such as Pharrell have experienced the effects of music streaming. The massive hit song ‘Happy’ released in 2014 was streamed up to 43 million times, and has only received about $3,000 in royalties – according to Business Insider. This doesn’t sound right. If Pharrell were to have received a percentage from each stream his royalty cheque would have been tremendously higher. Other artists such as Taylor Swift have expressed their issues with music streaming. Swift took a stand and decided to make a complaint about Apple Music’s free-trial period, according to BBC News. The period lasts for about three months, and Swift was not happy about this. A quote published by the Daily Mail UK shows Swift’s unpleasant feelings about Apple Music and Spotify’s motives: “I’m not willing to contribute my life’s work to an experiment that I don’t feel fairly compensates the writers, producers, artists, and creators of this music.” In addition, Swift will not allow Spotify to stream her album ‘1989’. As a result of Swift’s criticism, Apple has decided to arrange for royalty payouts to its artists. Wow. Swift showed them who was boss.

Music streaming has definitely had a negative effect on the music industry. Artists do not seem to be making a lot of money from their projects anymore. It seems as though upcoming artists and headline acts will have to focus on touring and publishing deals to compensate for the loss of record sales. Summer is the season where festival and concert dates are in demand the most, so let’s hope they can cash in. On the other hand, consumers are jumping for joy knowing that they don’t have to pay much for music. Seems like a fair cause for celebration, no?

Hopefully, artists and their management teams can find a way to compensate for their losses. Free music is cool but not getting paid for your work is not. 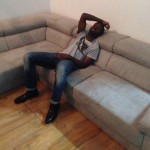