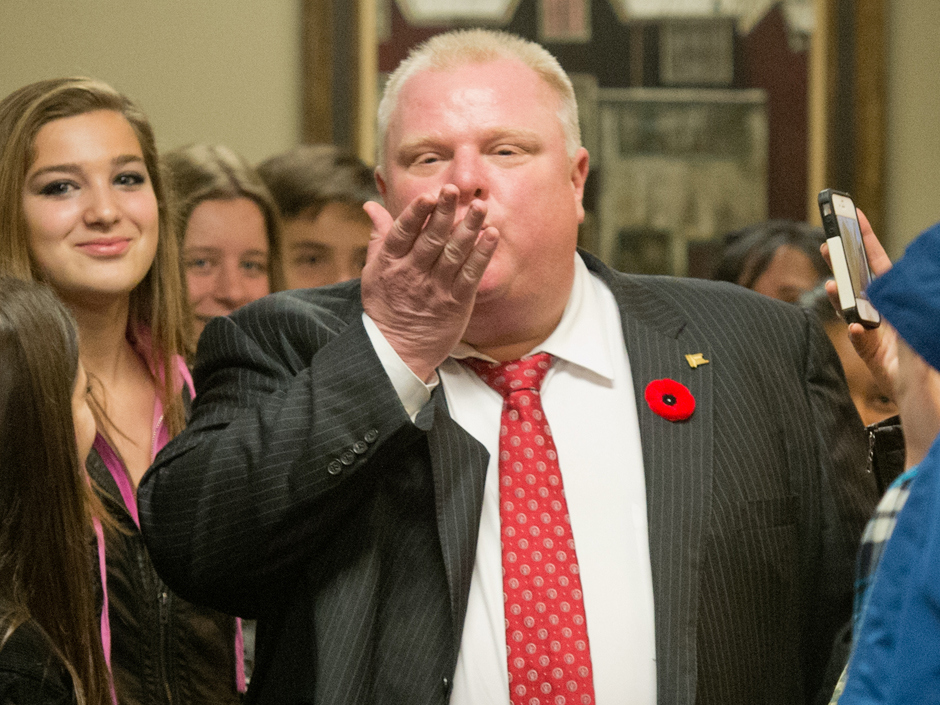 November 7th, 2013 – TORONTO, ON: Toronto Mayor, Rob Ford is in the fire again after the release of a video. Not the crack video everyone has been expecting, but another video taken from a phone of Mayor Ford losing it.

The video, released by The Toronto Star on Thursday, has been swamped by views and has distributed quite a bit of concern to torontonians.

“I was very, very inebriated,” he said. “I’ve made mistakes. All I can do is assure the people that I…I don’t know what to say, I just wanted to come out, I wanted to, you know…”

“When you are in that state…I hope none of you have ever or will ever been in that state. That’s all I can say.”

This video released just a week after Toronto Police Chief, Bill Blair, announced that the Police had redeemed a video of the Mayor reportedly smoking crack cocaine.

November 5, 2013, Ford was again quoted. This time, with a different story. “Yes I have smoked crack cocaine.”

Halloween morning, Torontonians and Canadians alike were shocked at the news from Toronto Police Chief Bill Blair who announced the custody of the famous crack video.

Everyone in the GTA has been abuzz over the topic of the videos existence for months; a video showing Ford smoking crack cocaine.

Once word was out that the video had been retrieved, it took Ford five days to confess to the media what he has been denying for months.

Ford’s story has been covered globally; with catchy headlines to leave many wondering what kind of man truly runs the fourth largest city in Canada.

“It is what it is and I can’t change the past,” Ford stated when he spoke with a media scrum on Tuesday. The Mayor had been using the same lines for months: I do not use crack cocaine and I can’t comment on a video that doesn’t exist.

Not only does the video exist, but a lot of Torontonians are upset. Those who did believe Ford was a drug free man are left questioning his integrity.

“I wasn’t lying, you guys didn’t ask the right questions, and no I do not do drugs. I’ve made mistakes in the past and all I can do is apologize.”

The lack of professionalism in his admittance to his use of crack cocaine leaves many wishing Ford would resign. Regardless, he insists on not taking a leave, and running again for Mayor next year.

“I feel like I got 1,000 pounds off my back,” Ford told the Toronto Sun. “I felt I had to say it. It is what is. I feel two inches high right now but I needed to deal with it. I am not going to quit or take a leave.”

Confessing before getting caught is probably the best way to deal with the situation Ford is in at the moment, given his circumstances in order to please those who are still on Team Ford.

“These mistakes will never, ever, ever happen again. I kept this from my family, especially my brother, Doug, my staff, my council colleagues because I was embarrassed and ashamed. To the residents of Toronto, I know I have let you down. And I can’t do anything else but apologize and apologize and I’m so sorry.”

Other than apologizing, The Mayor has a year to show change and progress, before elections run once again.

Hopefully The Mayor does not make any more decisions when he is under the influence of alcohol, or in his words “drunken stupor.”