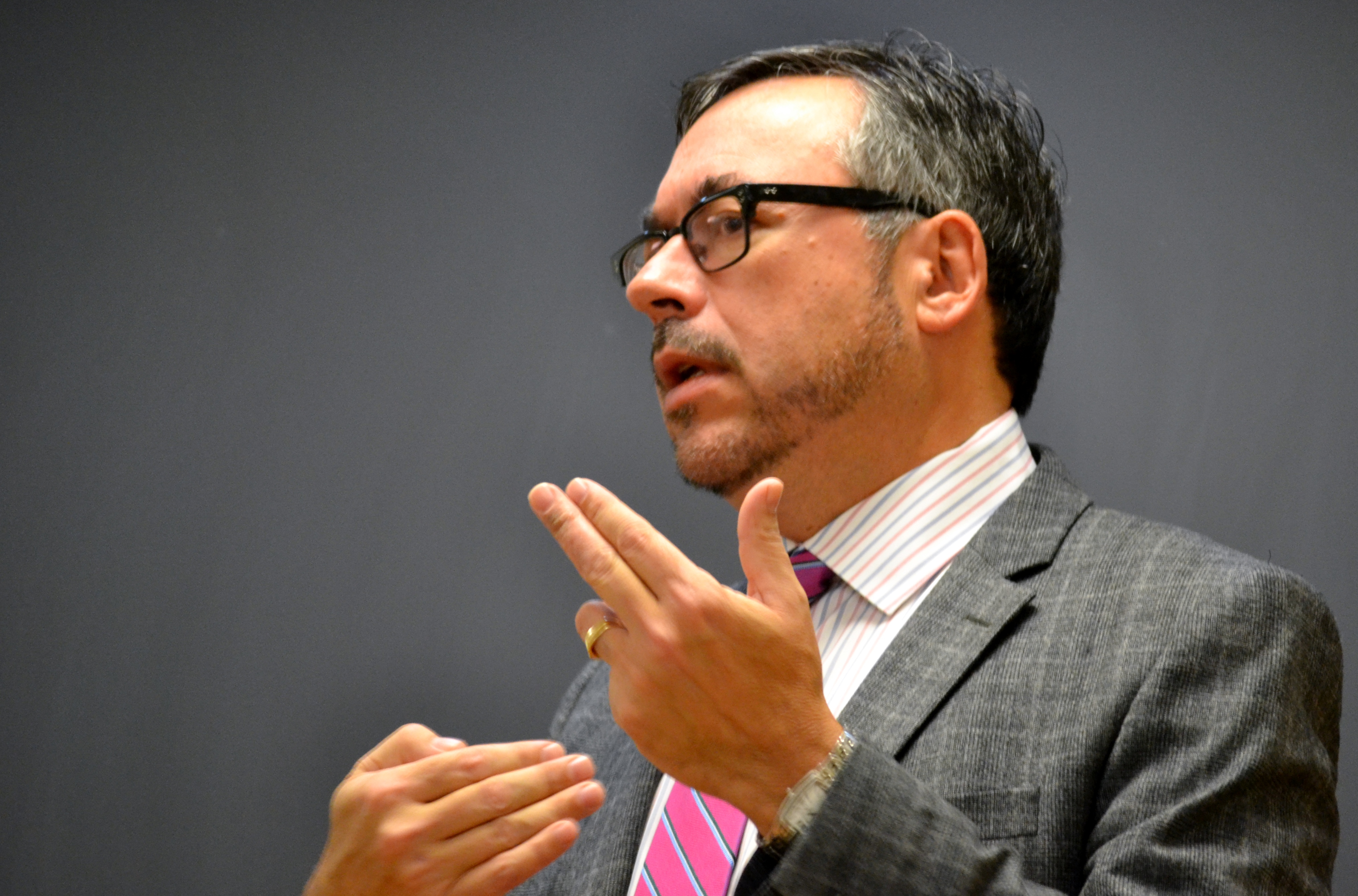 Former Globe and Mail columnist and now writer, radio co-host and television personality on Rogers’ Sportsnet, Stephen Brunt made an appearance at Laurier Brantford to discuss the state of journalism, most notably in his field of sports, in Canada as part of the campus’ Laurier Brantford Journalist Symposium.

Sports content in journalism is a business all on its own, with huge interest coming from two of Canada’s largest media conglomerates, Bell and Rogers. “The world of sports journalism … is dominated by those with a vested interest in them … and the telecoms [Bell and Rogers],” says Brunt. This is exactly why he got out of the print industry and into broadcast media two years ago. With Rogers’ dedicated sports network, Sportsnet, he knew as a sports journalist, he’d be more valued than in print where sports journalists in many cases are overlooked.

It is sports’ attachment level that is unlike anything else that allows them to generate more interest than any other kind of news. And above all, people want it live, and have their passion for sports satiated 24 hours a day, seven days a week, 365 days a year. “Sports is PVR proof … You want to watch it when it happens … The immediacy is important,” Brunt explains. This is what defines today’s media landscape – it is all about television and the Internet and not print.

Sports fans make up a large social community on the Internet and reporters more and more are tapping into these communities as moderators and direct contributors into discussions with fans. Social media site Twitter is the prime example of this, allowing journalists to connect with wider audiences in real time not possible through television. “Rather than just consume and walk away, we are all a apart of these temporary communities and again, sports is one of the easiest ways to create that – there’s always a trend,” Brunt says.

But interestingly enough, Brunt hasn’t ventured into the Twittersphere. “I kind of lurk, I just don’t contribute,” Brunt says. “I think in some ways it dilutes the other work you do. I’ve got many platforms to say what I want to say … and my job isn’t to break news at this stage.”

In this sense, although Brunt is pursuing different platforms to broadcast his message, there still lies within the fundamental desire to address scores, but the larger issues and insightful perspective on sporting events in ways that may become lost in amongst the multitude of sports pundits that dominate the sports networks, blogs and websites. Some are good, with Brunt pointing toward blogs like ESPN writer, Bill Simmons’ Grantland, but much will be weighed down by the frantic debates over whether the Leafs will ever win the Stanley Cup.

However, Brunt acknowledges the fact that at least in part, he is a part of the bigger business model that conglomerates like Rogers create and invest in. Even though he addresses real world issues in sports, there is more to that. “I can address real world issues with the context that people are playing games, but I’m also in the business of spinning fantasies,” he says. “I’m ok with that. It’s a living … and I can say the things I want to say, but I’m not going to pretend I’m not part of the machine.” This is the reality of sports journalism in the 21st century.