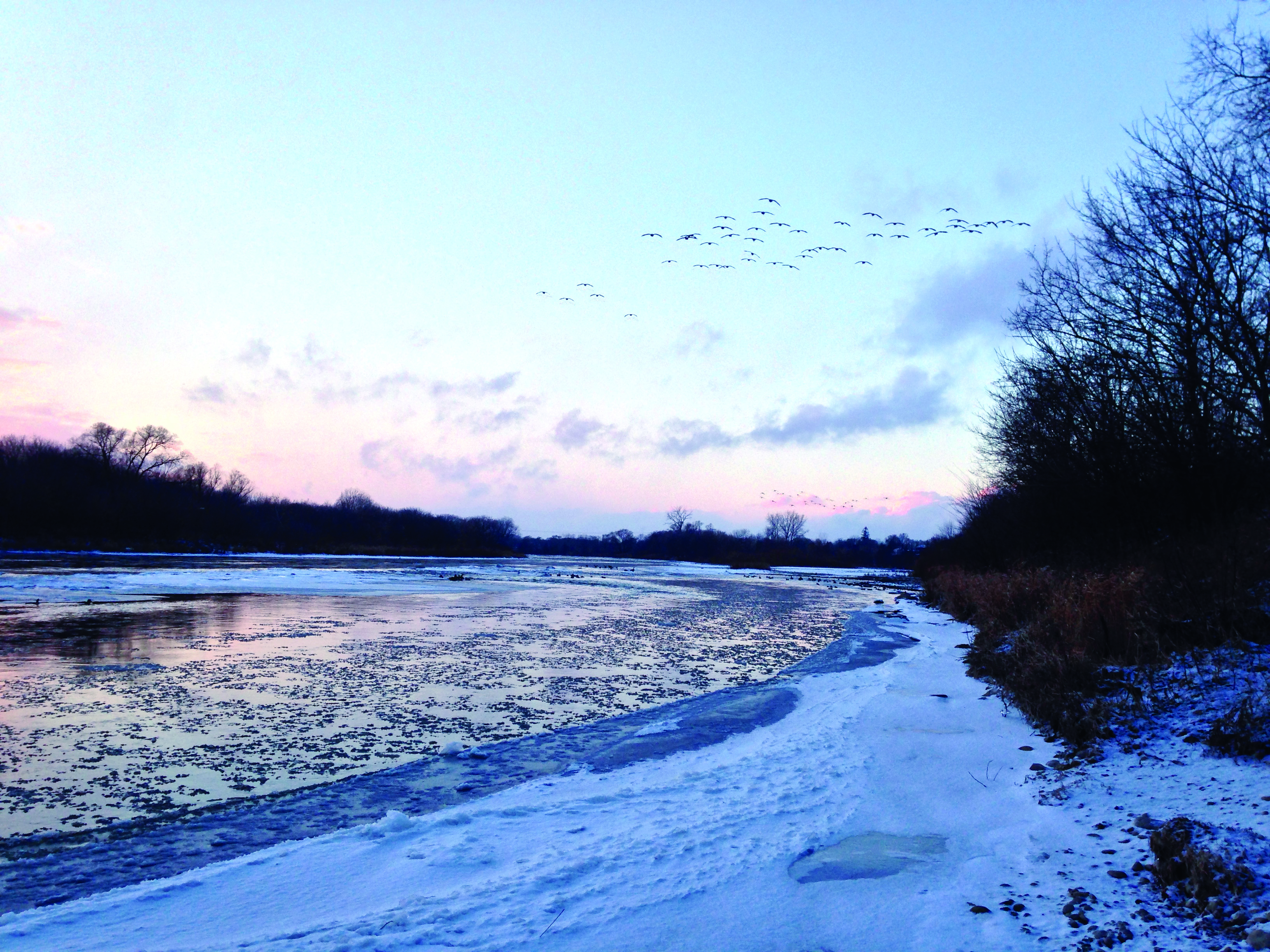 A The Grand River Conservation Authority are advising civilians to keep themselves, children and pets away from the river banks.

Because of the warm temperatures occurring, ice-covered rivers, streams and ponds may have weakened.

“It’s not unusual to get one or two warm spells over the course of a winter, including one in January,” said Dave Shultz, the Manager of Communications at the Grand River Conservation Authority. “While we had the warm, rainy spell, we saw flows rise in many rivers and streams, but we didn’t experience any river flooding.”

“One thing that the warm spell did was cause some ice to move down the Grand and its tributary rivers,” Shultz explained. “There’s now a lot of ice lodged in the Grand River through Brantford.”

The Grand River goes through some big turns in the southern part of the city where there are a lot of shallow areas, so it is not unusual for the ice to build up in these locations.

“We call this an ‘ice jam,’” explained Shultz. “When there’s an ice jam, water will back up behind the jam just as it would behind a dam.”

GRCA staff will continue to monitor the rivers in case of an ice breakup causing an ice jam. This has the potential to lead to rapid flooding during a mid-winter or spring melt.

“The dike system in Brantford protects the low-lying parts of the city in West Brant, Holmedale and Eagle Place,” said Shultz. “In 1996, during a mid-winter melt, the water level in Brantford got to within a foot of the top of the dikes, so there was a risk of water spilling over the top and flooding some neighbourhoods.

“Fortunately, the ice jam broke and the water levels dropped.”

Shultz said Brantford is still far away from a repeat of that situation, but “GRCA and city staff need to keep an eye on the jam in case conditions change.”

They will issue updates as required.