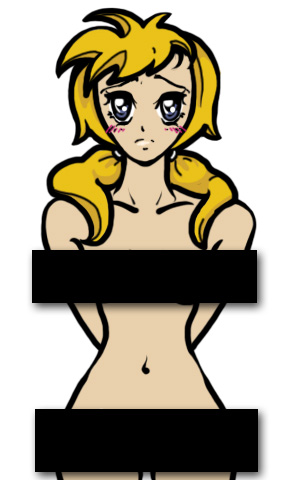 Human sexuality is incredibly diverse and we all have different preferences, likes and dislikes. For instance, some people might enjoy adult videos featuring same-sex couples. This is not everyone’s thing, and it falls outside of the “norm” for sexuality — but does this mean that it should be ripped off the shelves for being ‘disgusting’? Similarly, hentai is not everyone’s cup of tea, but it is not harming anyone as long as it is only being viewed by willing adults. If you don’t like it, then don’t watch it; nobody is forcing you to. We should not penalize people for their sexuality just because we do not understand it or because it does not fit with some constructed notion of “normal”.

Congratulations on having a different opinion from many.  Some people like baseball. Some people like spicy food. Some people enjoy erotica of a wide variety of forms, and there is perhaps no beast as full of variety as sexuality.  This doesn’t make it wrong, unsexy, or revolting as you claim.  Some people would find what YOU fantasize about revolting, while you consider it completely normal.  You realize that outside of North America, most countries fear their children being introduced to violence while sex and alcohol are considered natural and acceptable?  Get out of your damn shell, kid.

A small article cannot even begin to scratch the surface of the subject you have delved into.  Your child hood is not ruined because you googled for pictures of Misty playing with Brock’s pokéballs.  Who cares if you feel creeped out at other’s enjoyment in gay/lesbian/tentacle animation.  The brain is by far the best organ to stimulate for pleasure, and there are countless genres and avenues of fantasy for people to pick for themselves — none of which are wrong.  Maybe one day you’ll grow up and learn for yourself that this is okay; shed your ignorance and disdain for those people and acts with which you do not participate.  Just because you don’t want to see Sailor Moon and Tuxedo hook up (why did you watch that anyway) does not mean other people who pondered the theoretical perspective of such a thing taking place are in some way sick and twisted.  Extrapolating in the abstract in such a way is a powerful life skill for the brain that you wish truncated, how toxic of you.
Many other things are going to ruin children more than animated erotica.  Grand Theft Auto, having an IPhone at the age of 5, having school reduced to such automatic-pass with teachers teaching to the lowest level in the class, alcoholic parents, drug use, jail time, entitlement, never knowing failure/loss until adulthood, modern lyrics in music, obscene gore movies, etc.  Hentai won’t be seen by everyone; it will be shunned/ignored and forgotten for those who don’t care about it while enjoyed by those who do. It ruins nothing. It is no more or less traumatic in it’s own right than any other form of erotica, vulgar brutality, or explicit music.  It sure as hell doesn’t ruin your life unless you choose to trouble yourself over it.  Trouble yourself over other matters if you want to make a difference. Politics, social empowerment, innovation, charity.  Strive for doing actual good as opposed to attempting to push others down for their beliefs.  You know what that is called in elementary school these days? Bullying.  Go home, bully.
I happen to think the censored woman from the article is attractive. We could all certainly do much worse. Does this disgust you? Too bad. It’s none of your business.

To start with, it is mentioned several times in the article that it ‘ruins childhood.’ What they fail to realize is that it is not geared to children at all, and the only way to find these things is to actively search them out on 18+ websites specifically created for content of that sort. Unless a child is completely left to their own devices without any supervision, it would still be difficult for them to stumble upon because these sites usually require registration.
In the article the example of Sailor Moon and Pokemon were both used. The Japanese are actually not as skittish as we are in North America about sexuality. In the last book of Sailor Moon, she and Tuxedo Mask get married. That is when she reveals she’s pregnant with their child, because a night or so prior they had been in bed together. Contrary to popular belief, babies do not come from the cabbage patch, so it’s pretty obvious where that came from. Is it outright there? No, but its intended audience can probably put two and two together on that one.
Pokemon may not have that same aspect, but it is a little more grown up than one might expect. Given the age of the young Ash Ketchum, it comes as no surprise that his Japanese counterpart Satoshi is a bit of a womanizer. At one point he even had a crush on his rival Gary Oak’s older sister, and has had many love interests throughout the series. Although not directly related to sex, the Pokemon manga series is actually quite brutal with its battle sequences. Satoshi actually forfeits a match because his Charizard was so brutal against the Pokemon of his opponent, as seen by the bloody mess and violent attacks.
Back to the topic at hand, why is it that hentai is where the line is drawn? Is the artwork of adults intended for other adults somehow worse than big real life issues such as pedophilia and bestiality? These are the types of things that are found in the far, dark corners of the internet. A child is not going to pick up a book in a store and find Ash and Misty ‘doing the nasty.’ They would have a better chance of accidentally stumbling across a harlequin romance novel or 50 Shades of Grey then seeing their beloved childhood characters in compromising positions. Some bookstores inadvertently order yaoi and/or yuri manga into their stores, but by law they are required to remain in plastic wrap and only opened upon purchase. This is in place for children not to stumble upon them.

In the US alone, the pornography industry makes about $13 billion dollars a year. Want to put that into perspective? That’s more “than Microsoft, Google, Amazon, eBay, Yahoo, Apple and Netflix combined.” However, that’s pennies compared to the nearly $20 billion dollars spent in Japan on pornography in 2012. Often times pornography pushes the boundaries – for pornography, anyway. In those same dark corners of the internet there can easily be found some interesting pornography parodies such as Smurfs, Shrek, and a fairly recent American Dad parody involving the entire family including the underaged children. Why does this industry go exempt, yet the fire and pitchforks go against the hentai industry which is not including real people at all?The manga artist and author of the popular ‘boys love’ series Gravitation created herself what were called ‘mixes’: pornographic shorts of her own characters that could not be included in the manga as it was already rated OT for Older Teens 16+. In closing, this argument is the same argument used by those who oppose gay marriage. ‘It will ruin childhood!’ they say, ‘How will I explain this to my children?!’ they say. Chances are, if you’ve found a picture of cartoon characters in compromising positions, that is something the child has looked for themselves. It is not ruining childhood because they themselves sought it out. Who are we to say what we as adults can and cannot do? Often times while it may look like they have used the characters as is, they’ve actually been ‘aged up’ and specifically indicated that they are intended to be eighteen or over. This is make believe, and to be honest it’s downplaying a very serious and real issue of children actually being sexually abused.  We let children read books such as Charlotte’s Web where a beloved character dies, The Outsiders which portrays gang violence as well as underaged drinking and smoking, Animal Farm which is a political allegory they probably don’t understand, and Call of the Wild which plays on primitivism and Charles Darwin’s ‘survival of the fittest.’ We expect them to understand these often controversial themes up into highschool where most Shakespearean  texts had sexual scenes, yet they aren’t allowed to encounter this with characters they know and relate to? Sounds a little contradictory to me. How about the original fairytales, in which Ariel commits suicide and Sleeping Beauty has been raped and impregnated? Shall we blame Disney for our pre-conceived notions of these tales as well? If these things so easily ruin your childhood, then you have given up far too easily on the characters and stories which deserve more respect and admiration than that.