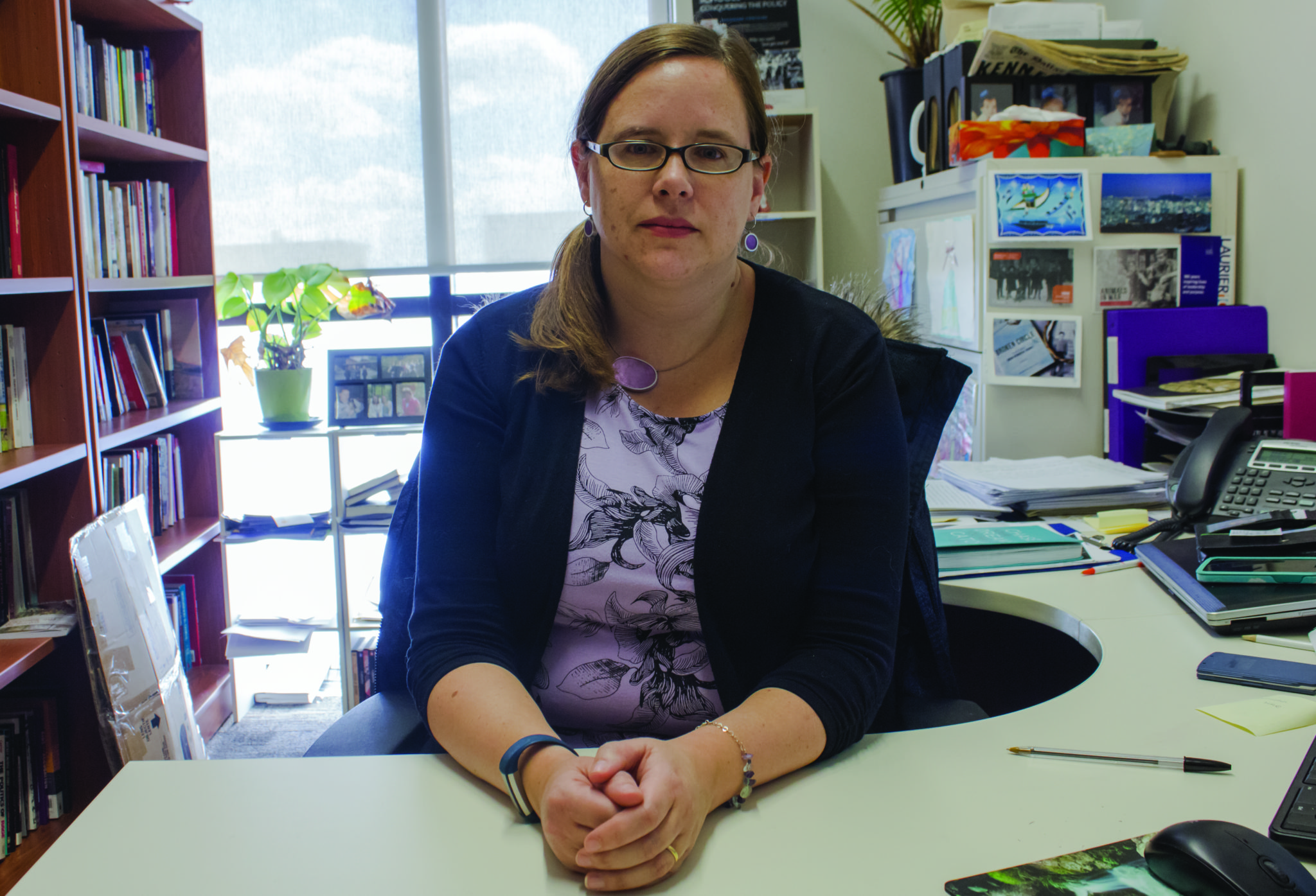 When you think of adoption what do you picture? Maybe a loving smiling family with two parents and a child.

Today adoption and fostering in Canada has been opened to include the many different definitions of family that our society holds. A family may adopt or foster a child who is a different race or ethnicity. A child may be adopted or fostered by parents in a non-heterosexual relationship or maybe even by a single parent. When we think of adoption or fostering, we usually think of inclusivity of the definition of family, but that wasn’t always the case.

Dr. Tarah Brookfield is an associate professor at Laurier Brantford, as well as a historian. She has dedicated recent years to research involving the historical context of child welfare work in the 20th century. Her research explains the parameters of adoption and fostering have changed over the years in Canada. It wasn’t always the loving, smiling family we pictured it to be.

“In Ontario it wasn’t until 1921 that there was a law in which you could take a stranger into your house and adopt them. People had always taken in children who were homeless or orphans but usually it was for free labour,” Dr. Brookfield explained.

Although adoption became less of a stigmatized method of having a child, orphanages still continued late into the 50’s. “I’ve done work on a particular orphanage in Brantford that was just for girls which was a really interesting case because it was very unusual” said Dr. Brookfield. “It was a private orphanage in which there were girls who were born from Brantford and Brant County. There were girls who came over from England. They were emptying out orphanages in England that were overcrowded and sending them to Canada to hope that they find placements and homes. As well as Indigenous girls.”

The reason why this orphanage was so unique for its time is due to what Dr. Brookfield describes as interracial and trans-national characteristics. There were not many orphanages at the time that doing this.

Dr. Brookfield was able to find an old photo album with pictures of these girls from the orphanages.  “They [those who worked at the orphanage] did a sort of analysis on them and tried to track what happened to them after they left.”

Dr. Brookfield said that it wasn’t until the 50s that laws around adoption started changing again, accepting that a family could adopt from outside their race. “Always in the adoption system it was white middle class families adopting because they had more resources and power in their communities to make those choices but previously children who had come from mixed backgrounds who were Afro-Canadian or Chinese-Canadian it was hard to find them families.” Dr. Brookfield explained that that these children were often called unadoptable.

Dr. Brookfield added that previously the child welfare system wanted adoption to be seen as seamless and discreet as possible. “Everything down from the hair colour to the eye colour would be matched.”

Dr. Brookfield also addressed the issues surrounding foster care in Canada and how it has changed as well. “I teach a course called Adoption: Past and Present it’s for Youth and Children Studies and a lot of those students will go on to potentially work in the child welfare system. It can be an uncaring system but it is so much better than what it used to be a hundred or two hundred years ago.”

Dr. Brookfield was very transparent about the shortcomings of the fostering system. She explained that there are often times children who fall between the cracks of the system and are often left in vulnerable or abusive relationships.

With as many negative stories you hear about foster care there are also many positive stories as well.

Again, Dr. Brookfield’s research brought her to how laws had changed again to allow for international adoption. An expensive method but Dr. Brookfield mentioned that there are avenues that one can use such as applying for these children as wards of the states, which would usually cover most of these international costs.