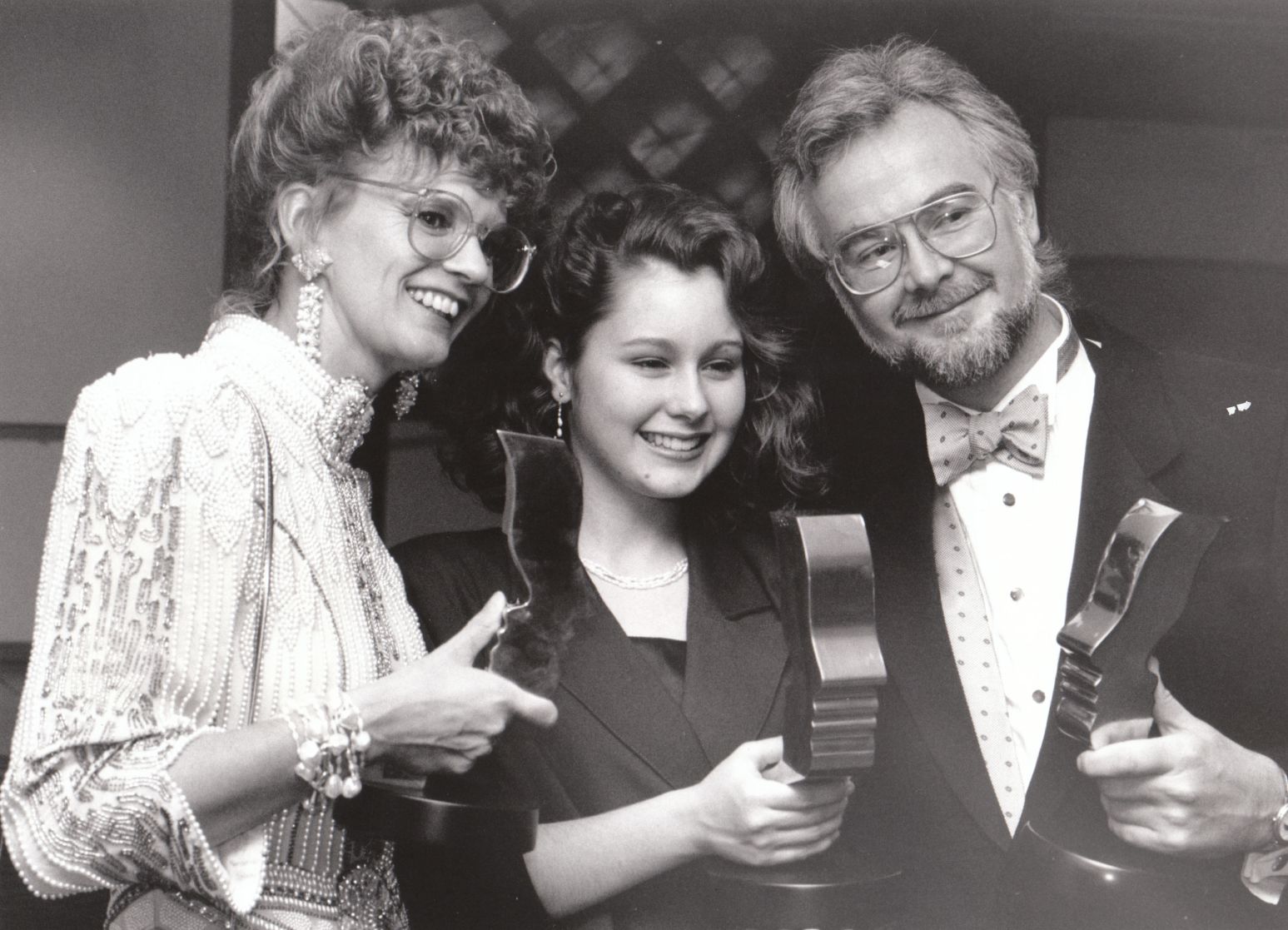 Linda Schuyler has always been ahead of her time.

Her strongest memory growing up in Paris, Ont. just outside of Brantford, is her father teaching her how to drive. They used to drive around the Paris Fairgrounds on Sunday afternoons before she got her license.

“As much as one loved Paris as a child growing up, you couldn’t wait until you turned 16 and got your license to spread your wings a bit,” she said.

Schuyler and her family moved from England in the 1950s and she spent most of her childhood in Paris playing by the Grand River. During the week she would walk to and from school about a mile away.
She had a lot of freedom as a child.

“Come home before the streetlights come on,” she said her parents would say.

This carefree childhood later led Schuyler down the path to university. She accepted a math scholarship at the University of Waterloo, but soon after left when she realized math did not interest her as a career. The 1960s is a time when life was about “free love and the hippies,” she said.

So she packed her bag and set out to travel the world. She was planning to stop at a few places to gather some money to keep travelling.

“Well it didn’t go as I planned,” she said, “I hadn’t even left England before I was involved in a very bad car accident … so I had to come home.”

Schuyler remembers being more embarrassed than anything else about her not being able to travel like she planned. After she recovered, she decided to go to teacher’s college.

“I really thought, oh second choice … I really wasn’t too excited about it,” she said, “until I started practice teaching and then I really started loving the kids.”

At Earl Grey Senior Public School in Toronto Schuyler admired the amount of diversity in ethnicities, religion and language in her class. This gave her the idea to do a short documentary on her students; Between Two Worlds.

The school principal found Schuyler some money to make the documentary even though at the time she didn’t even know how to use a camera. She had a crash course at the Toronto Filmmakers Corporation and had enough in her budget to hire a professional editor.

“I sort of learned on the fly,” she said.

That’s when Schuyler realized her passion for storytelling and met friend and co-creator of Degrassi, Christopher (Kit) Hood.

“It was an ideal combination … we used to laugh saying he was form and I was content,” she said with a smile.

Unfortunately, a few days prior to this interview Hood passed away unexpectedly.

Schuyler remembers her friend and partner of Degrassi for 16 years as someone with a “lovely wit and charm.”

The hit Canadian TV franchise currently has 500 episodes during five different generations. It is best known for its daring but realistic storylines as teens navigate through their high schools years.

“What I’ve been most proud of is how we have been able to keep up with the times, and yet not lose the passion and the building blocks that make Degrassi good,” said Schuyler.

Some of the most talked about storylines include sex and teen pregnancy, characters of the LGBTQ+ community and a character who died by suicide.

Tarah Brookfield, associate professor at Laurier Brantford, remembers the powerful suicide storyline. In Degrassi High there are two characters in a relationship and the male in the relationship ended up killing himself because of the breakup.

As a teen, Brookfield was in a relationship that she wasn’t happy with. She broke up with her boyfriend and he threatened that if they didn’t get back together he would take his own life. Terrified, Brookfield called the Kids Help Phone and got him some help.

“I don’t remember being inspired by the show but seeing something I’ve gone through was comforting, you weren’t going through things alone,” she said.

The storylines about sex and pregnancy explored how different characters either kept or gave up their babies for adoption.

“All of the stories were possible realities out there,” said Brookfield.

Growing up watching Degrassi Junior High and Degrassi High, Brookfield said she felt like she was watching real people and connecting with them.

The later generations of the show explored more LGBTQ+ storylines such as characters who were gay, transgender and non-binary.

“Even to this day she [Schuyler] tried really hard to make it inclusive … storylines about all minorities …and she’d been doing that since the ‘70s when that really wasn’t cool,” said Tyler Britz, third year history student.

When listening to Schuyler speak at Laurier Brantford this past month, Britz was surprised by how early in the series she tackled controversial topics. He was most impressed by a storyline about a character making fun of a person with a disability and how another character stood up for them.

Britz describes Degrassi as “ahead of its time.”

Teaching students over eight years inspired some of Schuyler’s most prominent characters. One memorable character, Stephanie Kaye, in Degrassi Junior High and Degrassi High, was inspired by a Greek girl she had in her class.

“I sort of took bits and pieces of each of them [her students] and created characters,” said Schuyler.

Their goal was to always tell realistic coming of age stories. To continue to do this Schuyler made sure they caste age appropriate actors and work shop all scripts with the actors having input.

Schuyler has owned and been the boss of her own business. That’s partly how she escaped sexism in the industry, she said.

“In my generation it was a completely male dominated field in all spaces,” she said.

Over the years she had the privilege to work with some “brilliant women” on the series from directing to editing.

The final season of Degrassi: Next Generation aired August 2015. After more than 40 years in the industry Schuyler is now going to shift focus to writing a memoir.