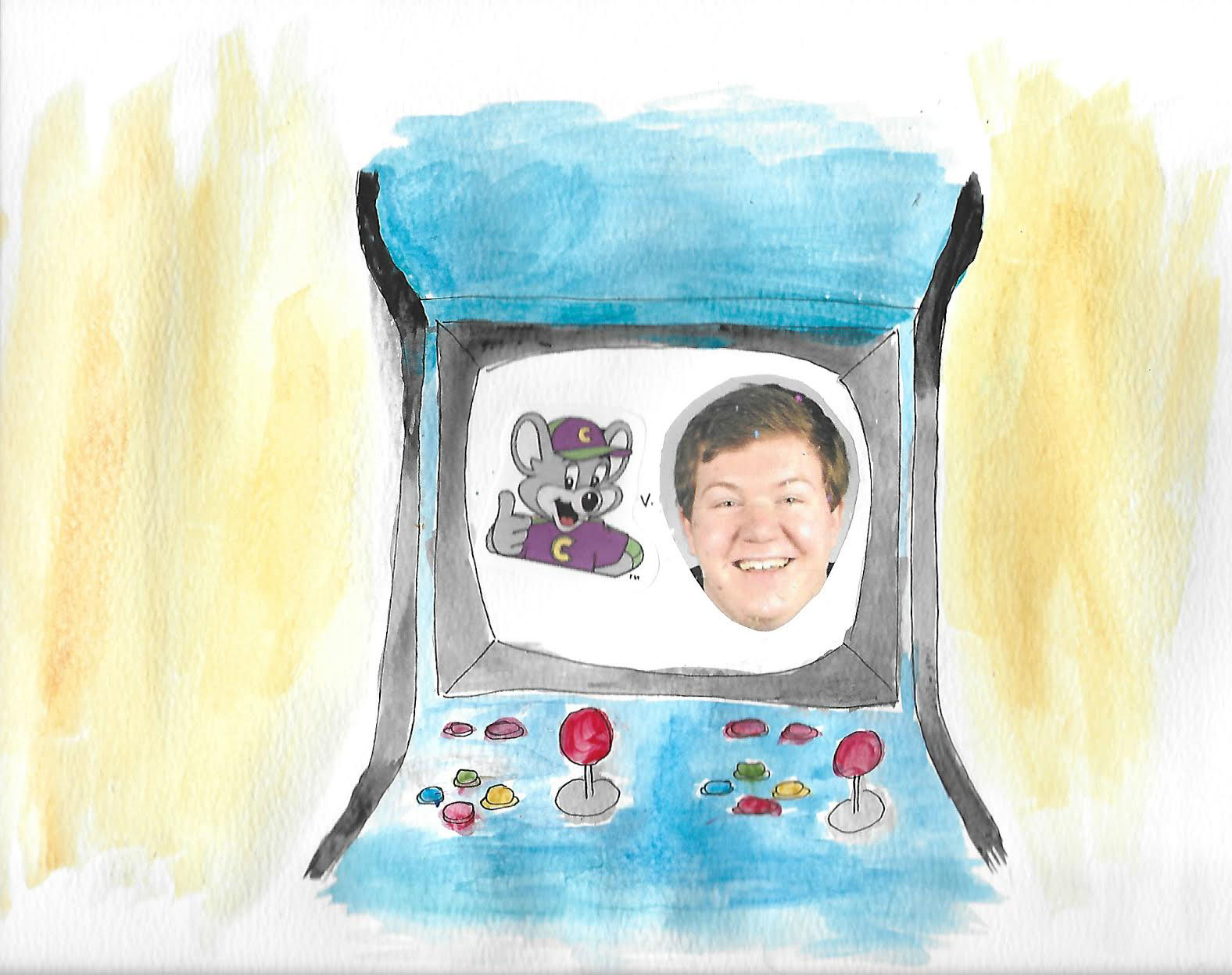 Visiting the restaurant where “kids can be kids” as an adult is not as awkward as you might think.

It might be safe to assume just about every kid that grew up in the 90s and early 2000s has been to a birthday party at Chuck E. Cheese’s at least once. I remember how it was a total blast running around between games with my friends back in the day. The last time I went to a Chuck E. Cheese’s was about seven or eight years ago, and I pass by one on the 401 in Mississauga every now and again. As it turns out, the restaurant is doing pretty well for itself based on a quick Google search. I found one in Cambridge and drove over on a Saturday afternoon to see if it was like I remembered. After prepping myself mentally for 10 minutes in the parking lot and promising my friends I would live tweet what it was like in there, I went inside.

For those wondering, Chuck E. Cheese’s is totally fine with adults coming in by themselves or without kids. When I first mentioned this idea to some friends I was told they had a policy where if you are by yourself they would not let you in. As it turns out, all they do is give you and your kid a matching stamp so no one can make off with your little ball of joy. I know this because I called in advance and let the manager know, “I just really want to play some Skee-Ball”.

It was a little uncomfortable at first, being the only person in there who did not have any company. There were some middle school kids running around, but aside from that it was all families with their elementary aged kids. I got up to the counter and asked for 75 tokens, which sets you back about $22. The girl working the cash register, Stephanie, asked if I only wanted one cup to hold the tokens, apparently it was obvious I did not bring any friends.

The place was absolutely packed and it was hard to find a game nobody was already playing. On top of that, there were new games based on pop culture from 2010 onward. The first game I played was an arcade version of Doodle Jump. There was also an arcade (highly confusing) version of Monopoly and a take on Frogger with a low-poly chicken. The Frogger rip-off was a lot of fun, it took a sideways glance from a mom to get me off the machine because one of her kids had his heart set on it.

After that, I wandered around between games. Some kid stole my tickets from my Skee-Ball game and I found out Guitar Hero only has half of the song you play (or I lost, I couldn’t tell). I decided to cut my losses and get some food. Two things every adult going to Chuck E. Cheese’s should know are that they serve beer and the pizza sucks. I sat alone watching the creepy Chuck E. animatron dance while sipping a Molson Canadian and eating a “personal” sized pizza.

To be honest, I expected to get some glances of distrust from parents while I was there. I had assumed my being at Chuck E. Cheese’s alone would be similar to if I just started hanging around a playground, what with there being a guarantee of children present. However, the only look I got was the aforementioned sideways glance as well as some “sorry my kid is bothering you”s mixed in. Unsatisfied, I asked an employee if they had their eye on me as a just in case.

According to the employee making sure kids do not leave without their parents, it is pretty uncommon for people to come in by themselves like I did. Couples do every now and again, but not often. The staff tend to just follow their gut on whether or not someone is here to prey on children or not. Thankfully I did not give the “here to steal your kids” vibe off to anyone.

All in all, Chuck E. Cheese’s is still fun to go to as an adult, but I would recommend going with some friends when it is quiet if you want to get a nostalgia trip.