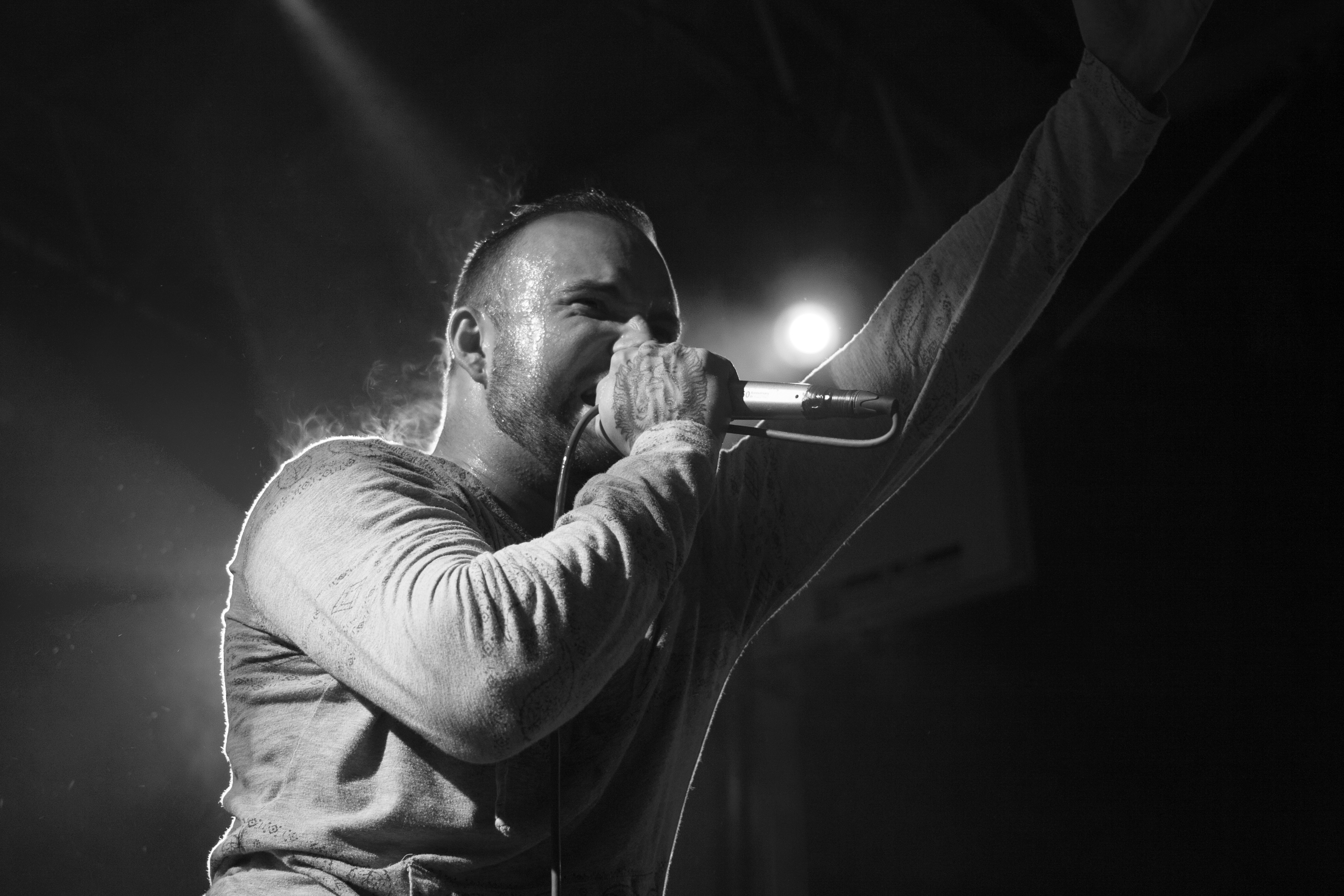 The Sputnik was able to speak to Jake Luhrs, vocalist, and Matt Greiner, drummer, of August Burns Red this past Saturday before their set at KOI Fest 2015. Below is our conversation where we talk about their new music, future plans, and the Philadelphia Eagles.

Dillon: So I wanted to ask you about some of the sounds on you’re new album.  You kind of take a different genre on a bunch of the songs, whether it be surf-rock or western, and put it in the middle of the songs.

Jake: Yeah. JB (JB Brubaker, guitarist) is our main songwriter, however a lot of us don’t really listen to metal music. But I think a lot of the outside genres that we do listen to a lot influences how we write , and the direction of where we’re going. JB has always been a big fan of bringing other genres and sounds into our songs, and I feel like that just started with “Rescue and Restore” mostly.

Dillon: On “Leveler” there was a bit of that I think.

Jake: Yeah on Internal Cannon. So its kind of always been there, and this album he’s kind of brought it into the record a little bit more.

Dillon: So how has feedback been to the new album?

Jake: I think the feedback has been great.

Matt: We’ll see today, going to be playing some songs live (for the first time) so we’ll see how people respond.

Jake: Yeah I haven’t been getting any bad feedback, you know its not that Im looking on social media to try and find it. It seems the kids really like it, the record sales are going really well, we’re really thankful that kids are out buying the record.

Dillon: I want to ask about some of the lyrical themes. The notion of “being found in far away places,” what does that exactly mean for you and the band in general?

Jake: The title of the record, “Found In Far Away Places”, was actually taken from the lyrics of Majoring In The Minors, which Matt wrote. And you know we all kind of have a different meaning behind what found in far away places means. For me personally its when you’re going through life and you hit tragedy, or really difficult times, and it seems like reality is really setting in. Its not like your living this monotonous or really basic routine, its like something comes and just completely obliterates you. You just seem like you’re in the desert and you don’t know where to go or what to do , that I think is when we really find our true inner selves – “who am I really, what am I really going to do here? Am I willing to make changes?” And also for me, a lot of it has to do with my faith in God, and recently I just went through some really heavy stuff, and I felt like I was in the desert and kind of just clung on to Him, and that’s what it is for me.

Dillon: (to Matt) Do you have any additional thoughts on that?

Matt: That pretty much sums it up.

Dillon: I feel like this is a low blow but I have to ask, being fans of Philadelphia sports teams, what are your thoughts right now of your teams?

Matt: The Phillies stink and the Eagles stink.

Dillon: I’m a Rams fan and I feel weird about this whole situation.

Matt: Its fine, we both stink but we’ll get better.

Dillon: People say ‘oh we really screwed you over with the Sam Bradford trade’ . I say ‘ I don’t know, I don’t think you screwed us over.’

Matt: We didn’t screw you over.

Matt: It was the worst game I’ve ever seen.

Jake: It’s the chemistry. The chemistry in the team is not there right now, we have a lot of new guys. I think Chip has got an idea and a vision, but you can’t just bring a whole bunch of different guys in, because they don’t have the chemistry or natural connection.

Jake: I’d actually not like to talk about it anymore because it makes me a little upset.

Dillon: So what’s coming up next for the band?

Jake: The record came out on June 29, and we did warped tour for eight weeks. Then we’re going to Europe in a few days, doing a tour there and then to Australia. After that, doing a headliner in the States with Every Time I Die and Stick to Your Guns.

Dillon: Who are you playing with in Europe?

Jake: Asking Alexandria, they are the headliners. Beside us is Memphis May Fire.

(photo of Jake Luhrs taken by Alex Vialette of The Sputnik)